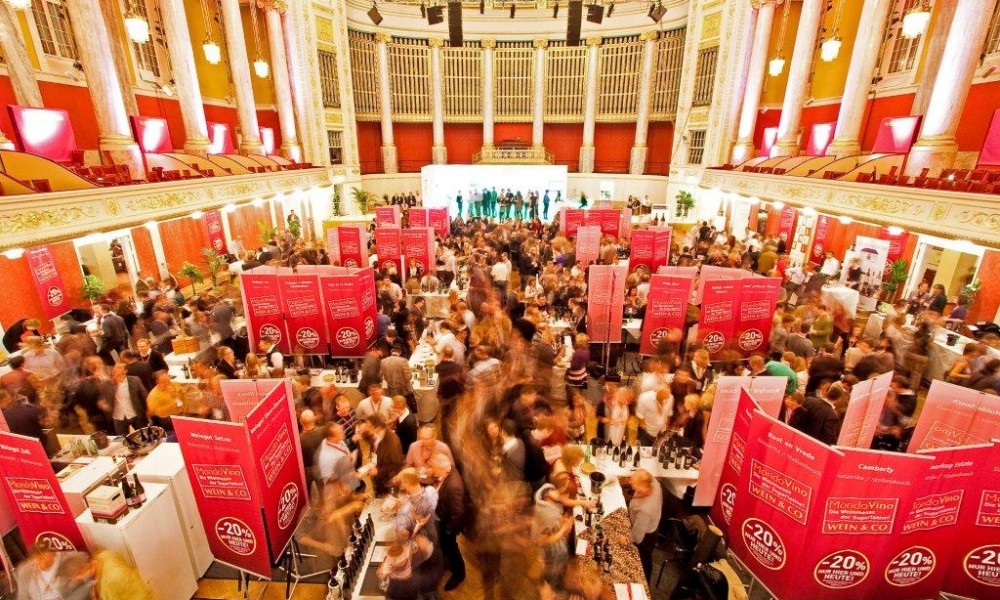 Incredible variety of wines with WEIN&CO.

The second MondoVino, the major WEIN&CO wine festival, took place in the venerable Vienna Konzerthaus on November 11 and 12. The genuinely classy venue once again set the perfect stage for this ultimate wine fair and again attracted thousands of visitors and connoisseurs, merry with wine and united with top vintners and producers from all over the world.

I had already booked my ticket comfortably online weeks ago. A wine-loving friend able to hold her liquor accompanied me, and we met with great expectations in front of the Vienna Konzerthaus on Saturday, the 12th of November at 3:00. Our expectations were more than fulfilled. Even the entry to the wine fair was superbly organized—the visitor ID was quickly exchanged for the online ticket, with no red tape. Equipped with a 280-page-thick, well-structured exhibition catalog, we left the festive staircase behind—armed with a glass of wine—and dived into the international wine world.

“Your glass is filled here!” 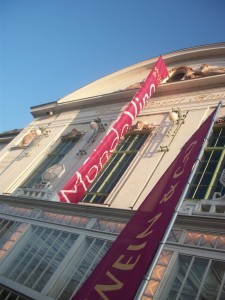 That’s what it said in the catalog, and that’s how it was, too. In the Large Hall, in Mozart Hall, as well as in Schubert Hall, over 200 vintners from all over the world, from Argentina to Australia, all the way to the United States (all of them WEIN&CO partners), offered more than 1000 different wines, sparkling wines, champagnes and lots more to taste. Resounding and well-known names such as Mondavi, Roederer and Niepoort, were represented. Of course, the Austrian vintner elite weren’t absent. Well-established giants, such as Umathum from Frauenkirchen, Zahel from Vienna and Feiler-Artinger from Rust, invited visitors for wine tastings. Alongside them, young, up-and-coming vintners such as Claus Preisinger from Gols, and smaller wineries such as Nekowitsch from Illmitz, also found an optimal platform for presenting their wine specialties. In WEIN&CO’s Fine Wine Lounge, genuine rarities could be tasted for a small service charge.

For a snack, there was the culinary choice of fine antipasti, and anyone who preferred to eat something warm could get their money’s worth with show cooking.

This was by no means everything—in the Large Hall there were lots of classy distillates, alimentary and other culinary specialties. Fine pastry variations from Hink, fancy foods from Fink, aromatic biscotti from Deseo, rajoles from Enric Rovira/Kuranda, tempting chocolate creations from Zotter and much more were available for gourmandizing. Classy spirits from Gölles, Reisetbauer and Poli were the “icing on the cake.”

Anyone who wanted to could order anything that especially tickled his or her fancy at a 20% wine fair discount with free delivery—a convenient service at the show.

My conclusion: The MondoVino is definitely worth a lengthy visit. I found the variety of wines to taste, the wonderful atmosphere and the variegated audience genuinely fascinating. For me, the 2012 MondoVino is already a must.