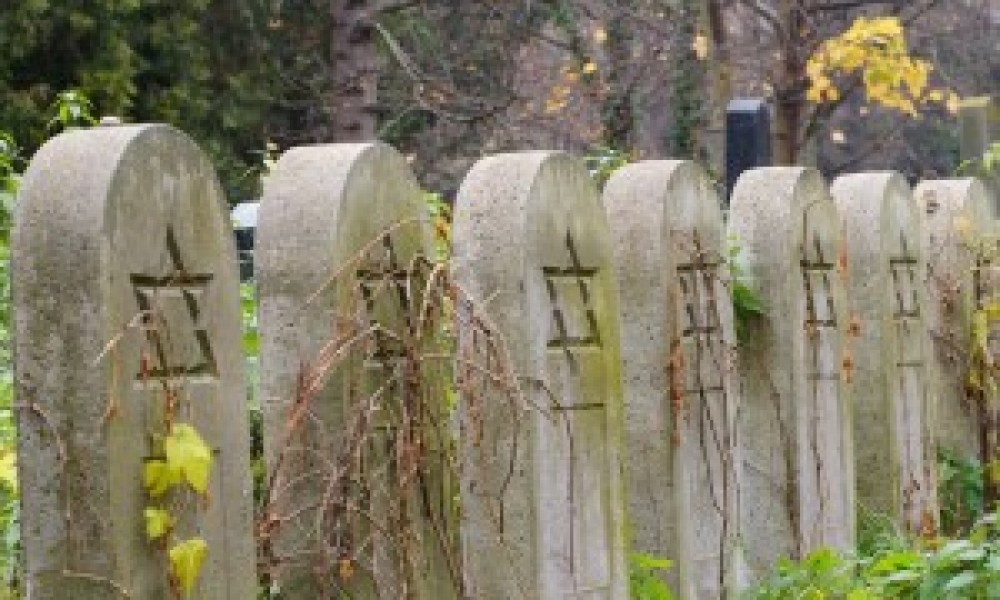 The cemetery located in Seegasse is one of the oldest Jewish burial sites still in existence. The cemetery is accessible via a retirement home.

When the cemetery was established can unfortunately no longer be determined. One has to admit, though, that at around 500 years, the oldest tombstone is remarkably old. What’s more, this occurred at a time when no organized Jewish communities existed. The cemetery was first officially mentioned and registered in 1629.

The Jews were expelled in 1670, yet an affluent Viennese merchant family paid a large sum to the community to secure the cemetery’s continued existence. Around 1700, Samuel Oppenheimer was registered as the cemetery’s proprietor—his tombstone is still located in the cemetery. He had the resting place restored and built a wall surrounding the cemetery.

Like many buildings in Vienna, Schönbrunn Palace was also renovated with Jewish money. Diego d’Aguilar(who is buried in the Seegasse cemetery) lent Maria Theresia around € 6.7 million (converted to today’s currency) for the reconstruction of her summer residence.

In 1941, the municipality of Vienna decided to dissolve the Jewish cemeteries—a few Jews remaining in Vienna succeeded, under grave danger, in saving several tombstones and burying them at Central Cemetery. Years later, these tombs were discovered and successfully moved back to the Seegasse cemetery.

I’ve personally been to the Seegasse cemetery several times to pray—this custom has established itself in our community (shortly before the Jewish holidays) and is practiced by many people who wish to pay their final respects to the deceased.

The photo was made by Mr. Peter Buocz.