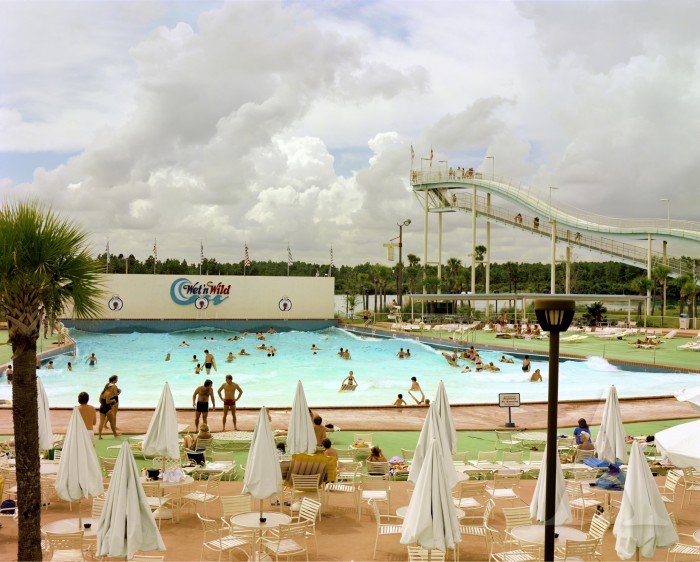 For photography lovers and fans, the Albertina in Vienna is currently (until September 30, 2012) offering a genuine treat. In a retrospective that arose in collaboration with the Museum Folkwang in Essen, round 130 works by this ingenious American photographer from over three decades of his creative activity are on display.

For me, attending photography exhibitions is every bit a part of the highlights of my hobby as is shooting photos itself. At a time in which we’re able to shoot “great” photos even with our mobile phones, and a flood of such pictures – primarily in the area of social media – befalls us every day, a truly good photo is pretty quickly revealed. On top of that, this time I had the great pleasure of having my friend and professional photographer Stephan Huger of Fotostudio Huger in on the action. I was thereby able to profit doubly – from viewing the work of the master himself, and at least as much from Stephan’s expert commentary.

Joel Sternfeld is among the most important representatives of New Color Photography, which discovered color in art photography in the 1970s. It is precisely this virtuosic use of color that captivated me right from the exhibition’s first photo. It shows an American middle-class housing development, a lone automobile in fascinating mood lighting prior to a storm, yet absent of any life. The eleven of Sternfeld’s projects on exhibit show not only his photographic work, but also his great interest in his country and its inhabitants, and the reciprocal effect they have on one another. For me, this is revealed most intensely in the American Prospects series. Between 1978 and 1986, Sternfeld traveled throughout the USA with a VW bus and a large-format camera, with his photos pointing out the use and transformation of the landscape by people. My absolute favorite photo, titled “Near Lake Powell, Arizona,” is from this series. It shows the sparse desert landscape, mountains in the background and a lonely, abandoned basketball hoop.

That photographers are also able to shape opinions through their images is shown by the photos of an abandoned railway in the former meat district in Manhattan, New York. Joel Sternfeld was one of the
activists behind today’s High Line Park, which came about due to their interventions.

Vienna currently offers another highlight in addition to this extraordinary photo exhibition. In the Kunsthaus Wien, we can currently admire photos by Elliot Erwitt. I’ll report on this exhibition in my next blog entry.

Copyright: © Courtesy of the artist and Luhring Augustine, New York, 2012