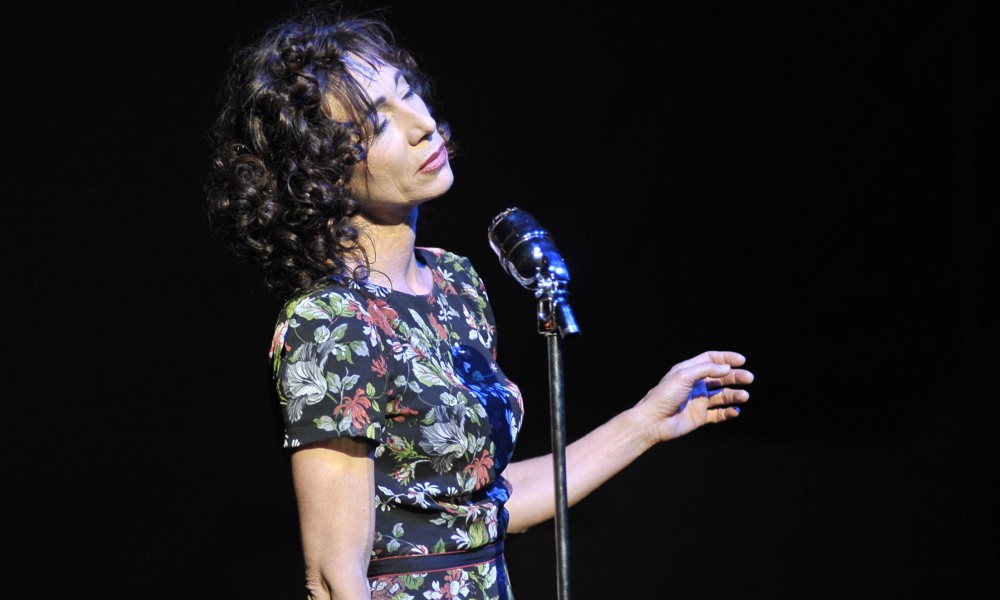 A fantastic evening of theater and chanson

Three women. Three stories. A century of life and songs, inspired by André Heller, staged by Rupert Henning and acted by the outstanding Andrea Eckert.

Granted, up to now I hadn’t heard of Greta Keller, a singer born in Vienna who was very famous during her heyday, and that probably would have remained the case had my mother not turned me on to this work. On Friday we were lucky to have gotten some of the last tickets in the Vienna Volkstheater, and this is how we got to experience a wonderful evening in this jewel of a theater.

Here’s the story in brief: In the apartment of her deceased grandmother – a fan of Greta Keller – an actress finds a suitcase in which she saved everything she had collected from her idol, including many letters that she wrote to Keller yet never sent. Andrea Eckert plays all three women. The audience gets to know the life of Greta Keller and that of the grandmother from the beginning of the 1920s to the 1970s. On the one hand, there’s the artist’s life in a suitcase, in Vienna, Berlin, London, New York, Los Angeles and Switzerland, and on the other the story of a poor woman in Vienna, married to a member of the Schutzbund who later landed in a punishment battalion in Stalingrad, the mother of two children and fan of Greta Keller.

Since this is not just a play, Andrea Eckert, accompanied by a terrific four-person band, sings some of Greta Keller’s songs and chansons, many of which even I knew :).

Go there, have a look and listen – you won’t regret it!