Holiday on Ice was in Vienna once again.. 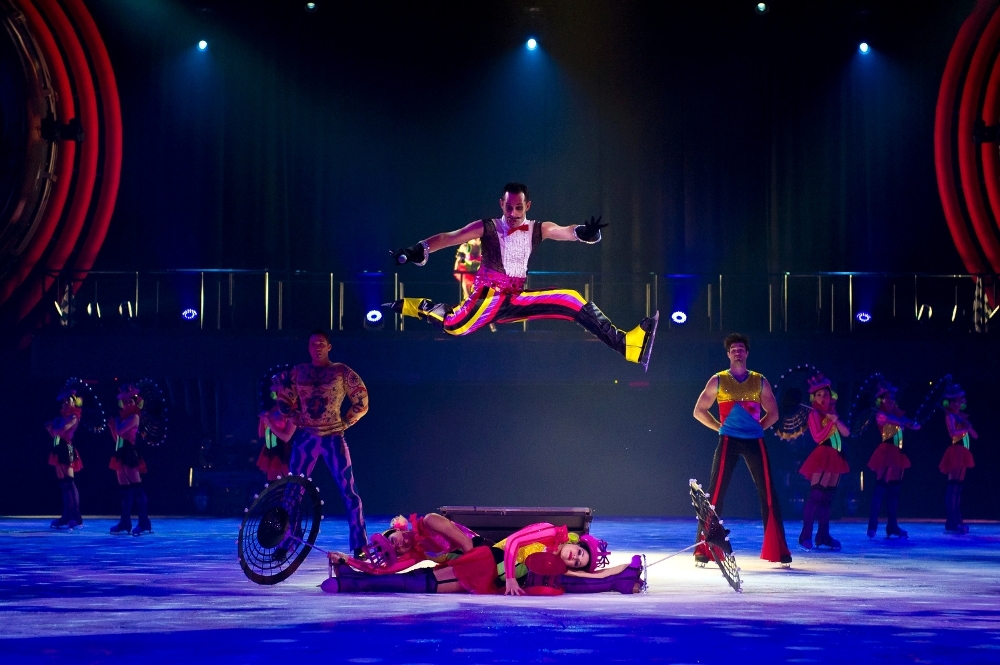 … with a breathtaking program that kept its promise…

For this season, the Holiday on Ice show had planned more than 1000 performances in 15 countries, in which around 3.5 million spectators were expected. To date, more than 320 million people have seen the show, which earned it a spot in the Guinness Book of World Records.

A gigantic project in which figure skaters, costumes, music, the program and, new this year, “machines” all had to be coordinated with one another. Within the team, at some points up to ten languages are spoken!

Was it also successful this year too?

In my opinion, the show earns full points on every count!

Even if there hadn’t been any intermissions, and even if nothing had been able to move me to rise from my seat in order to watch the colorful activity onstage in eager anticipation.

Yes, it was fast and spectacular, it was enchanting and surprising. As a layperson when it comes to figure skating, you ask yourself how many hours a person has to practice in order to prepare something like this.

The figure skaters offer a program and a harmony that leave people in amazement each year. This year’s coupling of human and machine could in part be seen as dangerous, of course, but quite honestly: You simply couldn’t look away! It was terrific.

After Fantasy, Mysteria, Elements, Energia, Romanza (I’ll say only Lady in Red…), Festival and now Speed, the excitement is building for next year.

The creators of Holiday on Ice have thought of something completely new for 2014 as well and will once again perform in the Vienna Stadthalle between January 8 and 19, with a program that will speak to a very young audience in particular:

Ice Age Live! A Mammoth Adventure. Sid, Manni, Diego and Scrat as life-sized characters. I’ll be there. You too?