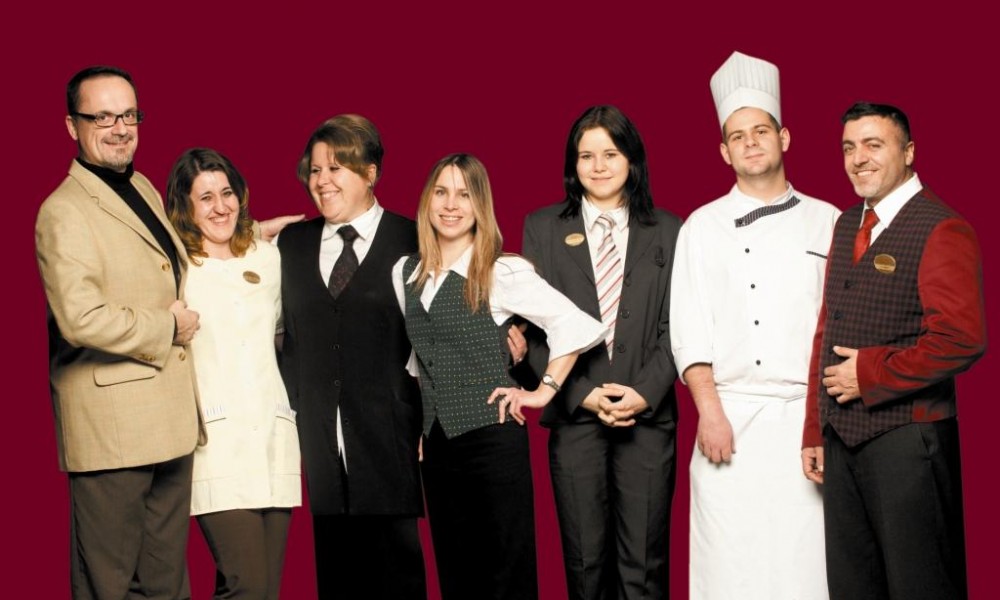 At long last exiting the vehicle after a car, bus or plane trip,

stretching out and getting your first impressions of your destination – this is quite a special moment.

You enter the hotel, check in at the reception and are then led to your room by a nice staff member.

We generally call this employee the bellhop or hotel porter. Where do these terms come from and what do they mean?

I found some interesting information on this on Wikipedia. As they say, you never stop learning.

Today’s uniformed “hotel porter” existed at European courts during the Middle Ages, and up until 1918 a young nobleman was in the princely service: the squire. The squire was a young man of chivalric descent (a noble squire) who learned the craft of weapon-making from a knight. Since he often carried the shield behind his master, he was also called the “shield bearer”!

Anyone who believes that the porter’s tasks are limited to bringing guests’ luggage to their rooms and parking their vehicles is mistaken indeed. Other important activities are also all part of the porter’s work:

–     helping out with building equipment and housekeeping, as needed

–     helping with preparation of event rooms

–     and making sure important hallways and staircases are kept clean; very important are shoveling snow and clearing
leaves!

Like every employee, the porter is an important link in the chain and helps to make the work processes in the hotel run smoothly.

At Hotel Stefanie, Mr. Schneider not only stands out for his industriousness, but also for a special distinguishing visual feature: his beard. 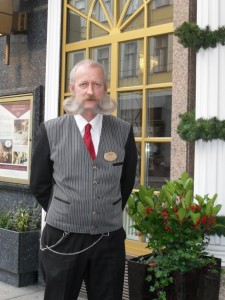