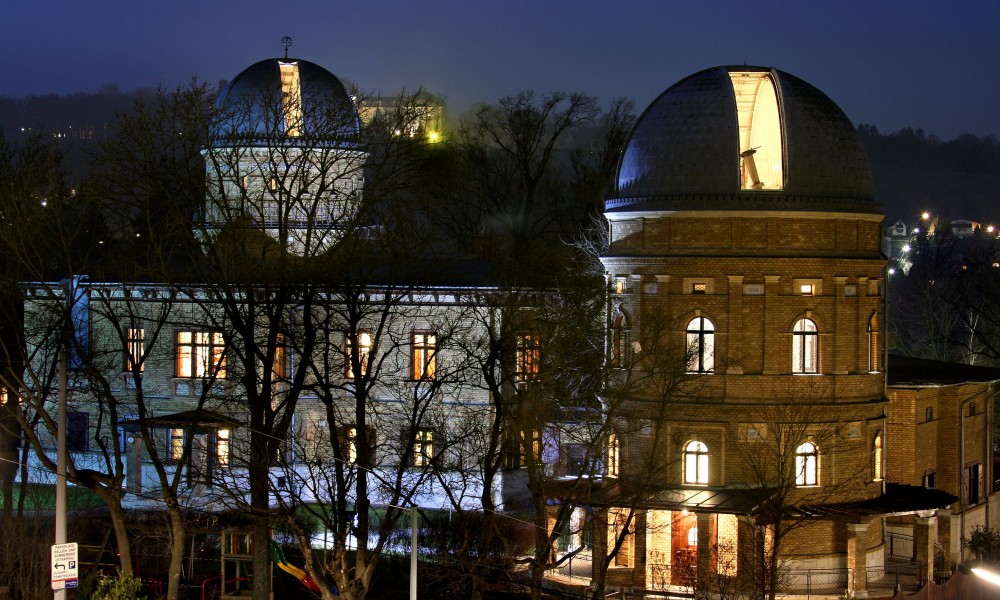 Did you also follow the new photos from the dwarf planet Pluto which have been making the rounds in the media in recent months? On mild summer nights do you also like to look into the sky and enjoy the unimaginable feeling of infinity? You soon become aware of how small we, the earth and even our entire solar system is.

For all those interested in astronomy, Vienna offers fully three opportunities to learn about the stars or to stargaze: the Vienna Planetarium near the Prater, the Urania Planetarium (just a few minutes’ walking distance from Schick Hotels Stefanie, City Central and Capricorno), and Kuffner Planetarium in Ottakring. The director of all of these operations is incidentally one of the Science Busters, known from television, Werner Gruber.

There are continuously updated programs at all three locations , for children (grouped by age) as well as for adults. These programs are run by VHS (Volkshochschulen Wien / Vienna Adult Education Centers) employees. Making reservations in advance is recommended. 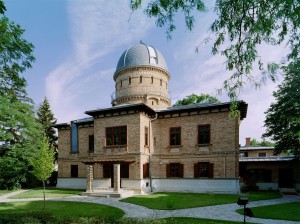 Today I’d like to recommend the Himmelsblicke (“Sky Views”) at the Kuffner Observatory. The presentation takes place every Saturday whenever there is a clear sky. It starts at 9:00 PM and lasts for an hour and a half to two hours. I was there at the end of June. The ticket office only opens 15 minutes in advance. You meet in the lecture hall, where you’ll learn what is currently visible in the sky, why we are able to orient ourselves using Polaris (the North Star) and how the constellations came about.

Afterwards you enter the main building and take the stairs up to the Refractor, a large telescope which required constructing a foundation that is not connected to the building, since otherwise every movement would blur the view of the sky.

The roof of the dome is opened to about one meter wide. In addition, large cables need to be pulled by hand in order to bring the opening as well as the telescope into the correct cardinal direction.

Depending on the altitude of the objects, visitors climb onto a wooden ladder support and can then take a look at the objects one after another. In my case, Venus and Jupiter could be seen very close to one another at the beginning of July. Venus was in a waxing phase and you could also see four of Jupiter’s moons. In addition, there was also Saturn, which you could zoom in on even more since it was high in the sky and thereby get a wonderful view of the planet with its rings. Amazing!

If you wish to know what can be seen in the sky, you could find out directly on the website of the Kuffner Observatory – click on “Sternwarte Öffnungszeiten” (observatory opening hours).

A tip for hot days

Take a bottle of water with you… under the dome it can get pretty hot!

The presentation only takes place if there’s really good weather. On their Facebook page they always announce by late afternoon whether or not it will take place that evening. There are often tickets available on short notice.

You can reach the Kuffner Observatory via public transportation within half an hour from downtown Vienna. Take the U3 underground line to Ottakring, then transfer to bus line 46B towards Wilhelminenberg. There, exit at the “Ottakringer Bad” stop on Johann-Staud-Strasse. The observatory is located across the street at door number 10.

If you wish to eat dinner beforehand, I can recommend the tasty spare ribs with a nice glass of Ottakringer beer, sitting in the shade of the chestnut trees in the large garden of Plachuttas Grünspan. You can then use the roughly 15-minute walk to the Kuffner Observatory along the Johann-Staud-Strasse to digest your food.

The history of the Kuffner Observatory

The Kuffner Observatory was founded in 1884 by Moriz von Kuffner, the owner of the Ottakringer Brewery. At the time it was far from the city of Vienna. Today, after comprehensive renovation, it is operated by the Wiener Volkshochschulen in collaboration with the nonprofit Kuffner Observatory organization. At the end of the 20th century, the nonprofit was significantly involved in ensuring that the observatory would not deteriorate and instead be intensively renovated. Luckily, the observatory was not destroyed during the Second World War, even though none of its equipment had been brought to safety.