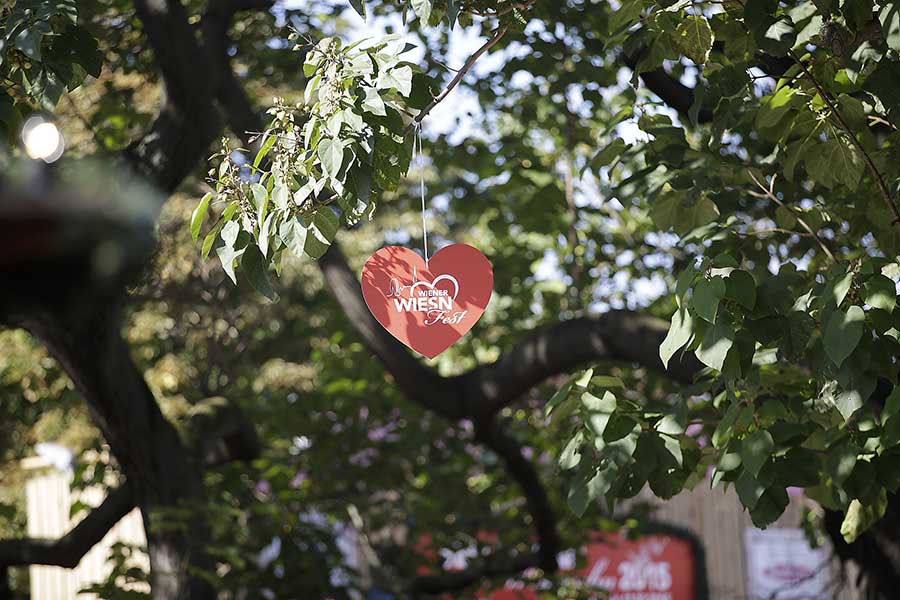 Traditions, folk music and the splendor of Austrian folk costumes – called “Tracht” – are the ingredients for success at the Vienna Wiesn-Fest festival. The festival, which in its fifth incarnation has now become a tradition, will take place from September 24 through October 11, 2015 at the Kaiserwiese in Vienna’s Prater. In 18 days, 100% vibe meets 400 hours of live music with 1900 musicians in three festival tents, four fields and the Wiesn-Fest village – what more could you want?

After four successful years of the Vienna Wiesn-Fest, the management sums things up: “With lots of love and passion, we succeeded in establishing this event as the largest festival of traditions and folk music in Austria, entertaining over 750,000 visitors in the previous four years,” Christian Feldhofer, managing partner of the Vienna Wiesn-Fest, summarizes. “For this year, the offer was tuned more concretely to our visitors’ desires – in the festival tents as well as the tickets.” 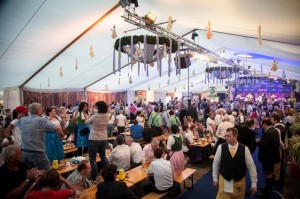 Three festival tents in the Wiesn-Fest Village have just the right offer for everyone: Tons of fun awaits guests in the large festival tent, the Gösser tent. Here, people will celebrate wildly in an incomparable atmosphere, especially in the evenings. In the lovingly decorated Wiesbauer tent you can sing along and celebrate properly with tradition and a down-to-earth feeling. In Wojnar’s Imperial tent, the motto is “Tradition kisses the party faction” – the perfect tent for all guests who value something special yet also wish to enjoy a familial coziness.

The four fields once again offer tons of fun until 1:00 in the morning. Admission is free.

Vienna Wiesn-Fest DAY starting at 11:30 AM

Every day at 11:30 AM, the Vienna Wiesn-Fest kicks off with early pints. In the afternoon, Austria’s folk music stars, including the “Junge Zillertaler” and “Die Mayerhofner,” entertain guests in the festival tents. All festival tents can be visited for free until 6:00 PM, as can the entire Wiesn-Fest Village and the fields.

Starting at 6:30 PM, the Vienna Wiesn-Fest PARTY offers a unique experience with top concerts and three hours of live music by the best party bands and an incomparable atmosphere.

Tickets for the Vienna Wiesn-Fest 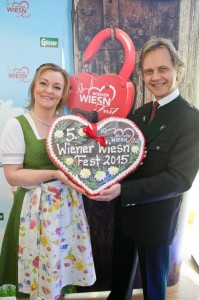 This year, the ticket system has been scaled according to the proximity to the stage. Party concert tickets are offered in three ticket categories: starting at € 35.20 (price per person when booking a table) and € 40.20 (individual ticket per person) in the Vienna Wiesn-Fest office and via wien-ticket.at.

For the anniversary edition of the Vienna festival, there will be a mix of tradition and novelty. Austrian customs and the best folk music, as well as culinary arts and tradition, are the focal points. As in the preceding years, the entire country will come to the big city – during the Federal Province Days, each federal province will present itself on the Vienna Wiesn. The “Tracht” clubbing was a total success and will once again be held on the first Sunday of the festival (September 27, 2015). An additional fixed point is the Rosa Wiener Wiesn-Fest, which will be presented for the third time. It will be expanded with the first Rosa Wiener Wiesn-Fest early pint on October 8, 2015.

With the first Wiesn Trachten AWARD, young, creative designers have the opportunity to place their talents in the limelight. As is the annual tradition, with the Wiener Wiesn-Fest MUSIK AWARD, exceptional up-and-coming artists from the brass music scene are distinguished. Another program highlight at the Vienna Wiesn-Fest is the Agricultural Evening (“Nacht der Landwirtschaft”), presented for the first time, a meeting point for Austria’s agricultural industry.

This year, too, numerous musical highlights await music fans. One such highlight is “Die Münchener Freiheit” which is playing at the Vienna Wiesn-Fest for the first time. For Vorarlberg Day, the “Holstuonarmusigbigbandclub” – HMBC for short – is performing for the first time and guests will have plenty of fun. A further musical highlight is the performance by “DJ Ötzi” with his band at the Vienna Wiesn-Fest, which is playing in a festival tent for the first time next to the charity event they did for the homeless charity Wiener Gruft. Also in the repertoire is the popular group “Edlseer” – also not to be missed in 2015.

Partners of the 2015 Vienna Wiesn-Fest

“It makes us proud and happy to collaborate this year once again with our main sponsors from the very beginning – Gösser, Wiesbauer and Wojnar’s. We are happy to get to greet new partners in the Vienna Wiesn-Fest family as well: Sportalm and Erste Bank,” Christian Feldhofer announced.

A good mood is thus guaranteed – at the 5th Vienna Wiesn-Fest 2015!

For further information in detail and ticket reservations, visit: www.wienerwiesnfest.at

If you’re planning an extended stay in Vienna for the Vienna Wiesn-Fest and need a room, book a stay in the centrally located Schick Hotels Vienna and discover the Austrian capital on foot and via public transportation.