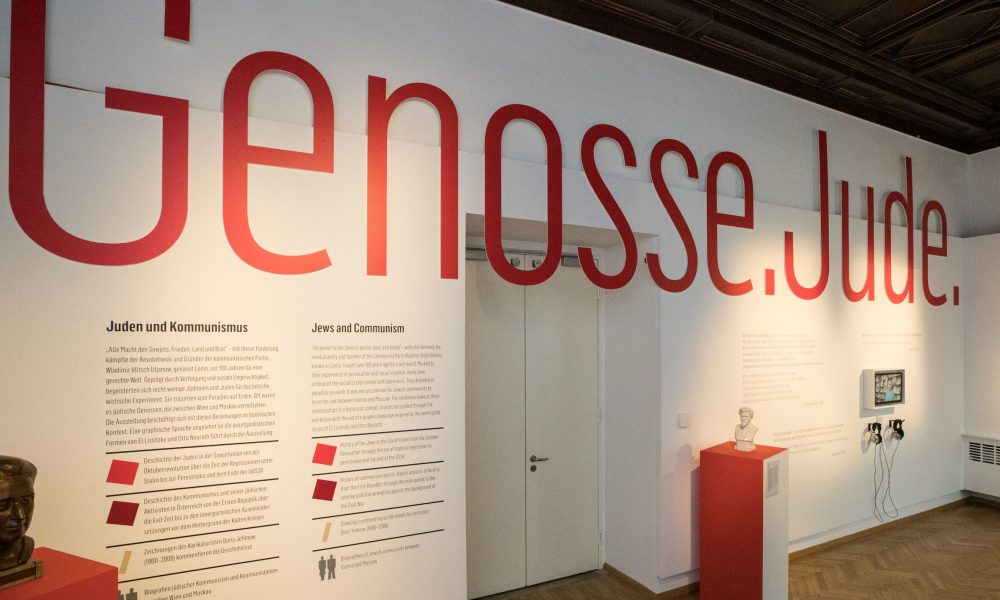 “We only wanted Paradise on Earth”

The year 2017 was the major anniversary year of Empress Maria Theresa in Austria – numerous exhibitions took place in honor of the great regent. 2017 is also the 100th anniversary of an event that – depending on one’s political disposition – is either celebrated or viewed critically: In 1917, the world looked toward Russia, where centuries of rule by the czar family ended violently and the Communist idea of a workers’ movement brought an entirely new state system to life, one in which everyone was to have equal rights. Countless Jewish Communists were directly and indirectly involved in this upheaval. The new exhibition “Comrade. Jew.” at the Jewish Museum on Dorotheergasse in Vienna illuminates the historical events in general, in the Soviet Union and in Austria, beginning with the exile of Leo Trotsky to Vienna still prior to the October Revolution, and ending with the fall of the Soviet Union. 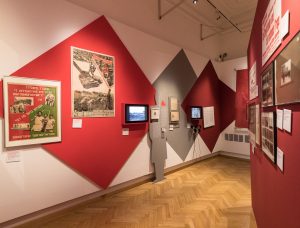 “All power to the Soviets. Peace, land and bread”

This motto also attracted many Jews. This is understandable if one considers the history of the Jewish people – persecution and discrimination were often the normal condition throughout the various epochs. More than five million Jews lived in Czarist Russia. Their lives were determined by economic hardship, restrictive laws and pogroms. Politically active Jews in the workers’ movement at the beginning of the 20th century were persecuted by the Czarist regime, imprisoned and banished to Siberia. Some of them fled over the border to the West. In addition to Zurich, Paris and Berlin, Vienna was an important sanctuary city.

In Russia, hope was great that the Revolution would bring an end to the anti-Semitism of the Czarist empire. Worldwide as well as in Austria, Jews fought for equality of all people. They dreamed of paradise on earth. This resulted in close relations between Austrian and Russian Marxists. It was often Jewish Communists who mediated between these two worlds. 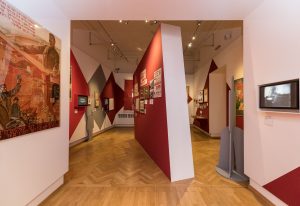 Many important representatives of the workers’ movement were not Jews. Most Jews were also not revolutionaries, socialists or Communists. Yet Jews increasingly contributed to the development of socialism. Founding personalities such as Karl Marx, Viktor Adler, Rosa Luxemburg and Leo Trotsky became icons of the international workers’ movement. Their Jewish roots were not an issue. For them, anti-Semitism was a symptom of capitalism and would no longer exist in a classless society.

However, the initially positive development changed. The social and political climate in the Soviet Union worsened during the 1930s. The cult of personality surrounding Stalin assumed grotesque proportions. Scores of Soviet citizens got caught in the clutches of security forces because they maintained contacts in foreign countries or because they had fought in the Spanish Civil War. Many Soviet Jews had been involved in Jewish workers‘ movements prior to 1917 and had family relations in foreign countries. For these reasons alone, they frequently fell victim to repression.

With Hitler’s invasion of the Soviet Union, the political repression was partially retracted for tactical reasons. After the Second World War, Jewish Soviets nonetheless remained second-class citizens. Some of them therefore decided to emigrate to other countries. After decades of Communist education without ties to religion and national origin, many Jews went in search of their lost Jewish culture and tradition at the beginning of the 1970s.

My conclusion: “Comrade. Jew.” Is an interesting exhibition about a topic that is rather neglected here. Numerous video and audio stations with original film material or recordings of speeches from the 1920s and 1930s take one back to the years of upheaval, while many impressive works on exhibition underscore the intensity of the propaganda politics of the time and convey the hopes and skepticism of the people. The compact and easily understandable accompanying texts, as well as the appealing biographies of Jewish activists and personalities of the time, round out this overall successful exhibition. Worth seeing!

“Comrade. Jew. We only wanted Paradise on Earth”

Data and image sources: © Jewish Museum Vienna, http://www.jmw.at/en
Many thanks for the kind support.