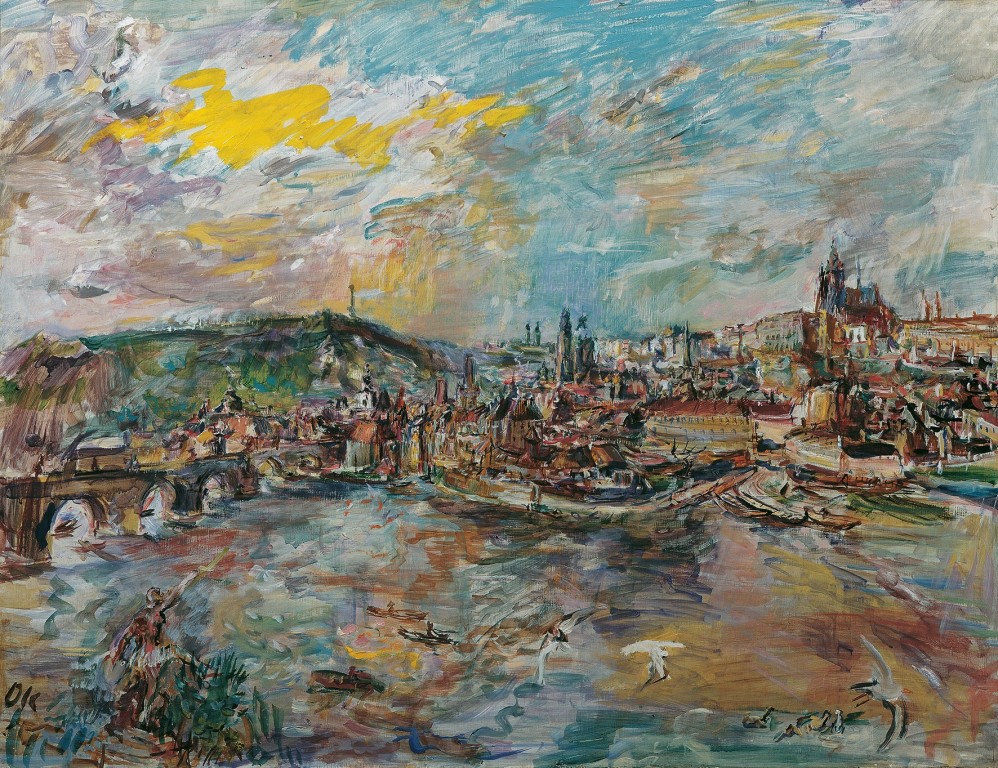 The title arouses curiosity: “Beyond Klimt” – what is it trying to suggest? The great Austrian painter Gustav Klimt is a leading figure of Austrian art. He coined Art Nouveau, was a co-founder of the Secession and created world-renowned paintings. To this day his name and his works of art still captivate people. To this day his name and his works of art still fascinate people. Of course it is clear that after him the (art) world did not stand still, but that it continued to turn with such a variety, intensity and modernity on display is impressive and fascinating. Until August 26th, 2018, those interested can in the true sense of the word get a “picture” of how visionary and modern artists and their works were in the difficult and uncertain time between the two world wars. Quite great “theatre” against the backdrop of a difficult epoch! 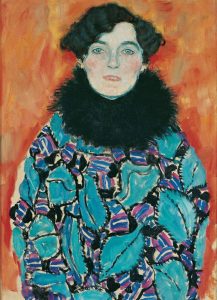 At the outbreak of the First World War Klimt was 52 years old. Not called up for military service, he was able, in contrast to many younger artist colleagues, to continue his work. For a long time Klimt was regarded as a “father figure” for many of the following generations as he had shaped the art of the Viennese Fin de Siècle and promoted the beginning of the careers of Oskar Kokoschka or Egon Schiele. He and other artists of this “father generation”, such as Alfons Mucha, were pioneers of modernism.  The war represented a turn of an era and required a reorientation by artists. Already after 1914, Klimt’s work was perceived by his fellow artists as historical.

Gustav Klimt, Egon Schiele, Otto Wagner and Koloman Moser, the “giants” of the art world at the turn of the century, died in 1918. This is considered the end of an era and so, quite logically, the late work of Gustav Klimt can be seen at the beginning of the exhibition, which, so to speak, provides the impetus for the art of the following years.

Boundless – in every respect

The interwar period is characterised by the desire for international networking beyond new political and ideological boundaries. A lively artistic exchange – across all borders – ensures the development of new tendencies. Cosmopolitan networks emerge among the artists of the new Austria and the successor states of the former Danube monarchy. Artistic creativity shifted from the former capital of the monarchy, Vienna, to Berlin or Paris. The former multi-ethnic state had split up. Nevertheless, in addition to the networks, interest groups were formed and people met in art centres. Artistic identity was more important than national identity. An increasing number of magazines, through which new ideas spread and were communicated across national borders, were of great importance.

Numerous artists participated in the political new beginning and turned to new directions, art trends that had their beginnings already before the war, finding newly fertile ground through the spirit of upheaval throughout Europe. Examples of this are surrealism, expressionism, new realism, speculative fiction and the Bauhaus. The exhibition gives a comprehensive overview of the artistic, almost limitless diversity of this period.

The outbreak of the Second World War put an abrupt end to this internationalisation and pushed the understanding of cultural similarities into the background again. The exhibition ends with a quotation by Franz Grillparzer: “The path of modern education goes from humanity through nationality to bestiality”.

My conclusion: Impressed by the large number of works on display and the artists presented, I salute their courage, creativity and forward-thinking approach in an era of suspense and volatility, political, economic and social uncertainty. One can literally see and feel the influences of that time in the paintings and showpieces on display, both the painful and suffering ones, like, for example, in Anton Hanak’s sculpture “Der letzte Mensch (Ecce Homo)”, as well as the spirit of optimism and the new self-confidence of the new states, as for example in Oskar Kokoschka’s “Der Prager Hafen(The Prague Harbour)”. Stylistic directions, which are actually associated with a later period, already developed at this time and in exciting works. This exhibition makes you want more from that period.

TIPP 1: Don’t miss the cross-thematic and simultaneous exhibition “Klemens Brosch – A Great Artist Rediscovered” in the Orangery / Lower Belvedere. The pictures of this exceptional artist are magnificent. His short life was intense, his death tragic. Well worth seeing. 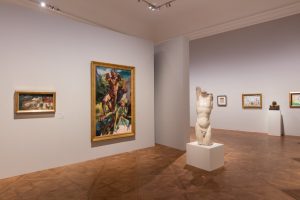 Beyond Klimt. New Horizons in Central Europe
from March 23rd to August 26th, 2018

in the Lower Belvedere
Rennweg 6, 1030 Vienna