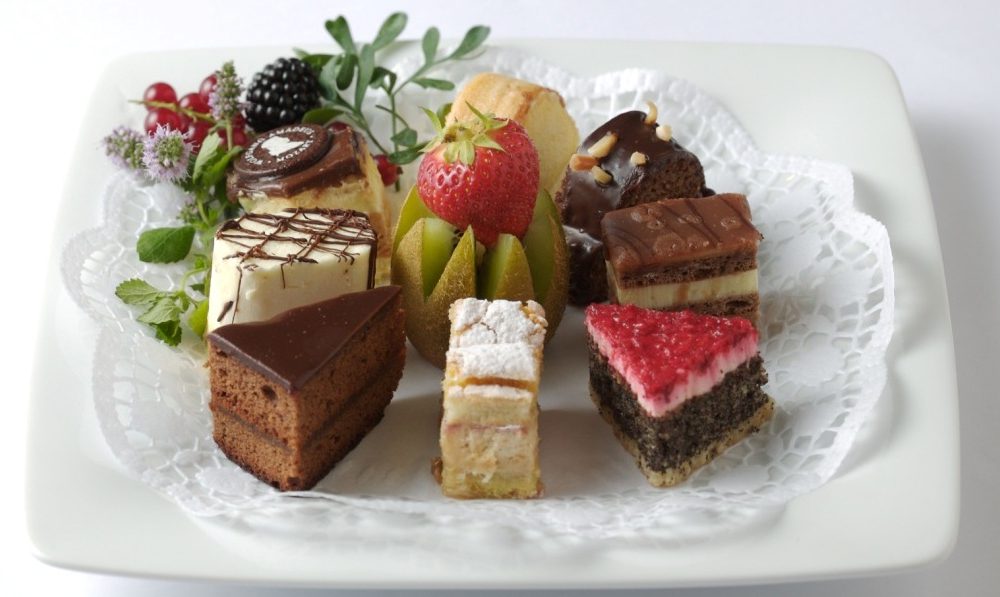 The sweet sides of Vienna

Do you like sweets? I wager that in Vienna, people not only like but outright love sweets, which is no wonder. The world-famous Viennese coffeehouse culture, with all its specialties, exhibits a great love of detail. The commensurate variety of cakes, tortes and other desserts is as much a part of drinking coffee as saying “Amen” is part of prayer.

In the Universallexikon der Kochkunst (Universal Lexicon of the Art of Cooking) from 1890, the term “Mehl-Speise” was understood as “a group of various foods, namely soufflés, puddings, strudels, Schmarnn, pancakes, dumplings and the like, that are prepared with the aid of flour or flour-like ingredients such as rice, semolina, noodles, rolls and the like, that are either baked or boiled in molds, pans or the like.” Regardless of the explanation, you can best get to know Viennese desserts by trying them all – from A as in Apfelstrudel to Z as in Zwetschkenfleck. 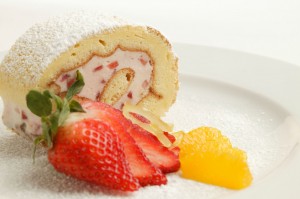 The fondness of the Viennese for sweets, or what we now understand as such in Viennese cuisine, has a history. When the monarchy still extended all the way to Transylvania to the east, Bohemia and Moravia to the north, as well as Bosnia and Dalmatia to the south, the culinary traditions of all peoples landed in one big imperial pot and thus made their way to the capital of Vienna. The luxurious court culture of the 18th century spurred chefs to concoct many new recipes that remain to this day. The flour was milled finer, which made for lighter and fluffier dough. Meringue was developed in Switzerland in 1720, choux pastry in France, sponge mixture in Austria – there was a real competition to make the best desserts, in which Paris, Budapest and Vienna emerged the unsurpassable victors. 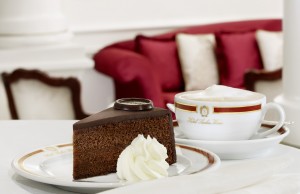 Among world-renowned Viennese desserts, the “Original Sacher-Torte” no doubt deserves to be mentioned first. A lot of legends surrounding how the Original Sacher-Torte actually came about have arisen, as several people lay claim to having invented this classic recipe. According to one of these legends,  in 1832 the state chancellor Metternich commissioned chefs to create an especially tasty dessert for distinguished guests. The head chef lay sick in bed and no one wanted to assume responsibility, and thus the task landed at the feet of the 16-year-old apprentice Franz Sacher. He invented the fluffy, double-layered chocolate torte with apricot marmalade and chocolate couverture icing. Upon completion of his apprenticeship, he also served the torte to other princes, thereby landing him fame. Refined by his son Eduard Sacher, the Original Sacher-Torte has been served in the coffeehouse of the eponymous hotel across from the Vienna State Opera since 1876 – it’s no wonder that in (nearly) all Viennese coffeehouses there is likewise a Sachertorte, a genuine special treat with or without whipped cream.

Golatschen (also spelled Kolatschen) hearken back to the Czech word kolac, which described small cakes. Kolaches (as they are sometimes called in English) originated in Bohemia. While Bohemian kolaches were originally dumplings made of yeast dough filled with plum puree and Karlsbad kolaches were (and still are) filled with all kinds of fillings, in Austria primarily curd cheese or poppy seed fillings have always been used. In addition, the yeast dough is nowadays often substituted with flaky pastry dough, which is in no way detrimental to the delectable coffeehouse pastry.

The Gugelhupf (Bundt cake) arose from the classic ring cake and probably has the ball-shaped headdress, which was formerly worn by market women, to thank for its name. It is possible, however, that the Gugelhupf got its name simply from the fact that yeast dough “bounces like a ball” when rising (hupfen means “to hop” in German). Depending on the type of dough and the manner of preparation, we distinguish between Germgugelhupf (Bundt cake with yeast dough), Marmorgugelhupf (marbled Bundt cake), Kaisergugelhupf (imperial Bundt cake, made with nuts) and Biskuitgugelhupf (Bundt sponge cake), to name but a few of the many variants.

Krapfen (donuts) have always been a part of carnival season in Vienna, although in the meantime the filled, fried pastry is now available pretty much year-round. It is assumed that Krapfen were already known to the Romans under the name globuli (little balls). In Vienna, Krapfen have demonstrably been known since the 17th century. Ostensibly, they were named after the legendary pastry chef Cäcilia Craph, who prepared this specialty particularly well. For the Congress of Vienna in 1815, more than 10 million (!!) Krapfen are said to have been consumed in Vienna! Back then, young girls gave their suitors one half of the pastry, which was considered a sign of marital engagement. Nowadays, Krapfen filled with apricot marmalade are preferred, although creations with vanilla, nougat or strawberry filling are enjoying increasing popularity. 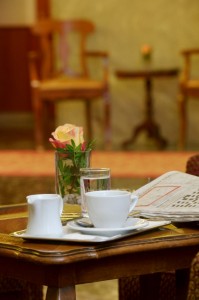 You don’t just order a coffee with Viennese sweets – depending on time and fancy, you can select from among a multitude of coffee variations in Vienna. Ever popular is the Wiener Melange (mocha “extended” with warm milk and frothed milk in a large cup), and people also like to order a small or large mocha, or a small or large “brown coffee” (Brauner) with cream, as well as an “extended” (diluted with water) black (Schwarzer) or brown coffee. Cappuccino (sprinkled with cocoa powder, otherwise like a mélange) and caffè latte (with lots of warm milk in a tall glass) have also enjoyed increasing popularity in recent years. Yet there are still many more coffee specialties that probably exist only in Vienna.

You can read more about these mostly opulent coffee creations in the second part of this article on Viennese desserts & Viennese coffee, which will appear in December. In it, I’ll introduce you to some of the most typical and the best warm Viennese Mehlspeisen and other desserts – perfect for the cold season, and maybe the right dessert for your Christmas or New Year’s Eve dinner will be among them.

Till then, I wish you sweet indulgences with Viennese desserts, best enjoyed in your favorite coffeehouse in Vienna!