New Year’s Eve Customs – with vibe to the New Year 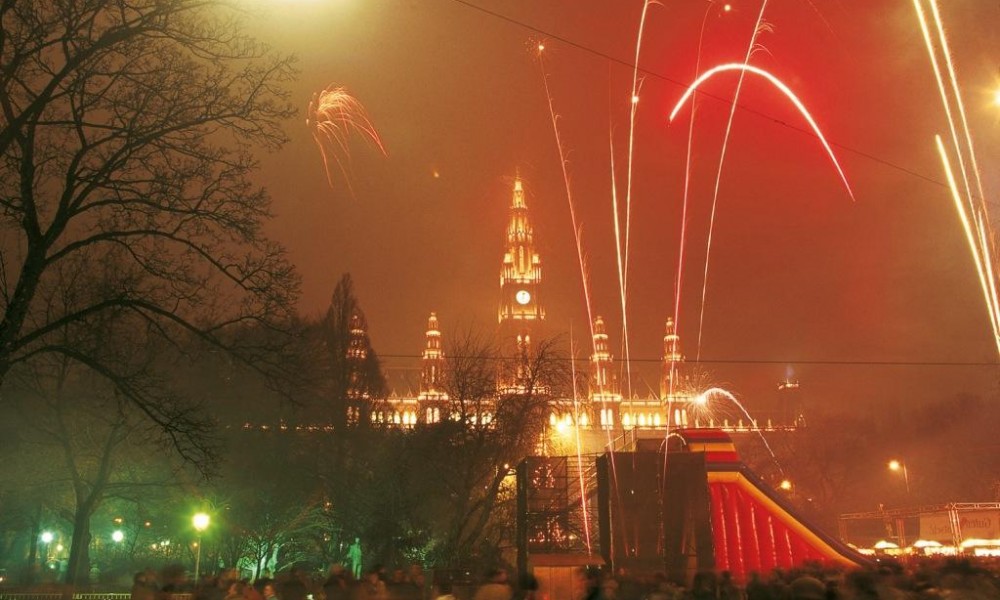 The new year is just around the corner… have you gotten good luck charms for your loved ones? They have been in stores for the past couple weeks: the little pigs, chimney sweepers and four-leaf clovers. There are many New Year’s customs; let’s take a look at their origins. Who knows – maybe it will bring a bit of luck…

New Year’s Eve – the magical date when the year changes 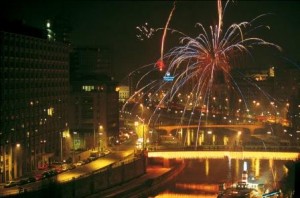 In many European languages and countries, the 31st of December is called “Silvester,” the last day of the year. According to the Roman Catholic calendar of saints, this day is named after Pope Silvester I (who died on December 31 in the year 335). It is reported that Pope Silvester I cured Emperor Constantine of leprosy and subsequently baptized him. During his papacy, the Council of Nicaea took place, the main theme of which was Christ’s divinity.

However, the church year ends not on New Year’s Eve, but on the evening preceding the first Sunday of Advent.

From smoking to celebrating

The Twelve Days of Christmas, clean clothes and something borrowed

New Year’s Eve is also a Twelfth Night. The Twelve Days of Christmas are actually twelve nights near the change of year, which according to European custom are often given special meaning. The origin of the term is contested. One variant hearkens back to the Middle High German word rûch ‘haarig’, which in this sense in the furrier’s trade is still used for furs (Rauchnächte and Rauware or Rauchware in German for Twelfth Nights and furs, respectively). This refers to fur-clad demons who cause trouble on these nights.

Another variant emanates from traditional smoking of stables with incense by the priests or court farmers. This explanation is likewise very old – reports of fumigating or smoking out exist from as early as 1520. In this practice, embers were combined with incense, in some places with Easter palm branches as well; the head of the family, followed by the rest of the family, thereby went through the house and the stables in order to keep disaster and evil spirits and witches at bay. In the Alpine region, this custom is still practiced to this day, though no longer in urban areas.

Another custom states that no clothes may be washed and hung up on New Year’s Eve. On the Twelfth Nights, the souls of the dead buzz about and could easily be caught in the laundry. Clearly that would bring bad luck.

It is also said that one ought to return any borrowed goods to their rightful owner by New Year’s Eve, lest nothing good come about.

The New Year’s Trail and the sound of waltzes 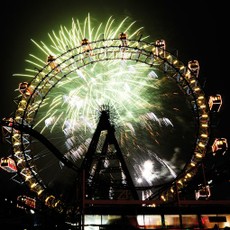 Calmly celebrating the new year with family and friends has in recent decades been replaced by loud events, fireworks and New Year’s Eve firecrackers, which – depending on one’s individual taste – also have their charm; recall the Vienna New Year’s Eve Trail (since 1990), in which people can dance and celebrate their way into the new year with friends and guests from home and abroad between various stages and stands in downtown Vienna. Numerous restaurants – including the Schick restaurants Kronprinz Rudolph, Das Schick and Wiener Wirtschaft, for instance – offer special gala menus and buffets, dancing events, clubbing and New Year’s Eve parties. There’s a program for every taste and budget on this special evening.

When the “Pummerin” – the name for the old church bell in St. Stephan’s Cathedral – rings at midnight and is broadcast throughout Austria via TV and radio, and when Johann Strauss’s waltz “On the Beautiful Blue Danube” is played, the New Year’s bliss is officially announced. The champagne corks hopefully pop as loud as the colorful fireworks and drive away the evil spirits like the “old tradition.”

“Guten Rutsch!” (“Good slide!”) or “Einen guten Rutsch ins neue Jahr!” (“A good slide into the new year!”) or “rutsch guet übere” (“Slide well!”) (in Switzerland) is a widespread New Year’s Eve or New Year’s Day greeting in the German-speaking world: People wish for each other to enter the new year well and safe and sound. This greeting can be traced to around the year 1900. In the German dictionary of the brothers Grimm, next to the explanations for the verb rutschen (to slide) as “to move in a sliding manner,” “to slide voluntarily or involuntarily” or “to crawl,” can be found freer usages of the word with “da rutscht’ ich fort” (“I slid on”) and “sonntag rutscht man auf das land” (“Sunday one slides into the countryside”) by Johann Wolfgang von Goethe. For the female gender, “die Rutsche” (the slide) is proven in the Grimms with the usage “glückliche rutsch” (“happy slide”), as well as the meaning of “travel” or “journey” (source: http://de.wikipedia.org/wiki/Guten_Rutsch). 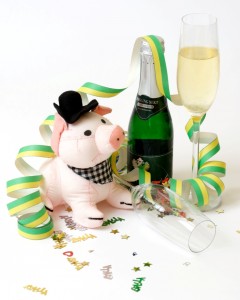 Giving lucky charms is every bit a part of New Year’s Eve as are Easter eggs part of Easter. Here is the origin of the symbols most often given as gifts:

Good luck pig
The boar was already considered a holy animal for the Germanic tribes. The pig is a symbol of prosperity and wealth. Moreover, a person who had many pigs, and thereby also food, was considered privileged by the Greeks and Romans. For the most part, however, a live piglet was not given as a gift, but rather a replica. In competitions during the Middle Ages, the person who placed last was given a pig as a consolation prize. He thereby had the fortune of “having had a pig,” as we say in German (“Schwein gehabt” – got lucky).

Chimney sweeper
In former times, it was a catastrophe for a house if the chimney was blocked or worked poorly, since food could then no longer be prepared and the house got cold. In such a situation the chimney sweeper saved the day. He cleaned the chimney and thereby brought “luck” back. Moreover, cleaning brought with it the advantage that the accumulated grime did not catch fire and cause a house fire. Today, touching a chimney sweeper or grabbing the golden knob is also supposed to bring good luck.

Fish ladyfingers
The delicious fish ladyfingers which, eaten before midnight, are said to bring good luck – albeit only if they are eaten from the fins to the head so that “good luck can’t swim away” – are from the traditional Viennese company Manner.

Lead-pouring
Pouring lead is an oracle custom that nowadays is practiced mainly on New Year’s Eve. It was already widespread amongst the ancient Romans, who were the first people to smelt lead in larger quantities. Pieces of lead are heated on a spoon over a candle until they melt. The molten metal is then poured into a bowl full of cold water, in which it solidifies into various shapes. The shapes from these pieces of lead are freely interpreted and used for telling a person’s fortune about the new year.

No poultry on the New Year’s Day dinner table!
On New Year’s Eve, you’re supposed to eat fish or pork since both of them are said to bring good luck. Poultry harbors the risk that good luck will “fly away” in the new year.

Thus armed, you’ll surely have the best possible start to your new year – and maybe even keep your New Year’s resolutions.

In this spirit, I wish you
a “GOOD SLIDE” and LOTS OF LUCK IN THE NEW YEAR!