“Everybody waltz!” at the 31st Vienna City Marathon 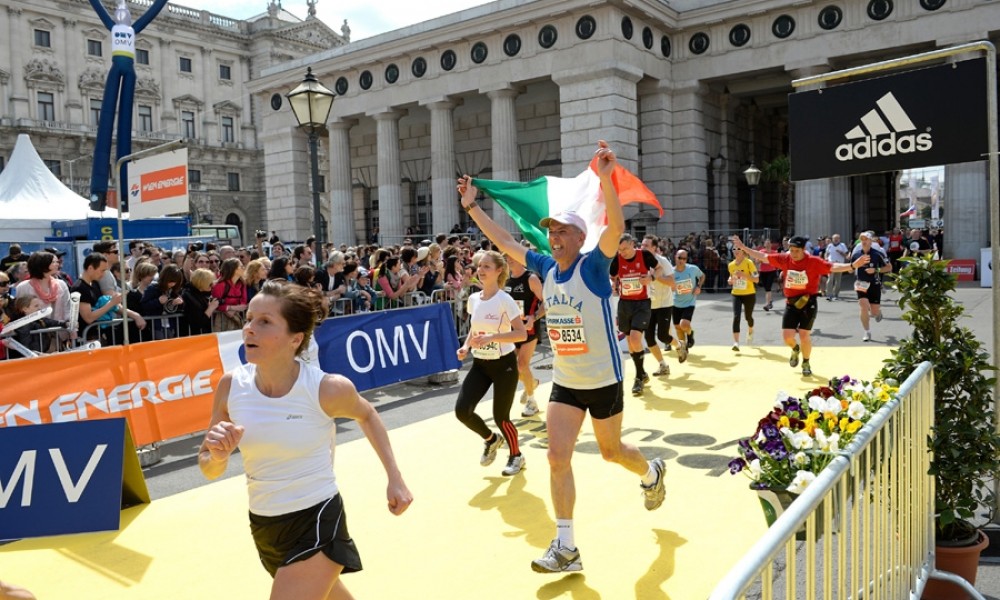 The motto of this year’s sold out Vienna Marathon is “Everybody waltz!” Roughly three weeks from now, Austria’s meanwhile largest sporting event will take place in the music metropolis for the 31st time. The event will pull thousands of international and national amateur and top-flight athletes to the waltz city to participate in one of the most impressive cultural marathons. Will you be one of them?

The starting gun fires off on Sunday, April 13, 2014, at 9:00 AM on the Wagramer Strasse near the United Nations building. Right at the beginning, thousands of runners pumping with adrenaline will cross the bridge “Reichsbrücke” to then pass Vienna’s “green lung”, as well as numerous historical and modern Viennese landmarks. The goal of this breathtaking and yet demanding stretch is Vienna’s Heldenplatz (“Heroes’ Square”), where runners will be received as victors, with music and diverse culinary delicacies.

On the prior evening, the annual “International Friendship Party” will take place in Vienna’s City Hall for all runners and their companions. Runners have the opportunity to fortify themselves one last time with Austrian pancake specialty Kaiserschmarrn and pasta, as well as to dance the waltz to get in the mood for the upcoming run. Anyone who is not yet well-versed in the dance steps or whose dancing may be mistaken for running can take a crash course in the Viennese waltz with professionals on-site so that they can master the next day’s run in spirited 3/4 time.

Distribution of the starting numbers will take place at the Messe Wien on April 11 and 12, 2014, at Vienna Sports World – Austria’s largest sporting tradeshow for the general public. Here, you can purchase from among 90 exhibitors any equipment you might need for your run or as a souvenir.

Should you be in need of any distraction before your run or seek a lovely finale afterwards, the “Steirerfest” (Styria Festival) is ideal. It will take place at the Vienna Rathausplatz (City Hall Square), in the immediate vicinity of the finish line, from April 10 through 13, 2014. Here, you can truly enjoy the “heart of Austria”.

In case you don’t happen to be among the runners, this event is still not to be missed. The Vienna City Marathon, with its diverse side events, is well worth seeing in any case and is sure to leave behind unforgettable impressions, among both runners and non-runners.

Should you need any further suggestions, tips or comprehensive information on this major event, it’s best to have a look directly at the website of the Vienna City Marathon.

Are you still looking for a suitable hotel? Then simply ask at one of the five centrally located Schick Hotels.

And now, “Everybody waltz!”