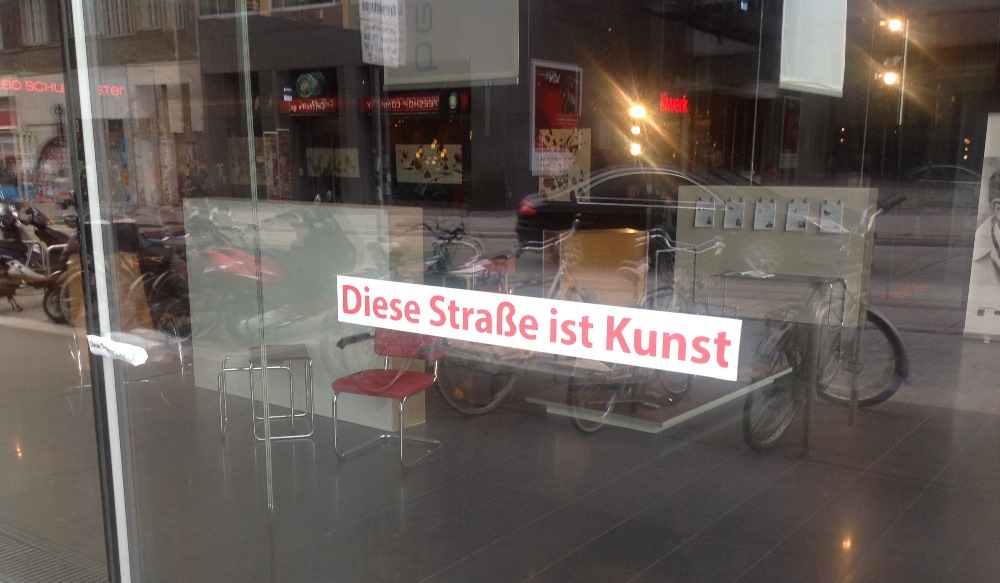 Can a street be art?

In the summer, I received a phone call from the multi-talented artist Hans Heisz, who for ten years already has presented Leopoldstadt, Vienna’s 2nd District, as an arts district with the Q202 atelier tour and has organized all sorts of interactive arts projects. The reason for his call: He, together with merchants, the district cultural office and later neighbors and pedestrians, was involved in starting a project to declare the Taborstrasse itself an artwork. AHA!

“This street is art” 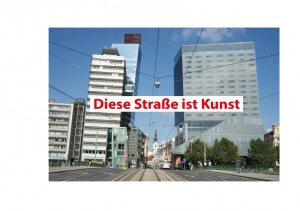 “This street is art”

Therefore… am I now art?” I’m not the only one to ask this question – so have many of the businesspersons in the Taborstrasse who were invited. Yet Hans Heisz doesn’t let up and even if it’s not yet tangible, in the end the thought remains: an exciting idea! Something is declared art and an awareness arises through this simple verbal designation, without creating anything material.

The thought – a quote by Hans Heisz:
Art is the perception of life and that which life encompasses.
Perceiving the Taborstrasse, discovering it or discovering it anew. People, building history, stories, drives and driving on old and new asphalt. No image could portray all of this. The street itself, however… the Taborstrasse itself thus becomes an artwork.

Hans Heisz’s wish is to animate people to become alert and to show them the distinctive features of the Taborstrasse and its hidden beauty. Moreover, people, the stores and buildings should become aware of their histories and communication amongst each other encouraged.

The Taborstrasse in the 2nd District 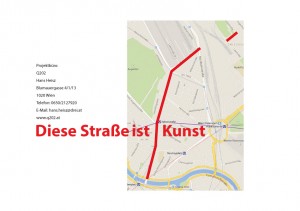 The way of the Taborstraße

“The Taborstrasse is among Vienna’s oldest streets entering the city center, and the origin of the Hotel Stefanie, the oldest hotel in Vienna, is based on this fact. Various ethnic groups have settled here and shape the image of the Taborstrasse to this day. This cultural variety can also be noticed in the places of business, where merchants from diverse cultural and religious backgrounds present their wares and services close to one another,” Heisz said.

Hans Heisz is ambitious about letting the project grow, without creating an arts street in the sense of a “sculpture path.”

The “initiated” share both motivation and skepticism – but one thing has to be admitted – it remains an exciting project.

The Schick Hotels are happy to be involved with the Hotel Stefanie and the Hotel City Central – ultimately, it is also “our” street on which we live our history.