Letting Off Steam at the Motorikpark Vienna 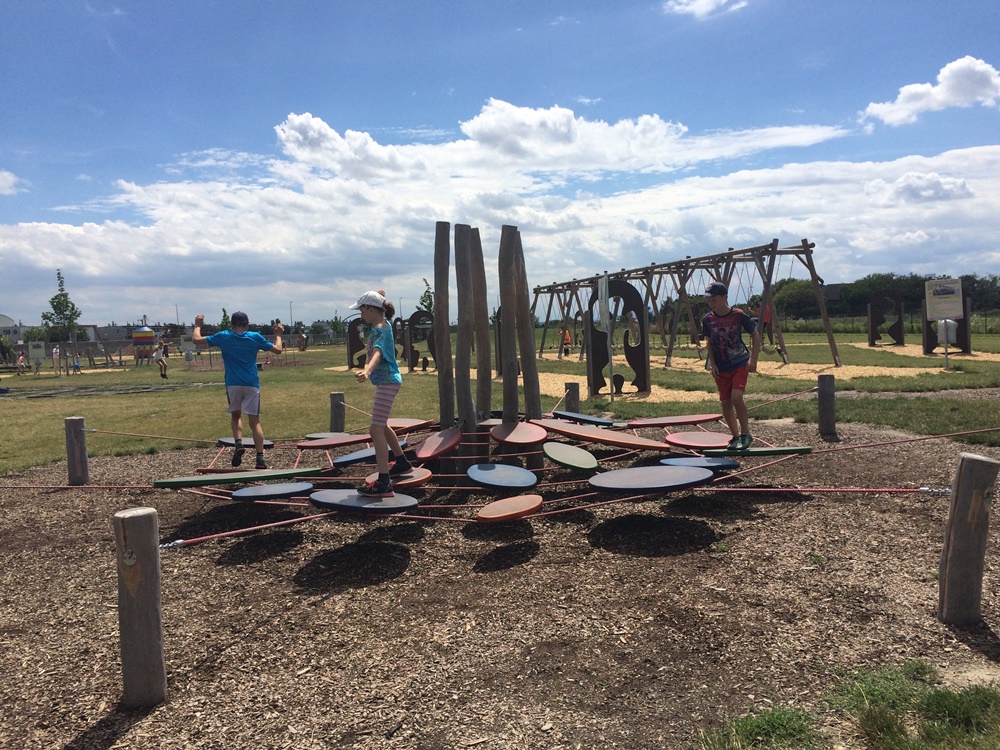 Exercise for big and little kids alike in the 22nd District

Are you here in Vienna with children and are you looking to take a few hours’ break from sightseeing? Do you want to let it all out, activate your muscles and strengthen your coordination? Then take the underground (subway) and the bus and head to the Motorikpark Wien in the 22nd District. By the way, taking kids is not required!

Admission is free and there’s lots on offer 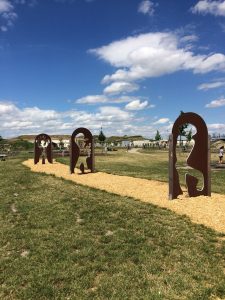 Much space in the Motorikpark Vienna

Spread out over 2 hectares, 23 stations have been built up where you can test and strengthen your coordination, condition and dexterity. Balancing courses, a net climbing paradise, a waterski wall, a hurdle course, a net where you can climb and jump from one platform to the next, parallel slalom, and lots more provide for fun for little and big kids alike. In the strength pavilion you can work yourself into the ground and get back to a normal heart rate in the stretching meadow pavilion. Everyone gets their money’s worth here.

Outside of the compound there is another playground for the youngest children, including a water splashing area, a 600 m running course, as well as a football (soccer) field.

If you care to do everything, you’ll definitely need to plan on two or three hours. During our visit, we left once we exhausted our strength. We’ll probably come again to try out the stations we missed out on. 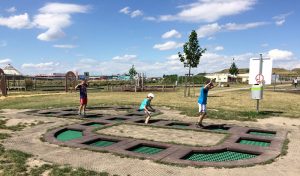 As is sometimes the case when you go for broke, you can get a black and blue mark or two or get scraped up. It didn’t take so much as one minute before a helpful man from the Wiener Stadtgärten wearing green was standing next to us and offered us a bandage. I was extremely positively surprised that a Wiener Stadtgärten employee is available for first aid at the Motorikpark Wien from 10:00 AM through 8:00 PM, who also regularly checks and secures the devices. There’s probably nothing more upsetting than when something doesn’t work at every other station. This is avoided and the knowledge that someone is present for first aid is also very settling. 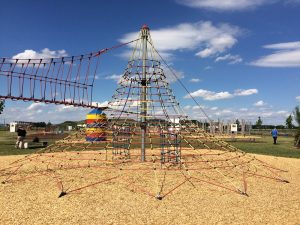 The Motorikpark Wien has been in existence for about a year, so the trees planted for shade aren’t really usable just yet. Don’t forget to bring sunscreen.

There is a water fountain for drinking water, as well as a vending machine for beverages located near the small parking lot. There is also a recently opened café for refreshments just a few steps away.

Getting there & Opening hours

Take the underground line U1 to Kagraner Platz, then the bus line 24A (to the Breitenleer Strasse/Arnikaweg stop) or the U2 to Stadlau and then take the 86A bus (also to the Breitenleer Strasse/Arnikaweg stop). From there, it’s just a few minutes’ walk to the entrance to the Motorikpark Wien (Süssenbrunner Strasse 101, 1220 Vienna) For example: From our Hotel City Central you need about 25 minutes with the public transports to the Motorikpark.