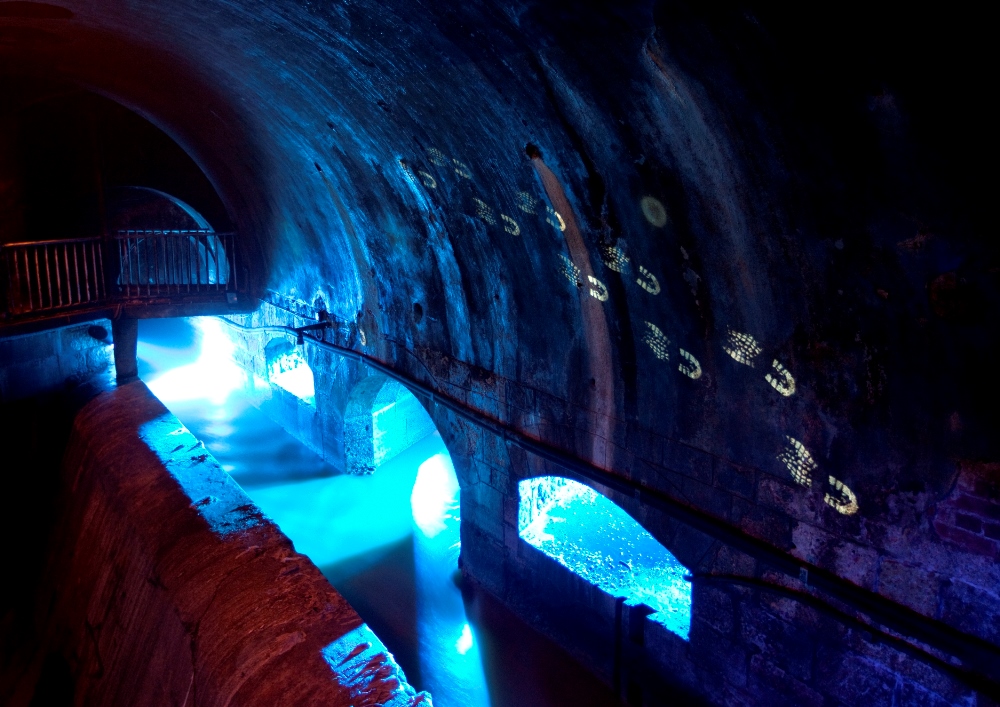 The Oscar-winning movie The Third Man, selected by the British Film Academy as the best British film in history, was filmed in Vienna in 1949. Today, you can follow in the footsteps of the movie and have several options for doing so.

Do you know the movie The Third Man, with Orson Welles and Joseph Cotten in the starring roles and the famous film music by Anton Karas? If so, this tour is a must for you. Haven’t seen the movie yet but are nonetheless curious how things look beneath Vienna’s stately buildings? Then give it a go – you won’t be disappointed.

Enter into Vienna’s network of canals 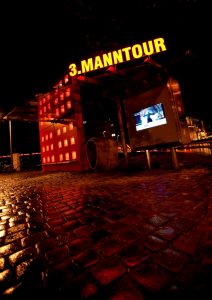 Entry to the canal tour

I decided spontaneously to take the Third Man tour through Vienna’s canals. The meeting point is from Thursday through Sunday between 10:00 AM and 8:00 PM, every hour on the hour, at Karlsplatz-Girardipark, across from the Café Museum, only a few walking minutes away from our Hotel Erzherzog Rainer. (English tours always start at 3:00 PM.) As it turned out, since a couple of reserved spots weren’t needed (you should definitly reserve in advance!) I got lucky and was able to start the tour right away. The tickets are sold straightforwardly from a small bus and before you know it, you’re already donning a helmet.

Not for the faint of heart

Given the briefing by a competent tour guide, no one should end up getting lost, though I wonder whether it was a good idea to have gotten a bite to eat beforehand. The guide said it would get tight, and you also shouldn’t be too sensitive to odors. I can assure you that it wasn’t too bad, though.

Not much has changed since 1949: The manhole covers open up in a star shape (“Stargate,” so to speak), and spiral stairs lead down into the underground. In the first area, a Wien Kanal employee speaks about the exhausting yet extremely important work in the 2400-km-long Vienna canal network, underscored by a short film. In the next room, we already found ourselves in the area where the movie was filmed, since Orson Welles also didn’t go any further in 1949, and the wastewater constantly roared on past. The air gets muggier – but it’s still manageable. 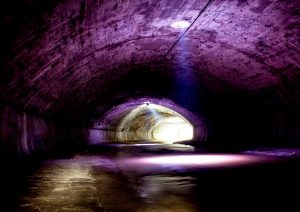 As the final station – the air becomes fresh – we get to the gigantic tunnel of the Wien River, which could easily house a 4- or 5-story building. Every 80 meters, light comes from the steel grates above – we’re roughly level with the Secession. The tunnel is 2.5 km (1.6 mi) long. During the last 100-year flood the water was up to 2/3 the height of the tunnel.

Once we returned to the surface, I was surprised that the hour just flew by. It was very impressive to experience what goes on beneath Vienna’s streets.

More of The Third Man

If you’d like to find out more, every Friday at 4:00 PM (meeting point is the U4 station Stadtpark, exit Johannesgasse) there is a city tour of the original film locations in downtown Vienna. Alternatively, you can visit the Third Man Museum in the 4th District, open every Saturday from 2:00 to 6:00 PM. There, you can listen to 400 (!) different covers of the film music. As a grand finale, you can see the original movie personally at the Burgkino.