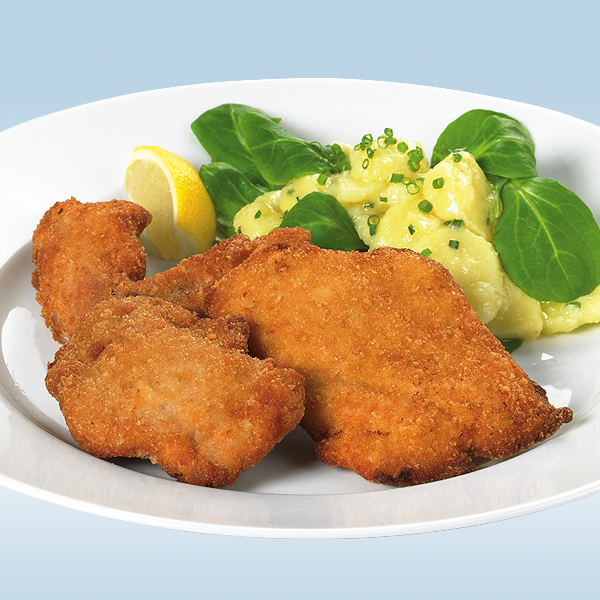 Once a luxury dish – now synonymous with typical Viennese cuisine

Whether it’s as a delectable Sunday meal, at a Viennese wine tavern or at restaurant buffets of all kinds, “Backhendl” is an indispensable part of Austria’s culinary arts. It’s as much a part of Viennese cuisine as Tafelspitz (boiled beef) or Kaiserschmarrn (scrambled pancakes) and is, moreover, a genuinely Austrian invention and a Viennese original.

Our “dear feathered friends” – and poultry in particular – are among humanity’s oldest farm animals. As early as 4000 BC, poultry were held in Asia and ancient Egypt, which was considered a sign of affluence. For the better-off and well-to-do, poultry was an authentic culinary delight and above all a highlight at festive occasions. During the Baroque era, chicken, goose, capon and duck, in addition to all kinds of wild fowl such as pheasant, partridge, pigeon or various songbirds, could be found at feasts on the tables of every ruler and prince. This is the origin of our fondness for roasted duck to celebrate Christmas, for instance. 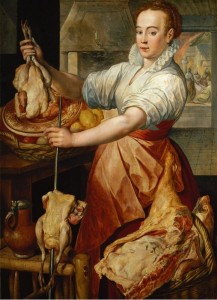 Fried chicken was first mentioned in Conrad Hagger’s “Neues Salzburgisches Kochbuch für Hochfürstliche und andere Höfe” (New Salzburg Cookbook for High Princely and Other Courts) in 1718-1719. Fried chicken never officially made its way to the imperial court, although it was very much in vogue amongst the Viennese aristocracy.

Still at the beginning of the 19th century, during the Biedermeier era, fried chicken was the exclusive domain of the upper bourgeoisie and was considered a culinary status symbol. Back then, it was primarily young chickens – innards, skin and all – that were quartered, breaded and deep fried. Already in 1805, cookbook author Anna Dorn warned against eating the fatty breading – the first signs of healthy eating, so to speak.

During the Wilhelminian era, between 1870 and 1910, in the heyday of Viennese “lotus-eaters” who predominantly spent their days in blissful indulgence at taverns, restaurants and at the dinner table, Backhendl reached its true climax, so much so that this period has been called the “Backhendlzeit,” or “fried chicken era.” Chronicles from the year 1852 demonstrate the constantly rising love of the Viennese for poultry: On Whit Monday alone, which at the time was considered a traditional day of confirmation, 12,000 chickens and 4000 young geese were consumed in the two taverns that existed in Vienna’s Prater at the time.

Today’s fried chicken lovers discuss, at most, whether it should be fried with or without skin. The original method of preparation with skin is already mentioned in old cookbooks under the name “Huhn im Schlafrock” (chicken in a nightgown). Fans of light cuisine abstain from chicken skin, since it demonstrably contains most of the calories.

People are pretty much in agreement as to the best side dishes – delicious potato salad (which incidentally already existed around 1800 in today’s customary form of preparation), deep-fried parsley or parsley potatoes harmonize best with the traditional dish.

The next time you dine on fried chicken, think about its long history and the historically proven and long-lasting love of the Viennese for this typically Austrian delicacy, which you can also enjoy traditionally prepared in our Kronprinz Rudolph restaurant.