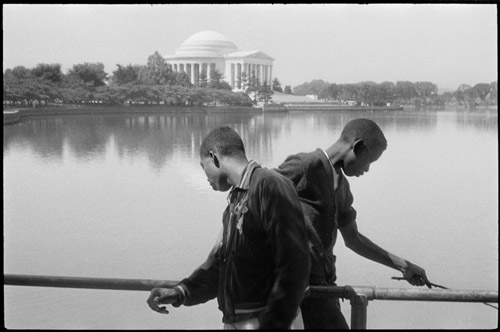 The Compass in the Eye

At the Kunsthaus Wien you can admire photographs by one of the most famous press photographers—Henri Cartier Bresson—until February 26. Photos from the USA, India and the former USSR give the feeling of being there and experiencing the event for yourself.

For me as an enthusiastic hobby photographer, visiting this exhibition was more than compulsory. At a time in which great cameras with ever-increasing resolution are more admired than the photos themselves, one in which nothing seems to be possible anymore without Photoshop, the Cartier-Bresson’s photos have something “curative” in them.

For Cartier-Bresson shooting photos means bringing head, eyes and heart to shot distance. The individual design elements that he uses (95% of his photos are black and white) are geometry in the image formation—his training under cubist
André Lhote at the Academy of Painting proves highly formative—as well as the way he plays with sharpness using the aperture. He has always rejected using the flash. 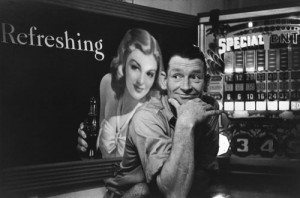 The photographer, illustrator and film director Cartier-Bresson (1908-2004) never viewed himself as a tourist, but rather much more as an observer of a country during his stay. He never compared countries to one another, but rather one era
to another in the same country.

Having traveled and photographed the USA several times myself, some of them off the beaten tourist path, the first part of the exhibition, on the third floor, was my personal highlight. I wish to point out the video installation in this area
(in front of the staircase to the fourth floor) in particular, as viewing it is the best way to grasp Cartier-Bresson’s work and his understanding of photography.

On the fourth floor, the most impressive photos are the ones that Cartier-Bresson took in India on the days following the murder of Mahatma Ghandi.

My recommendation: Go and have a look. You won’t regret it.