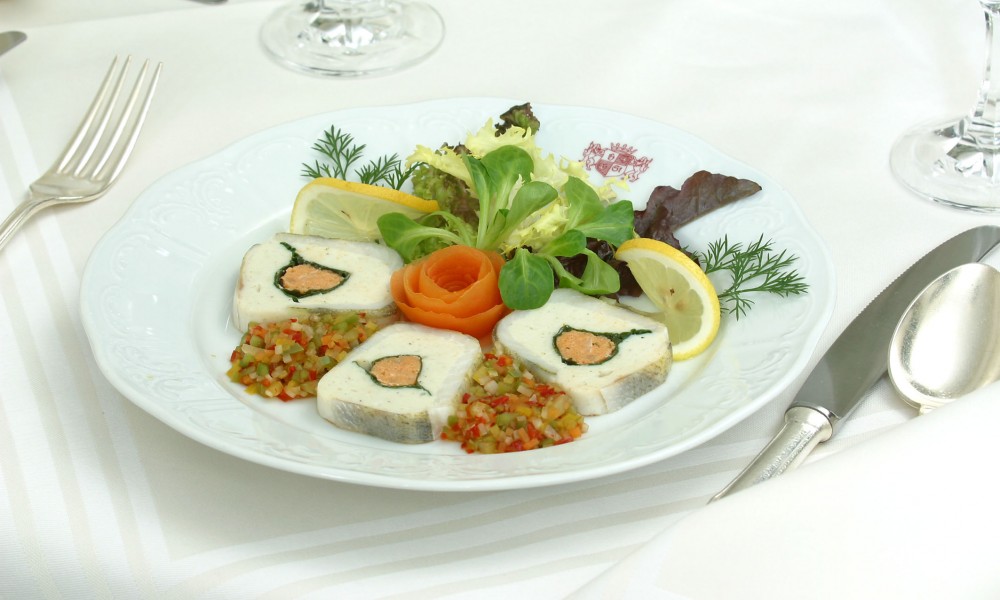 The ball season in Vienna is still in full swing and you can shake a leg several times a week at various events. Yet at some point even the longest carnival is over. Ash Wednesday represents the beginning of the Lenten season – and traditionally also of “Heringsschmaus.”

Ash Wednesday – the beginning of the Lenten season

Fun carnival festivities, all kinds of balls, whether dressed up or wrapped in large evening gowns – the Lenten season offers a broad spectrum of events, of playing the “fool” or shaking a leg on the dance floor in a tailcoat or ball gown. Every year, Ash Wednesday concludes this period of lively celebration and represents, according to Catholic ritual, the beginning of the Lenten season prior to Easter. The Lenten season is supposed to be reminiscent of the 40 days that Jesus spent fasting and praying in the desert. Moreover, this season is intended to be used as a preparation for Easter. During the Lenten season, Christians are supposed to abstain from meat and alcohol.

The term “Ash Wednesday” comes from the custom of consecrating the previous year’s ashes from the burned palm branches and blessing believers with these ashes by drawing a cross on their foreheads during the mass that is celebrated on this day. This is considered a sign of penitence and perishability.

Heringsschmaus – from “poor people’s food” to a gourmet experience 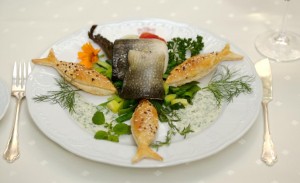 Traditionally, carnival (called Fasching in Austria) officially ends with Ash Wednesday (on March 5 this year) and the Lenten season is officially heralded. Although almost no one really speaks of fasting anymore, Heringsschmaus – “herring feast” – has remained. If no longer for reasons of fasting, Heringsschmaus still has a thoroughly healthy aspect: The “tart fish” serves to purify the body and is outstandingly suited as a “hangover” aid following immoderate (alcohol) indulgence during carnival.

In former times, fish was an inexpensive food, and herring especially was considered a sign of modesty – which fit perfectly into the Lenten season. Permitted by the church during the strict Lenten season, the custom of dining on herring at the beginning of the Lenten season on Ash Wednesday thus developed.

Nowadays, more than just herring is expected with Heringsschmaus. Lobster, crabs, mussels, and all kinds of saltwater and freshwater fish are all on the culinary program. There are no limits to the variety – a culinary dream, viewed in terms of health and purely religiously, it’s not always a “blessing.” Fortunately, in most arrangements there is still the classic herring or matie (young herring) salad in different variations – so you can also enjoy the other delicacies with a good conscience.

The classic components of herring salad bring the body back into balance:

Rich with omega 3 fatty acids, lowers cholesterol, guards against heart disease, is an anti-inflammatory, rich in mineral nutrients and trace minerals, as well as vitamins.

Apples:
Regulate electrolyte balance, have an alkalizing effect, are rich in calcium, pectin and folic acid.

Gherkins:
Rich in calcium and magnesium, supply fruit acids that alleviate hangovers if they are marinated in vinegar.

Potatoes:
Rich in calcium and thereby important for regulating electrolyte balance, magnesium and vitamin B complex (for the nerves), lots of fiber for detoxifying the intestines.

Red beetroots:
Contain betaine for strengthening the liver and the blood vessels, cell-renewing folic acid, betanin (strengthens the immune system and an antioxidant).

Mustard:
Cleanses the kidneys, liver and the digestive tract.

Apple cider vinegar:
Rich in calcium and magnesium, the organic acids generate an alkaline reaction in the body = alkalizing.

Sour cream:
Rich in lactic acid – mobilizes the intestines and the intestinal flora, detoxifies and has a cholesterol regulating effect.

You can thus dig in to your herring salad with the knowledge that you’re doing something good for yourself – you’ll start the Lenten season not only pleasurably, but also healthily! 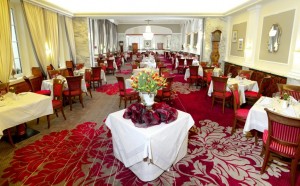 There are delicious herring salads and lots more at the traditional SCHICK Heringsschmaus at the Hotel Stefanie, Vienna’s oldest hotel. In the elegant ambiance of the ballroom in the Restaurant Kronprinz Rudolph, you’ll indulge in all kinds of specialties at the buffet, accompanied by atmospheric piano music, on Ash Wednesday, March 5, 2014, starting at 6:30 PM. Perfect for celebrating the beginning of Lenten season a bit with friends or family…