Winter Visit to the Schönbrunn Zoo 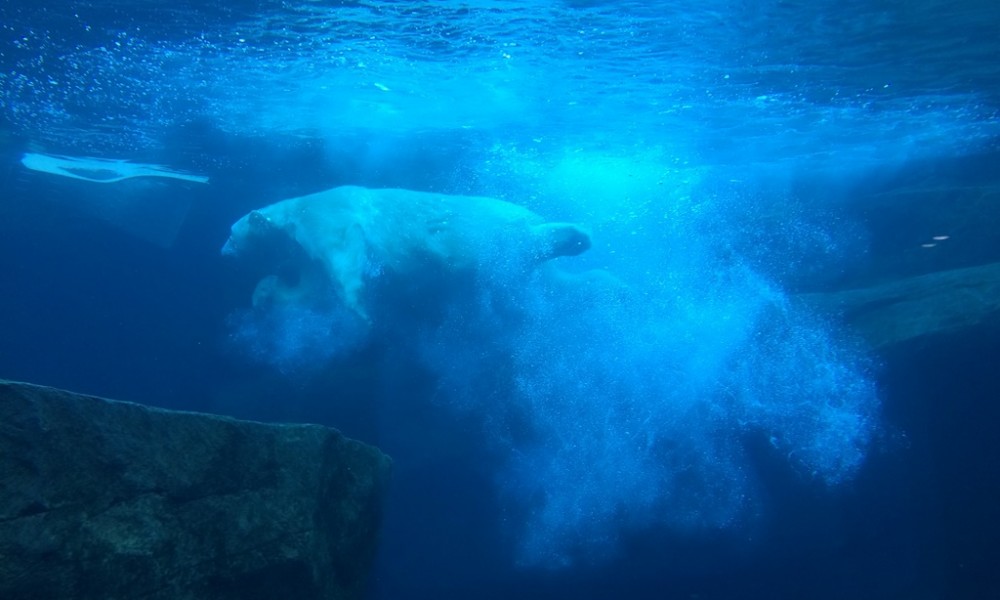 No hibernating in winter

The world’s oldest zoo is open 365 days a year, and taking a walk through the Schönbrunn Zoo particularly in winter has special appeal to me. 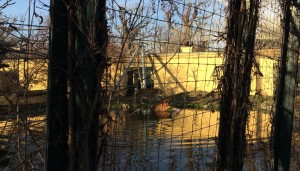 For years already, I’ve visited the Schönbrunn Zoo around the turn of the year. In winter, I enjoy the manageable number visitors, no crowds at the gates and no pebbles in the buildings like in summer. Moreover, the animals often handle the cooler temperatures a lot better than they do the shade at 30°C. They’re much more active and you have a much greater chance of seeing more than just a twitching ear on one of the animals. 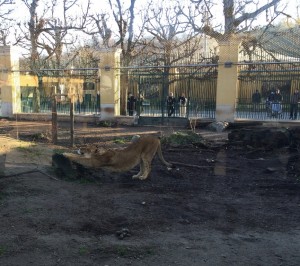 The many buildings housing animals offer a chance to warm up. In contrast to the summer, you can enjoy the comforting warmth and make it through without suffocating. My tip: Visit the friends of Remy from Ratatouille in the rat building, or “Wirri Wirri” in the koala building. This was an aboriginal name for a whirlwind, a pretty daring name for a koala that sleeps 20 hours a day. That’s even more than sloths.

A late Christmas for the animals

Especially after Christmas, in many of the animals’ compounds you’ll see Christmas trees that the animals snack on, use to scratch their backs or to play, as they please. It’s a sort of Christmas for the animals, so to speak. Hopefully these are trees left over from Christmas tree sales and have now found their use. 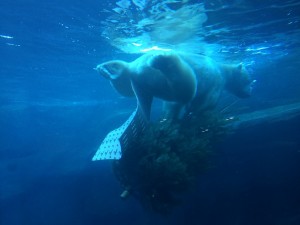 Playing with the Christmas Tree

Giraffe building to be rebuilt

To continue to be among the best zoos in the world, the Schönbrunn Zoo is continually modernized and renovated. After the opening of the polar bear world, the giraffe building, built in 1828 and under historical monument protection, will be renovated in order to offer the animals a larger interior as well as exterior area. Starting into 2017, visitors will literally be able to look the giraffes straight in the eyes. Get ready for a surprise. Currently, the giraffes are housed outside of the zoo, on the grounds of the Maria Theresa barracks in Vienna’s 13th District. If you take the Tirolergarten exit of the zoo and walk through the park past the emus’ compound, you’ll come across the giraffes right near the parking lot—and you don’t even need to pay admission. 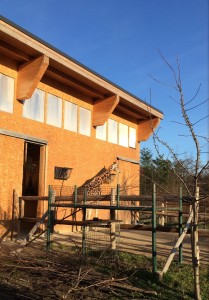 Waiting for the new house

Schönbrunn Zoo was by Emperor Franz I Stephan von Lothringen, the husband of Maria Theresa, and celebrated its grand opening in 1752. Today, it is part of the UNESCO World Heritage site of Schönbrunn and has already been awarded Europe’s best zoo four times.

If you’re interested in even more superlatives, we recommend spending the night in Vienna’s oldest hotel, the Hotel Stefanie, located at Taborstrasse 12 in the 2nd District, which has accommodated guests since the year 1600.