Love and Kisses for Valentine’s Day! 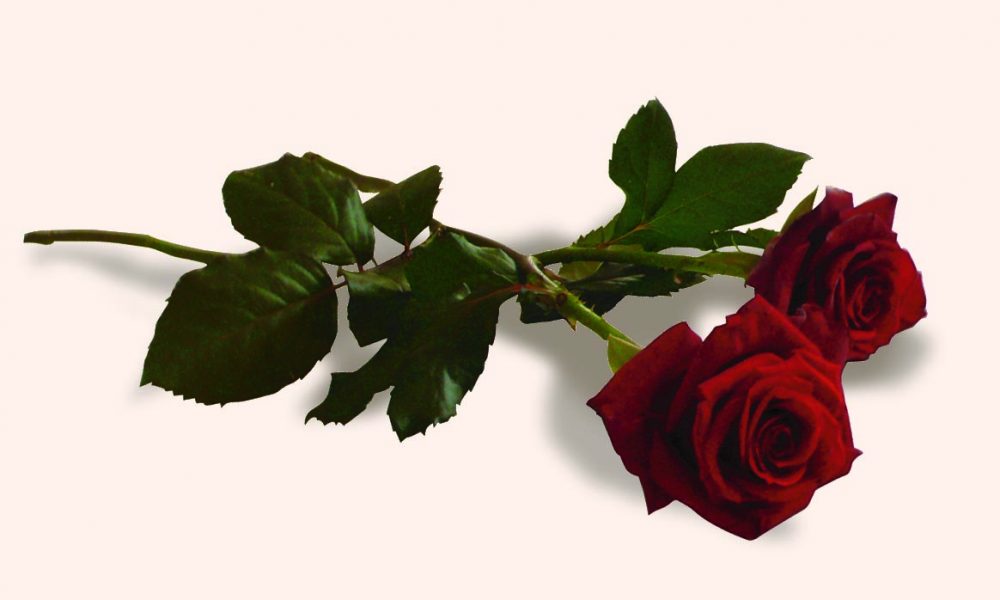 It’s that time of year again tomorrow – lovers the world over give flowers, sweets, romantic dinners, love poems, perfumes and lots more on Valentine’s Day as a sign of their deep affection and love. Yet why do we actually celebrate this day, and why is it called “Valentine’s Day”? Let’s go on a quest through the footprints of love…

Valentine’s Day is usually traced back to the work of Bishop Valentine of Terni. The patron saint of lovers lived in the 3rd century CE. According to oral tradition, despite being forbidden from doing so by Emperor Claudius II, as a priest Valentine performed weddings for couples according to church ritual and gave them flowers from his garden as gifts. According to legend, the marriages he performed were under an especially good and lucky star. Upon the order of Emperor Claudius II, on February 14, 269, Valentine was beheaded due to his Christian faith.

According to old lore, on February 14 people also thought of the Roman goddess Juno, the goddess of marriage and family. In honor of her, people decorated alters with flowers and gave flowers to the women in the family.

In England, February 14 has been the “Day of Lovers” ever since the 15th century. Already back then, lovers courted one another with little gifts or poems, and later also with flowers, as symbols of affection. Valentine’s Day only made it to Austria after the Second World War, when it was introduced by occupying soldiers from America.

Also amusing is that some people think that Valentine’s Day hearkens back to the silent movie star Rudolph Valentino, whose fans showered him with flowers on February 14. 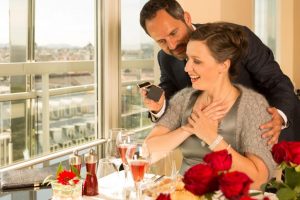 Valentine’s Day became known and widespread primarily via the intensive advertising on the part of flower shops and florists, as well as chocolatiers. For this reason, Valentine’s Day is also often viewed as an invention of these industries.

What should I give to my sweetheart?

You’re allowed to give whatever you like: from classic roses or pralines to your favorite-smelling perfume, jewelry or sinful Negligés, all the way to a romantic dinner or a short vacation in trusted togetherness, etc. It’s often the little things that are so valuable: your favorite dessert which you prepared yourself, a love poem you wrote yourself, or maybe just time for your loved one. 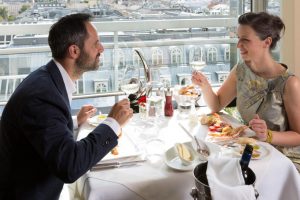 Suitable to the romantic atmosphere over the rooftops of Vienna in the restaurant Das Schick (and since the way to one’s heart is through their stomach, after all), the restaurant team is serving a special 7-course Valentine’s Day Menu starting at 6:00 PM on February 14, 2018. The dishes include the finest delicacies, such as “scallop carpaccio”, “Périgord truffles”, “wild-caught turbot” or “rabbit & octopus”, which just melt in your mouth. Have these descriptions sparked your curiosity? HERE you’ll find the complete menu with all details. There are still some free spots… we look forward to your reservation!