From Suburban Cemetery to Picturesque Park 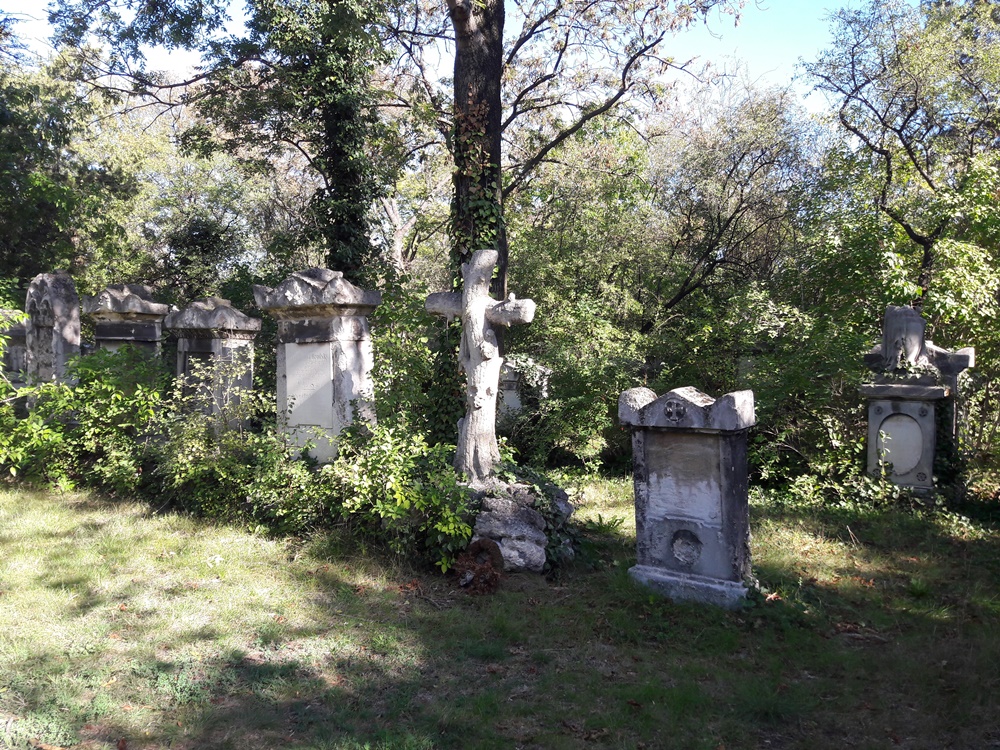 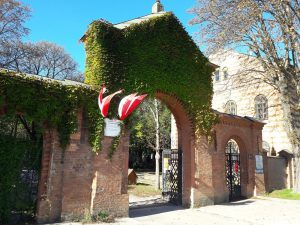 Entrance to the cemetery St. Marx

Fittingly for the fall season, I decided to visit the St. Marx cemetery. An unknown gem. Even before passing through the front gate I am struck by a mystic feeling and a sense of excitement as I gaze upon this park-like, green oasis in the middle of Vienna. Standing before the gateway I take in the orderly disorder of the place: old tombstones, some worn away with age, others restored and well tended. Curiosity overtakes me and I enter the cemetery.

In the 16th century, the first efforts were made to move the cemeteries away from the inner city of Vienna and out into the suburbs. 5 cemeteries were founded at locations outside the city walls of Vienna. The St. Marx Cemetery is the only fully preserved Biedermeier cemetery in the city. You have to imagine that this was a highly controversial topic at the time that had much of the population up in arms. In the end, Emperor Joseph II prevailed by passing a regulation and created the suburban cemeteries. 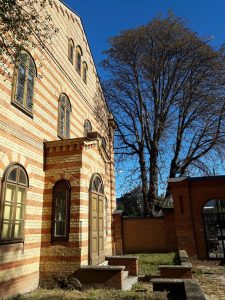 Viennese Expressions for “To Die”:

The St. Marx Biedermeier Cemetery was opened in 1784 and closed in 1874. Occasional funerals were still held there after that. Today it is a quaint park and memorial. The Vienna City Gardeners (MA 42) maintain the plants at the memorial but let them grow naturally. Sometimes it even seems as if they are simply left to grow wild. This gives the place a very special charm and in foggy weather, together with the grave stones, makes for truly unique images.

In 1791, Wolfgang Amadeus Mozart was buried in this cemetery. At that time it was customary to place the dead in mass graves, simple burial mounds. A short time later, it was no longer possible to find the actual burial place.

Back then, Mozart was accompanied by a traditional funeral procession through the city center to the Stubentor City Gate. From there it was customary for the body to be transported to the cemetery without any more followers. At the St. Marx cemetery, the body was laid out in the mortuary right at the cemetery entrance for 48 hours. This custom was introduced at the time to make sure nobody was accidentally buried alive. According to testimonies, a funerary monument was erected for Mozart at the current location in 1859. That monument was then relocated to the Central Cemetery in 1891 on the occasion of the 100th anniversary of his death. The cemetery warden, Alexander Kugler, erected a new memorial in the empty space that still stands today. 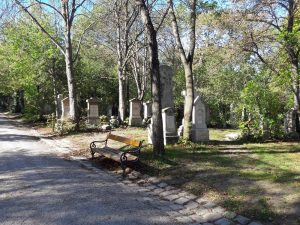 Trails through the cemetery

An impressive green oasis located in the third district. The plant life is a bit rustic, but that makes it even more magical and enigmatic. Many tombstones are still preserved and their inscriptions truly transport you back to the 1800’s. It is worthwhile diving into history in this way.

I was all alone on my visit, aside from the inviting rays of sunshine and a stonemason who was quietly repairing tombstones. As I was leaving, more visitors arrived. For me, the contrast between old and modern exudes a special charm. Therefore, I would also like to mention that directly beyond the east wall of the cemetery runs Austria’s most-traveled highway, the southeast tangent: The modern is connected with the historical, as the passing traffic is unmistakable. 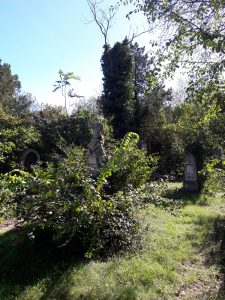 Accessible from all Schick Hotels: Tram stop opposite the front of the Staatsoper, line 71 to St. Marx, then via the Grasbergergasse and Leberstraße, about a 10-minute walk, to the former cemetery. The cemetery is graveled with fine pebbles and is located on a slight slope.