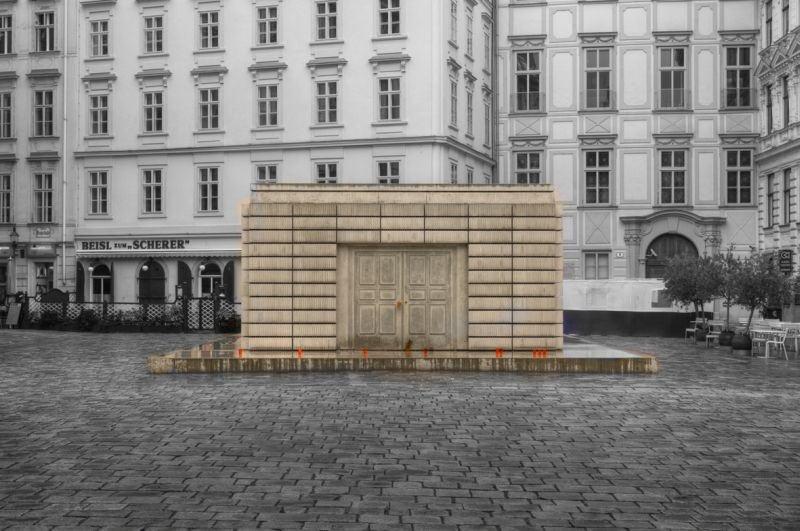 Situated in the heart of Europe, the Austrian city of Vienna continues to increase in popularity.

It attracts millions of tourists to Austria each year to examine its scenic as well as cultural landmarks. The statistics speak for themselves: Last year, Austria recorded more than 120 million overnight stays—an upward trend. Precisely that is an incentive for getting to know “Jewish Vienna” from an entirely new perspective and seeing the city cross-culturally in a new light. Few cities in Europe offer as wide a selection of landmarks of Jewish history as does Vienna.

One of the main attractions is Judenplatz (“Jewish Square”) in Vienna’s First District. Here, Simon Wiesenthal erected a memorial to the more than 65,000 Austrian Jews who were victims of the Holocaust. In the middle of the square is a reinforced concrete cube on which library walls are mounted. On the floor tiles are recorded the names of the people who lost their lives during the Nazi era. The interdisciplinary Jewish Museum, only a few minutes’ walk from Judenplatz, offers extensive exhibitions, information and illustrative material of Jewish history. Culinary gourmets also won’t miss out, of course. A multitude of Jewish restaurants invite you to try Jewish delicacies in a beautiful atmosphere. In addition, there are numerous kosher restaurants in the immediate vicinity. Gourmands and adventurous palettes are also catered for—in my next blog entry I’ll guide you through several Jewish traditions.