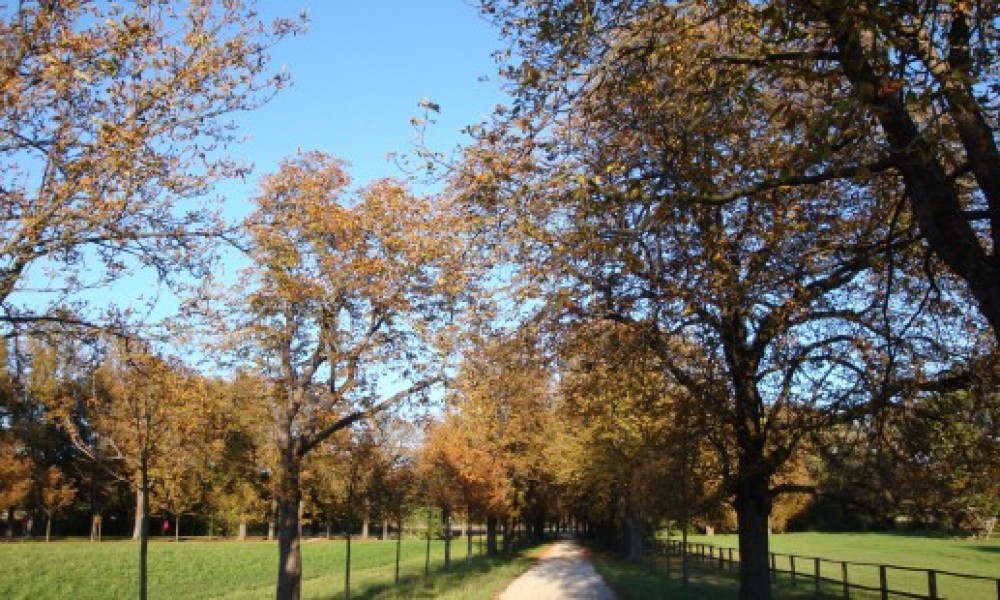 On the outskirts of Vienna, in the city’s 13th District (Hietzing), is an authentic natural gem for the city. For big and little people, young and old alike, everyone gets their money’s worth at this wildlife preserve.

Originally, the Lainzer Tiergarten served as an imperial hunting grounds (already in the 16th century) and was reserved for the city’s rich and powerful. In the 18th century, Emperor Joseph II had a wall built around the zoo, for which he commissioned master builder Philipp Schlucker. As he managed to underestimate the construction costs massively, he had to complete the wall at a fee far below the actual costs. This is the origin of the German phrase “Armer Schlucker” (“poor fellow”), so the saying goes.

Later, in the 19th century, emperor Franz Joseph had a refuge built for Empress Elisabeth. There, it is still possible to get a picture of how the empress went horseback riding, thanks to the well-preserved facility.

Since 1919, the Tiergarten has been partly accessible by the public. In the meantime, plans also arose for using the park commercially. Originally, not only hotels and tennis courts were planned for the Tiergarten, a golf course was also to have been built on one of the most beautiful and untouched parks in Vienna. (Please click the following link for more information on the history of the Lainzer Tiergarten: Lainzer Tiergarten)

The Lainzer Tiergarten is not only ideal for walking and hiking, it is also perfectly suited for relaxing. There are numerous trekking, jogging and hiking paths through the park. Should you wish to take a little break in the meantime, you can indulge in culinary delicacies at the Artner Restaurant in the Hermesvilla. The park is also an adventure for young visitors. In addition to playgrounds and fields, there is a game reserve with roebucks and aurochs, a lake, a watchtower and, last but not least, freely roaming wild boars.

Tours through the park

If you’re interested in the park’s animal or plant world, I can warmly recommend a tour of the park. The tours are not only interestingly presented, they are also full of humor and variety. (Here is the link to the tours.)

The Hermesvilla, located about a ten-minute walk from the Lainzer Gate, is currently home to a museum that is part of Vienna Museum. There, you’ll also find a permanent exhibition of the imperial family and their living environments, 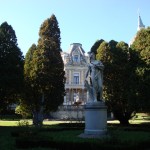 which are presented with as historically accurate furnishing as possible. For lovers of the painter Gustav Klimt, the villa has a special feature, namely a ceiling painting beautifully named “Spring” in the salon, which was painted by him, his brother and Hans Matsch. The villa would have fallen into oblivion after the two World Wars, had it not been for a feature film (Miracle of the White Stallions, 1963) shot on-site, which suddenly inspired interest in it and put the forgotten jewel back into popular memory—as is so often the case with films. (A direct link to the Wien Museum websites, with driving directions, opening hours and entrance fees, can be found here.)

Starting in the 1950s and up to 2005, the summer stables of the Spanish Riding School were located on the premises of the Hermesvilla, and the stallions were thus ridden through the park during summers. What a view!

As the park is accessible via different gates and is also open during winter, you can find a link to the corresponding page here.

All pictures have been made by the author, Copyright Michael Grutschnig