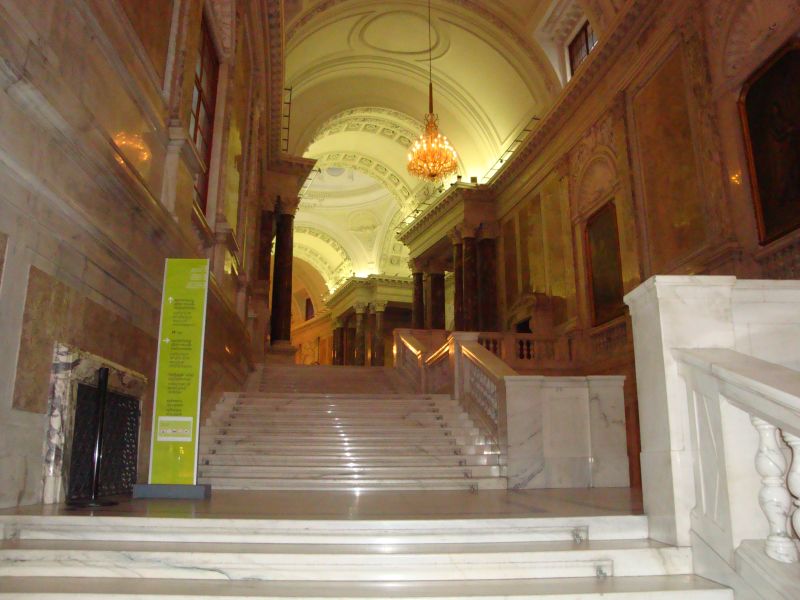 In the heart of imperial Vienna in the Hofburg Palace, next to many other museums, is the unique Museum of Historical Musical Instruments. 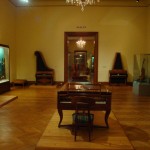 Under the direction of the Museum of Art History, the Museum of Historical Musical Instruments is located in the wing of the National Library that also houses the Ephesos Museum’s collection of antiques and the Collection of Arms and Armour. Just why the buildings along Vienna’s Ringstrasse are among the most impressive and magnificent in the world becomes evident once you ascend the lavishly designed stairway, with impressively high rooms, adorned with ceiling frescoes, wonderful ceiling lights and innumerable fancy details in the plastering.

We have Tyrolean sovereign Archduke Ferdinand II’s love of preciosities to thank for the majority of the collection. Originally, the collection was part of an art chamber that was housed in the Ambras Castle in Tyrol. Due to the Napoleonic wars, the collection was brought to Vienna in 1806. The focal point of the collection is in exhibits from the late Renaissance and early Baroque eras and it is not only one of the most comprehensive collections of historical musical instruments in the world, but also among the most valuable. A comparably impressive museum of historical musical instruments is in Brussels. It is the MIM-Museum. Another similarly impressive collection is in Munich (here is the link). 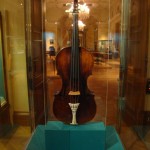 Particularly interesting from a historical perspective is the violin of Leopold Mozart, the father and pedagogue of Wolfgang Amadeus Mozart. It is on display by itself in a glass case, making it look like a shrine that bears the magic of genius.

A fortepiano that was once in the possession of Clara and Robert Schumann and later owned by Johannes Brahms bears witness to a musical tradition that remains famous throughout the entire world to this day. It is not for nothing that classical music continues to be some of the most listened-to music in the world.

The violins by Jakob Stainer, with their famous snail carvings (these were mostly the scrolls), are evidence of the craftsmanship of the seventeenth 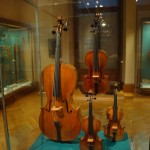 century. Although the finished instruments do not approach the mastery of Antonio Stradivari or Guarneri del Gesu, the tradition and heritage from which these instruments evolved are evidenced here.

Here is the link to the museum.

“Music is a higher revelation than all wisdom and philosophy.”

All photos are copyright of the author.