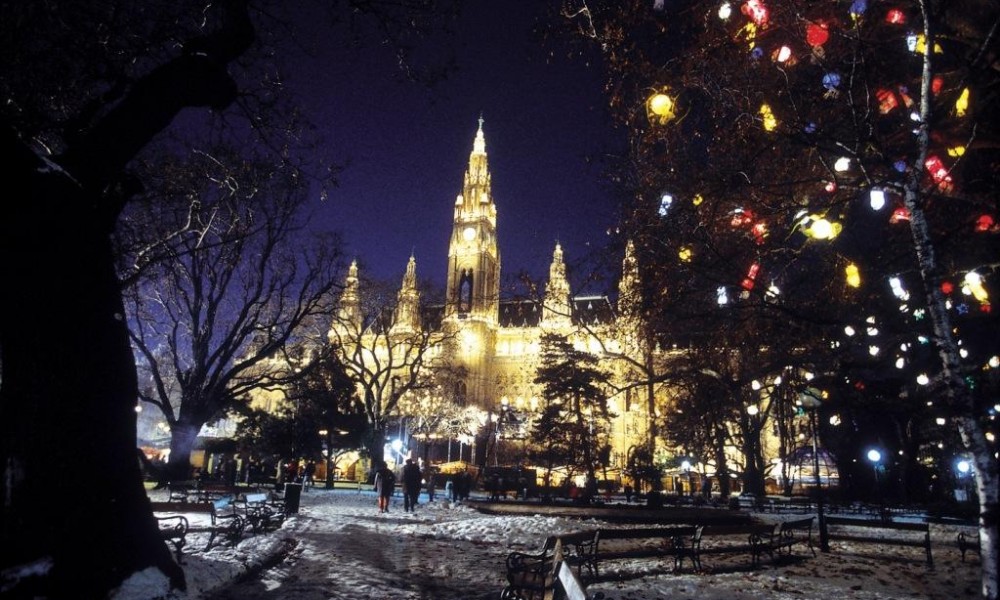 Christmas indulgences throughout the ages

A festively decorated Christmas tree, innumerable gifts, holiday menus on Christmas Day and Boxing Day, within the family circle or with friends – for the majority of us, that’s what a Christmas celebration looks like nowadays. Cozy get-togethers and good food are the focal points of events. Was this also the case in former times? What used to appear on the Viennese Christmas dinner table?

Continuation of the article from December 15, 2011:

With the onset of the First World War, holiday dishes became more modest, due to the lack of foodstuffs that was prevalent everywhere. Bean soup, roast lamb and pan-fried semolina dumplings were now on the Christmas menu. It was not until the so-called “Viennese society” starting around 1928 and into the 1930s that Viennese cuisine was once again celebrated.

Unfortunately, this elation did not last long – with Austria’s integration into the German Reich and the beginning of the Second World War came a time of privation. Provided that there was enough to eat, there were stews, casseroles and pan-fried dishes. The subsequent occupation period eventually brought unknown foods such as corned beef and canned fish, for which the hungry populace following the war years was more than grateful. The Christmas stosuppe (soup made from curdled milk, sour cream, water, flour and spices) or fischbeuschelsuppe (bouillabaisse) on Christmas Eve were everywhere due to the scarcity of fresh meat, which lasted until 1952.

Americanization and internationalization stopped at nothing—including Viennese cuisine. The “Hawaii schnitzel” could now be found on Christmas menus alongside mayonnaise egg during the so-called “Sinalco” epoch. Major chefs such as Franz Ruhm and Karl Duch paved the way for the “new Viennese cuisine.” In addition to the avowed Viennese national dishes of wiener schnitzel, boiled beef and breaded and fried chicken, carp, fried duck and goose, pork roast and the ever-popular Christmas cookies once again established themselves especially during Christmas.

Today, we have a culinary embarrassment of riches, whether it’s with an Italian or Asian touch, light or heavy, classically Viennese or contemporary Austrian. Traditions are often handed down from generation to generation: deep-fried carp on Christmas Eve, Christmas goose on Christmas Day, the big roast on Boxing Day. Every possibility is available to us, from cooking at home to celebrating and feasting in restaurants. The Schick restaurants also have delicious Christmas specialties in their repertoire once again.

What do you serve during the Christmas holiday? What sort of culinary treats do you desire on your holiday menu? I look forward to your feedback.

I wish you a merry and pleasurable Christmas celebration!