The five most wonderful churches in Vienna – Part 1: The Church of St. Augustin 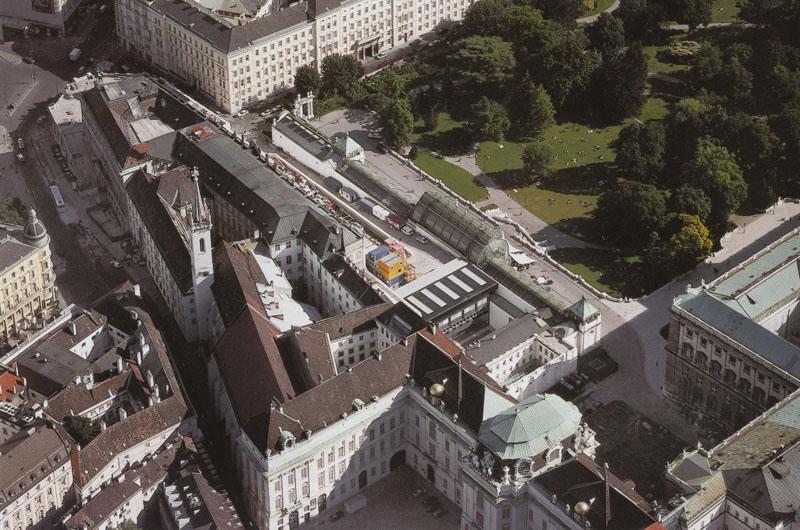 The Church of St. Augustin

It was not until the death of the “last” Habsburg, Otto, in July of 2011 that the Church of St. Augustin was once again in the media, yet it is more than just a church…

The tomb of Marie-Christine of Saxony, Duchess of Teschen

Towering immensely to the right like a small island, the monument to Maria-Theresa’s daughter—the flat pyramid-shaped grave is five meters tall—is inscribed in Latin “VXOR OPTIMAE” (“the best wife”).

Sculpted of the finest Carrara marble, Caritas (as an image of charity) leads an old man by the arm towards a portal…. according tothe classical perspective, portals represent eternity and resurrection…. This theme is beautifully reflected in the image 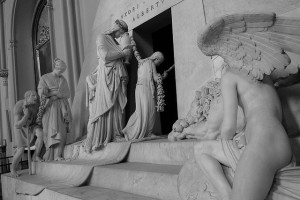 Tomb of Marie-Christine by Canova

of Marie-Christine, borne by a guardian angel (blissfulness). This is framed by a serpent that bites its own tail and thereby forms a circle without beginning or end.

Further ahead, the allegory of virtue is accompanied by two torchbearers. In their hands, Virtue is carrying an urn that she hands to Eternity.

On the lower right end is a lion, the symbol of strength, and an angel of death, on behalf of her husband Albert. The coats of arms are also interesting—one of them is behind the lion (the Habsburgs’ coat of arms) and the other under the right knee of the angel (the duke’s coat of arms).

The cenotaph (as an empty tomb is described; the body is buried in the Capuchin crypt), which was created between 1801 and 1805, is a masterpiece of classical sculpture made by Antonio Canova. Not entirely uninteresting is the fact that it cost a fortune, even for the decidedly wealthy Prince Albert of Saxony, Duke of Teschen… and he requested payment by installments from the master.

The Chapel of St. George

Several important wall tombs, e.g., that of Leopold Graf von Daun (victor in the Battle of Kolin in 1757), can be found in the chapel. Through his work and efforts up to 1751, the Theresian Military Academy was founded in Wiener Neustadt in 1752, at the instigation of the ambitious Lord Daun.

Moreover, a cenotaph for Emperor Leopold II (d. 1792) and a commemorative plaque to Maria Theresia’s famous personal physician Gerard van Swieten (d. 1772) are also located in the Chapel of St. George. He is also buried in the chapel’s crypt.

Directly connected to the Chapel of St. George is the Herzgruft of the Habsburg / Habsburg-Lothringer dynasty. According to an old tradition of monarchs from the early Middle Ages, the mortal remains are buried in the Capuchin crypt, the entrails in the intestinal crypt under the choir of St. Stephan’s Cathedral, and the hearts likewise in the Loreto Chapel. Although this admittedly 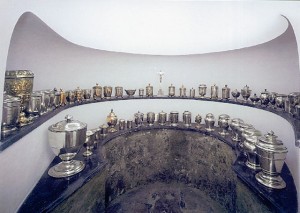 strange tradition once had hygienic and philosophical reasons (the heart as the seat of the soul) and stems from the early Middle Ages, recent research reveals a thoroughly not unjustified parallel to the manner of burial and mummification of the pharaohs.

The history of the church itself

In the year 1327, Duke Frederick III (the Fair—motto: ad huc stat – he still stands) donated a church and a monastery to the Augustinian order. The church was consecrated in 1349 and was initially free. It was only later connected to the Hofburg via the Albertina tract (which houses the collection of Prince Albert of Saxony, Duke of Teschen, as is well-known). In 1634, it was named the official parish church to the imperial court and was thereby the stage for some of the Habsburg monarchy’s, and thus Europe’s, most important marriages. For instance, Archduchess Maria Theresia married Franz von Lothringen in 1736, and in the course of a proxy marriage (see forms of marriage), Marie Antoinette married the later King Louis XVI in 1770. The marriage between Emperor Franz Joseph I and Princess Elisabeth (Sissi) of Bavaria was also performed here in 1854. Due to the Josephinian reforms, monastery life died a slow death up until 1836. The church was then looked after by Diocesan monks for 115 years. It was not until 1951 that Sudetan-German Augustinians who had been driven from their homelands once again reclaimed control over the church and monastery.

The history of this church speaks for itself…. Don’t miss this piece of history!