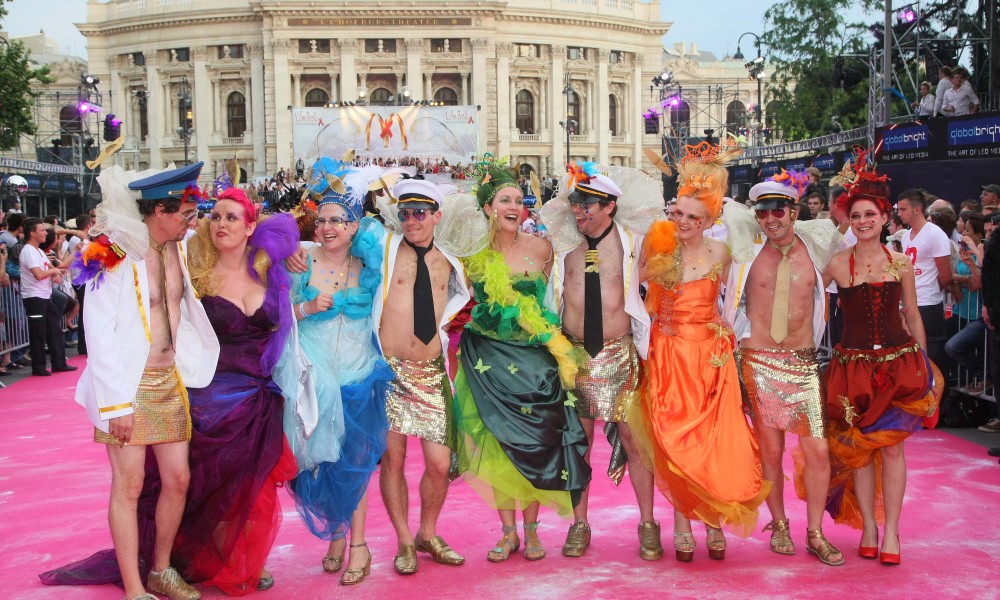 In true keeping with the saying, “There’s no business like show business,” this time I’ve  compiled cultural tips for fans of Vienna. There’s a lot going on in the city and the cultural scene offers something for everyone. In order to retain an overview of the varied program (okay, actually finding dates), I’ve set about in search of traces of the gay and lesbian cultural and events program for the ensuing months.

There’s something for every taste: dance, theater, comedy and of course the large and small events that make living in Vienna so worth living and loving. To make it all the more exciting, I should best begin straightaway with an event that is currently being  held in the MuseumsQuartier:

Ballet Revolución is an innovative mix of styles and genres that won’t leave anyone cold. The excellent Cuban dancers are setting a shining counterpoint in the international dance scene with their combination of African and Spanish dance traditions together  with superior Russian dance technique that is unique in all the world.

On March 15, Alexander Georg is performing his seminar cabaret “Schwul – aber nett” (“Gay – but nice”) at the Metropoldi.

A concentrated dose of shamelessness is coming to us between the 12th and 27th of April. FSK12, the 2012 Festival of Shameless Culture, is once again bringing us well-known faces.

To start things off, PAM ANN will serve us the heights and depths of the airline business in “Your F’Coffee” on 12 and 13 April in Hall E of the MuseumQuartier inVienna.

On 18 April, Lucy McEvil & Dusty O will perform their program “Ausg’schamt” (“Shamed”) in the Stadtsaal. They find themselves exiled in a massive identity crisis. Not least of all, the question of “What shameless thing will you bring to the end of the world in 2012?” should be answered.

With his work “The Living Cartoon,” Ennio Marchetto will be making a guest appearance at the Stadtsaal on 19 April, featuring Kylie, Marilyn, Whitney, Björk and an additional 50 stars in 75 minutes. All of this is offered by Ennio Marchetto, the prizewinning comedian and quick-change artist from Venice who developed his very own theatrical language. His language combines pantomiming, dance and lightning-fast changes of costume, which are made exclusively from cardboard and paper.

In the Stadtsaal on 20 April, Jonathan Hellyer will bring us his work The D.E. Experience. To that, I can only say, “Hello Possums!”

Annamateur & Außensaiter, Zärtlichkeiten mit Freunden and Jan Heinke will bring us dancing fun with their program “Dreckiges Tanzen” (“Dirty Dancing”) in the Stadtsaal on 21 April. Yes, this is it—dancing fun. For one evening, dirty dancing will be socially acceptable. An evening about not coming and keeping at it, come-here-go-away games, lady-killers and spring snowflakes, disappointments and surprises—a soul striptease in opaque pantyhose for anyone who is shameless enough!

Also in the Stadtsaal, from 24 through 27 April, Ursli and Toni Pfister with the Jo Roloff Trio will bring us heartache and grand theater in “Servus Peter & Oh lá lá Mirelle”—sparkling like champagne! Tickets for this event are available here. 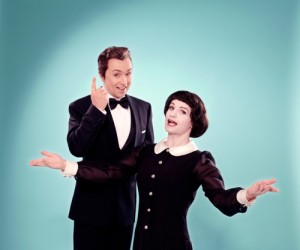 The 20th Life Ball will take place in front of and in the Vienna  City Hall on 19 May, under the slogan “Fight the Flames of Ignorance.” The Style Bible is already available online, and starting today you can register for tickets at krone.at.

Between the 12th and 16th of June, Vienna Pride will take place for the second time, this time at City Hall square (Rathausplatz). Culture and culinary delights will be offered in the tent city. As always, the highlight of the event is the Rainbow Parade on 16 June 2012.