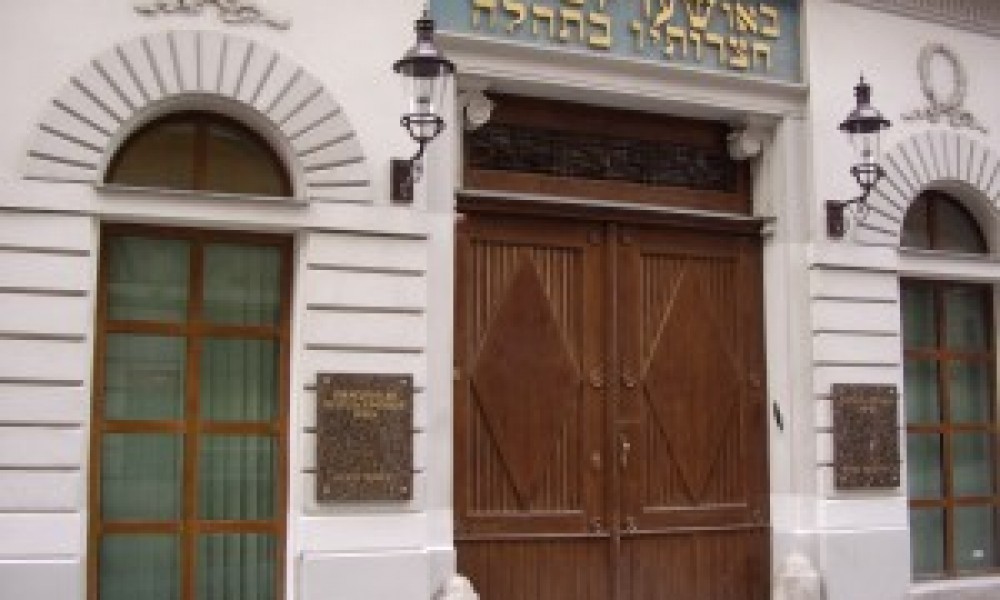 The Stadttempelis the largest and oldest preserved synagogue in the heart of Vienna.

The Stadttempel (City Temple) is located in the city center, where Jewish life and cultural highlights also take place. Upon the dissolution of the ghetto in 1670, Viennese Jews were forbidden from practicing their religion in public until the beginning of the 19th century.

In 1824, Viennese Jews received permission to construct a synagogue. The Viennese architect Josef Kornhäusel was commissioned to build the temple. The

According to the Vormärz (prior to the March 1848 revolution) building codes under Joseph II, non-Catholic houses of prayer could not be visible from the street and instead had to be hidden behind the façade of an apartment building. For this reason, the synagogue was not set alight during the November 1938 pogrom, since doing so would have risked the entire apartment block going up in flames. The interior decoration, which was destroyed by the Nazis, was reconstructed and renovated in 1963. Today, the Jewish community comprises around 7000 members. The Chief Rabbi of the Jewish community is currently Prof. Paul Chaim Eisenberg.

Tours are offered several times per weekfor viewing the synagogue and obtaining interesting information on it. The seat of the Jewish community and the Library of the Jewish Museum Viennaare located in the same building.

Visiting the synagogue is especially worthwhile on religious holidays, as the entire Jewish community assembles there to exchange ideas and to pray.