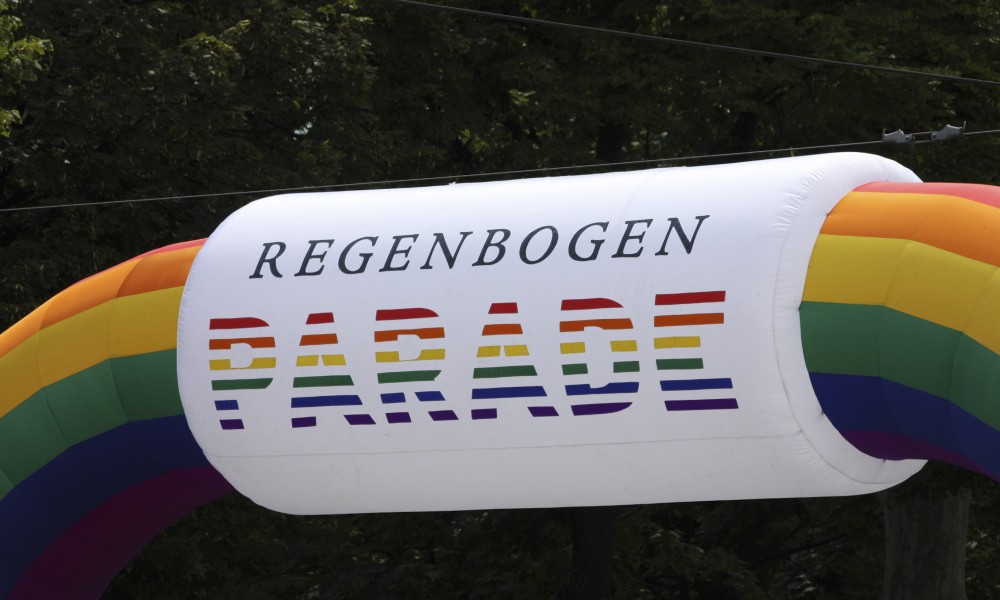 This past week, from June 12 to 15, the second Vienna Pride took place with the slogan “Born This Way.” What began at the Naschmarkt last year still as an experiment by the community was to become, I’m tempted to say, a logical further development at Vienna’s City Hall Square (Rathausplatz).

With the marvelous City Hall scenery in the background, the tent city offered visitors a series of information and conversation topics on the theme “Lesbian, Gay, Bisexual, Transgender.” Representatives of numerous associations, organizations and advice centers presented themselves with information stands, film showings and workshops for school classes and youth groups, among other initiatives. A mixture of lectures, political talks and highly charged discussions dealt with topics of health questions, LGBT media, being out at the workplace, “How homosexual-friendly is Austria?” and registered partnerships. For anyone wanting to find out how “gay” Vienna really is, he or she had the opportunity to participate in a city tour which stopped by the Vienna City Hall or the University of Vienna over the course of a gay tour. 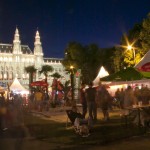 Chill Out at the Pride Village

Those who “only” wanted to come to chill out discovered in the Pride Village a lawn with a sand area and lounge chairs. The whole event was rounded off with music and a substantial gastronomic selection.

Pride Week ended with the 17th Rainbow Parade through Vienna’s Ringstrasse under a beaming blue sky and glorious weather. 43   groups, three gastronomy vehicles, as well as task forces took part in the parade, which according to media reports was followed by 150,000 spectators. A colorful show program rounded out the parade and a successful week at City Hall Square – directly in the heart of the city and in a place that stands for togetherness and respect; Vienna’s city center was wholly dedicated to “Born This Way” until the wee hours of the night.