To celebrate the anniversary of the Vienna Ringstrasse, they are currently numerous exhibitions, such as those in the Jewish Museum Vienna, the Austrian National Library, the Architekturzentrum Wien, the Secession, the Museum of Natural History, etc. Two other highly interesting new exhibitions on this topic are immediately available at Wien Museum and, starting at the beginning of July 2015, the Lower Belvedere. Like all other events on this topic, these are highly recommended!

The Ring.
The Making of a Grand Boulevard

This is the title of the new exhibition in the Wien Museum, which, in keeping with the anniversary of the Ringstrasse, is dedicated to showing Vienna on its way to becoming a modern metropolis. Never-before displayed blueprints, models and photos comment on the “old” and “new” Vienna, construction sites, demolitions and the construction of new buildings. The exhibition also shines light on the “society in transformation.” The Ringstrasse, the prestige project of the imperial dynasty, became a stage for the bourgeoisie, which gained in political, economic and cultural significance vis-à-vis the aristocracy and decisively shaped the Danube monarchy in recent decades.

Around the middle of the 19th century, Vienna was among the largest and fastest-growing cities in Europe, yet it was anything but a modern metropolis. This was to change: Around Christmas of 1857, Emperor Franz Joseph ordered the demolition of the city walls and the construction of the Ringstrasse. Thanks to its abundance of exemplary architecture in the preferred historical styles of time, the Ringstrasse became the “High Street of the 19th century.” At the same time, this modernization set the course for  future development of the city of Vienna to become a modern metropolis.

The exhibition traces the origins of this monumental idea, presents the central players, documents the course of the construction site and the demolition of the old bastions and city walls and looks at and behind the façades of the Ringstrasse construction. However, it also sketches the positive re-evaluation of the Ringstrasse since the 1960s and questions the significance of this unique street of buildings for present-day Vienna.

Admission:
Adults  EUR 8.00
Senior citizens, Vienna Card (Wien-Karte) holders, Ö1 Club members, disabled persons, students up to 27  years of age, trainees, military or civil servants, groups of 10 or more:
EUR 6.00
Free admission for children under 19 years of age.
Admission is free for all visitors the first Sunday of every month.

Those interested in the artistic background and facets at the time the Ringstrasse was built can look forward to the new exhibition in the Lower Belvedere:
Klimt and the Ringstrasse, starting July 3, 2015.

During the Gründerzeit (lit. “Founder Epoch,” the era of rapid industrial expansion in 19th-century Germany and Austria), numerous palaces and magnificent official buildings were built along Vienna’s Ringstrasse. With its exhibition Klimt and the Ringstrasse, the Belvedere is dedicating itself to those charismatic Ringstrasse painters who significantly shaped their era. The exhibition starts with Hans Makart and proceeds to the triumph of the young collective of painters and other artists surrounding Gustav Klimt. Reconstructions of entire decoration ensembles reveal to visitors the glamorous lifestyle of the Ringstrasse era. 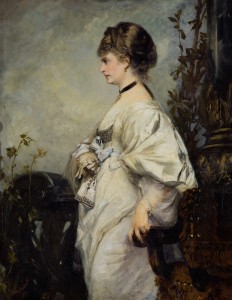 With the aid of layout images for public buildings and private apartments, the various artistic positions can be compared. Works on exhibit communicate changes in style as well as continuities. On display are works from the historical painting-oriented school of Carl Rahl, the color magician Hans Makart and the young, up-and-coming painter Gustav Klimt, who is represented in the exhibition with early reference works. These painters represent the culmination and ending of painting during the Ringstrasse era.

In the exhibition, layout images for the Burgtheater and the Museum of Art History, drafts for the magnificent rooms of the Palais Epstein, Makart’s painting for Nikolaus Dumba’s study, parts of the layout of Dumba’s music room by Gustav Klimt and artist colleagues, as well as Makart’s personal furniture are on display.

The preview sounds promising – you may be curious…

Further details can be found HERE. 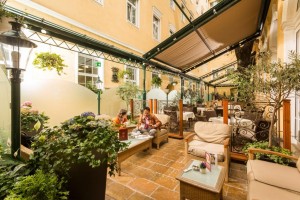 Tip: After an intensive visit of an exhibition and as final highlight, we recommend to enjoy the delicious Ringstrassen-cocktail “Sound of the Ring”, created especially for the 150-years jubilee, perhaps at the courtyard garden or café-bar at Schick Hotel & Restaurant Stefanie, the oldest hotel of Vienna – since 1600, or at the cozy restaurant Wiener Wirtschaft at the traditional Schick Hotel Erzherzog Rainer!