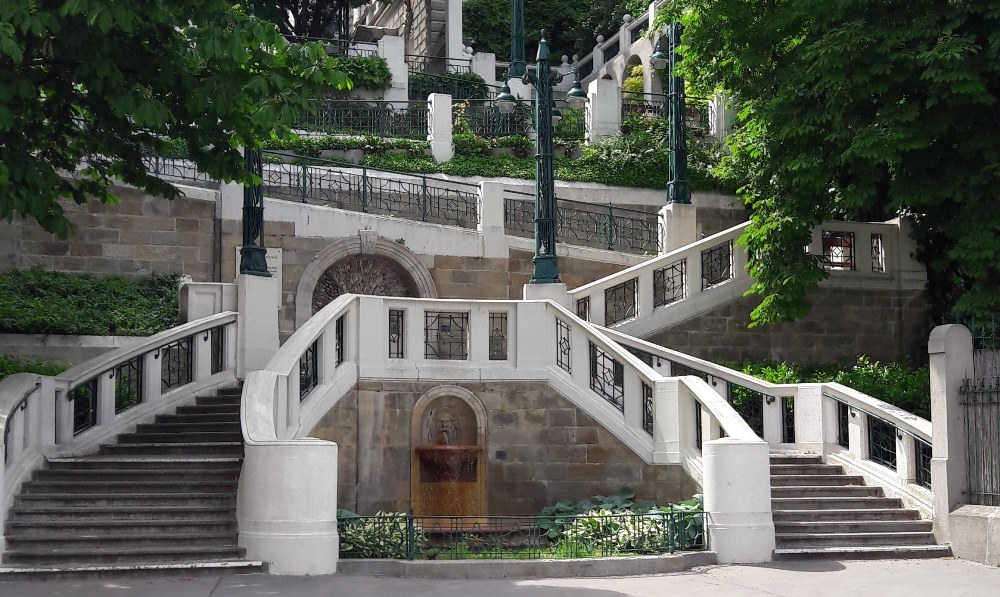 The Jugendstil architectural jewel in the 9th District 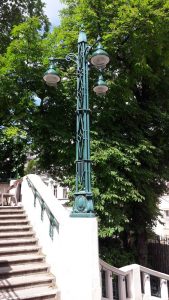 A Jugendstil building of “historic, architectural and literary” significance opened in Vienna’s 9th District in November of 1910. One of my many favorite places in Vienna, you can combine it with a visit to the nearby Sigmund Freud apartment (museum), and it’s also close to the Palais Liechtenstein. Enjoy the magic and radiance of this lesser-known, wonderful architectural jewel. I’m happy to be there quite often and at different times of the year or day and in different weather conditions, and I’m always surprised by the different impact of this historic landmark.

Starting in the 13th century, a river arm of the Danube, the so-called Salzgries Arm, sanded up in an area that is now along the Heiligenstädter Strasse – Liechtensteinstrasse stretch. At Salzgries the Danube arm flowed back into the Donaukanal (Danube Channel). Once this channel comprised very little water, people decided to fill it up around the year 1750. The water’s edge is still easily visible today as a descent between Nussdorfer Strasse and Währinger Strasse on the one hand and Liechtensteinstrasse on the other. Staircases such as the “Strudlhofstiege” were built to surmount this descent. 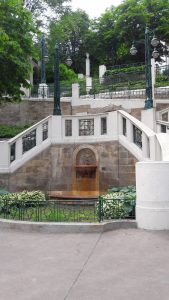 The Strudlhofgasse, a side street off the Währingerstrasse, was named after the painter and sculptor Peter Strudl, who built a painting school – “Strudlhof” – on a property located at the end of a descent. This was named a royal and imperial academy in 1705.

The city planning commission received the mandate to connect the steep slope between Strudlhofgasse and Liechtensteinstrasse. The staircase, made of limestone, was designed by Theodor Johann Jaeger. It was carefully renovated in 1962, 1984 and 2008–2009.

Three ramps and 58 steps surmount a descent of roughly 11 meters.

The mixture between stone and metal areas is striking, as are the lanterns with their several arms (candelabras) with their classic milky spherical lights; during the most recent renovation, however, modern adapted copies (suspended lamps) were manufactured. These were highly successful, yet personally I like the original glass bulbs better. The green color is reminiscent of other Jugendstil works by Otto Wagner in Vienna. It’s interesting that the original color was blue. The lower part of the staircase consists of two fountains on two different levels, as well as slightly curved, bilaterally constructed flights of stairs.

The staircase is also frequently used for open air events. 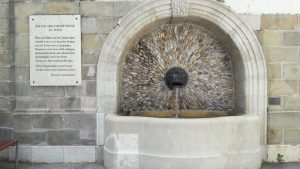 spring at the stairs

Getting there: Take the underground line U2 to the Schottentor station, then take the Hohenstaufengasse exit. Then take bus line 40A two stops to Bauernfeldplatz. Cross the street, walk past the Lycee Francais de Vienne – the French School in Vienna – heading away from downtown. To the left there is a nondescript side street – that’s “Strudlhofgasse.” Alternatively, you can also walk to Strudlhofgasse from the Vienna Stock Exchange (Börse) or Schottentor.