The history of Hotel Stefanie – part 7 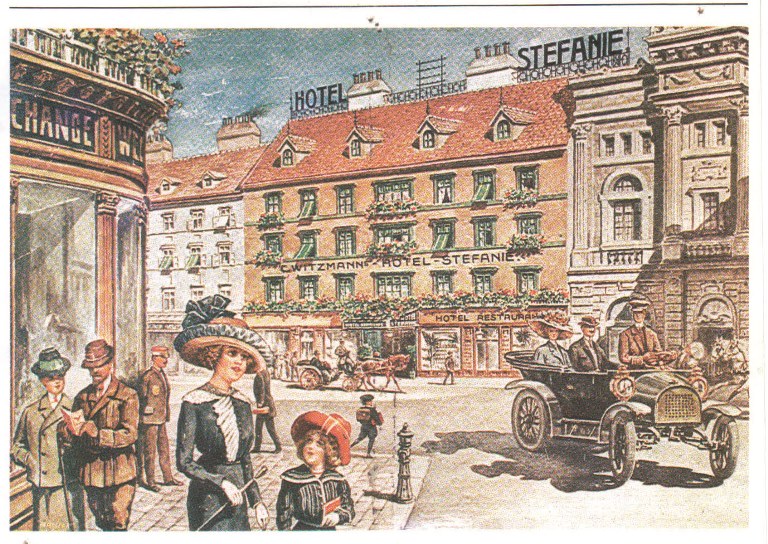 A new era commences. The building under the management of the Witzmann-Schick family.

In the last blog articles, you got to know a bit about Vienna’s oldest hotel, the Hotel Stefanie, its proprietors and their turbulent histories from 1600 through the end of the 19th century. It is now time to turn the “Weisse Rose” (White Rose) Hotel into the Hotel Stefanie. With this change, the family history of the current proprietor, the Schick family, also begins.

On June 26, 1888, Carl Witzmann, the great grandfather of today’s proprietor, took over the “Weisse Rose.” In search of a new name for the hotel, he decided to name it after the wife of the future successor to the throne. Crown Prince Rudolph had married Princess Stephanie of Belgium in 1881. Following the well-known tragedy in Mayerling in 1889, Carl Witzmann stuck with his decision and later also named his daughter, born in 1896, Stephanie.

Mathilde Witzmann: Grand Dame with a thirst for action

After the death of her husband in 1911, Mathilde Witzmann took over the management of the building and acquired the hotel license. 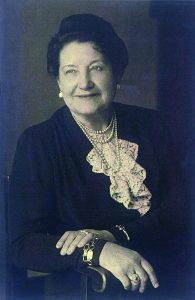 In blueprints, she is described as “hochwohlgeboren” (literally “high well-born”) – an honorary title reserved for special dignitaries. She managed the hotel, keeping it safe and sound through the First World War, and was involved in all hotel matters until the end, despite having transferred the management to her daughter Stefanie in 1926.

Stefanie was married to Dr. Karl Schick, a medical doctor who had no connection to the hotel business. Nevertheless, Stefanie Schick walked in the footsteps of her mother and acquired the hotel and restaurant license “with rights for… serving food… serving beer, wine and fruit wine… hosting permitted games with the exception of billiards… housing strangers…”

Stefanie Schick managed the hotel through destruction and war 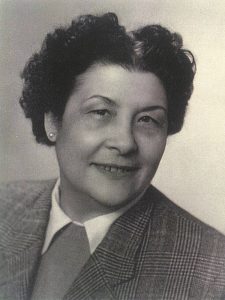 When during the Second World War heavy street battles were fought and a bomb even struck the building, Stefanie Schick had the hotel barricaded. The Russians took the 2nd District and gave Stefanie the choice: Either the hotel would be seized or opened as lodging for Russian officers. The Schick family would even receive one shilling per night for each Russian officer.

To accommodate as many soldiers as possible, Stefanie, together with her son, organized bunk beds and lockers out of barracks in which German soldiers had previously been accommodated. Ironically, the Russians ended up sleeping in beds inscribed “Property of the German Wehrmacht.”

The Russians did not make any major demands and kept their lodging clean themselves given the lack of hotel personnel. There was a contact person at a sort of “reception” and they employed a stoker to heat the many ovens from the hall to the rest of the building in winter.

The foundation stone for the Hotel Stefanie of today is laid

After ten years of occupation, once the last soldier left the Hotel Stefanie in 1955, Dr. Stefan Schick, together with his mother, sought to rebuild the family business. Over the course of the comprehensive renovation work, the front section of the building was built up on five stories. All new rooms were immediately equipped with their own baths and many rooms were joined together in the side tract: “Out of three rooms without a bath were made two rooms with a bathroom.”

Find out how Dr. Stefan Schick led the Hotel Stefanie into the present day and thereby laid the foundation stone for the Schick Hotels in the next blog article.

If you’d like to read the entire history of Vienna’s oldest hotel, a book dedicated to the subject is available for purchase at the reception of the Hotel Stefanie.