Explore Vienna by Subway (U6)

Vienna Sightseeing Along the U6 Subway Line

Not all public subway lines run right through the center of Vienna. One of the busiest lines, the U6, barely brushes past the city center, connecting important stations in the quickest way and avoiding the daily traffic jams on the streets along the “Gürtel” or beltway. Get on the U6 and discover the Vienna outside the city center. The highlights include: high towers, theatres, the largest flight of steps in the city and a mosque built by Richard Lugner. 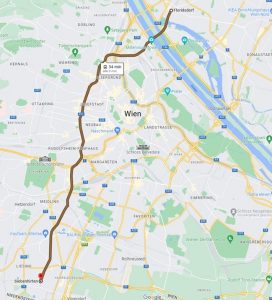 Line U6 in Vienna

U6 – The Brown Subway Line

The U6 is the oldest subway line in Vienna and runs from the north (Floridsdorf station) to the south (Siebenhirten station): 17.5 km in about 34 minutes. It used to be part of the former “Vienna Steam City Railway” and, with a few exceptions, it runs above ground and also stands out visually from the other subways: The carriages are narrower and the platforms are lower.

Here you have the choice between the Donau/Donauinsel on one side and the Alten Donau on the other. Both are local recreation areas of the Viennese and are well worth seeing. The perfect place for a nice walk and a break from all your sightseeing. The Islamic Center Vienna is also located here. It was built in 1977 by the well-known construction magnate Richard Lugner. There are guided tours through the mosque several times a week (make sure you dress appropriately!)

The Millennium Tower was the tallest building in Austria for a long time. On the lower floors you will find a shopping mall, cinema and restaurants. In addition, you can directly access the path where horses used to pull ships up the Danube.

This is where the U6 crosses the U4. Right outside, you will not be able to miss the waste incineration plant designed by Friedensreich Hundertwasser. (Described in the blog post with the U4)

This is one of a total of six U6 stations that are still preserved from the former steam city railway. Notice the unique architecture in the style of Otto Wagner. The other stations that were also part of the city railway are Währinger Straße, Alser Straße, Josefstädter Straße, Burggasse and Gumpendorfer Straße.
The Art Nouveau accents can not only be seen on bridges, viaducts and subway stations, but also in details such as the railings, gates, furniture and lighting fixtures. These subway stations are now under monument protection.

The Volksoper is the only stage in Vienna dedicated to the lively operetta genre. However, the music on offer also includes opera, musicals and ballet. After a visit to the theatre, why not finish off the evening like a true Viennese with a sausage from the hot dog stand located right under the arches of the subway.
Another insider tip: Just 10 minutes away by foot you will find the Strudelhofstiege, a famous Art Nouveau jewel in Vienna. 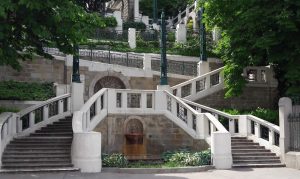 Among other places, night owls will find popular pubs and bars in the arches of the former steam city railway. During the day, we recommend a visit to the Yppenmarkt-Brunnenmarkt, one of many typical Viennese markets, just a few minutes’ walk away.

The largest stairway in the city is located directly above the Burggasse subway station. In the building itself you will find the main city library and a rooftop café.
This is also the stop for those who have booked tickets in the Wiener Stadthalle. 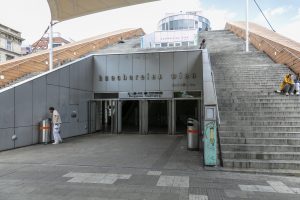 The Westbahnhof building is under monument protection and sits at the top of Vienna’s largest shopping street, Mariahilfer Strasse. From here, you can take the tram towards the popular Vienna Museum of Science and Technology, located on the outer Mariahilfer Strasse.

The best way to the Raimund Theater, where musicals have been successfully performed for years.

How do you get to the U6 subway line from the Schick Hotels?

From Hotel Capricorno you need about 15 minutes to the U6. From Hotel Stefanie and Hotel City Central you need just 5 minutes longer. From Hotel Am Parkring and Hotel Erzherzog Rainer, you should also plan about 20 minutes.