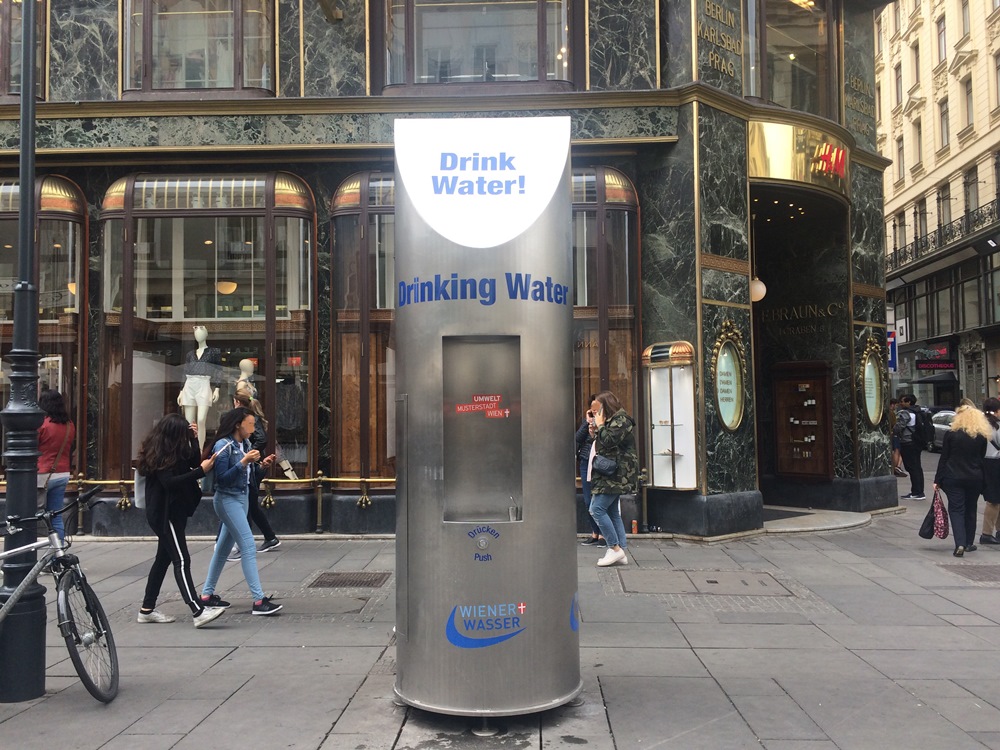 Anyone who goes on a city holiday in summer knows how important it is to drink enough. As a rule, you buy PET bottles so that you don’t carry too much weight around with you, and then fill the litterbins with them. In most large cities there is no alternative to that. In Vienna, it is different, here you can not only drink water from the tap, but there are drinking water wells spread everywhere across the city, where you can safely fill up water – preferably, of course, in a reusable water bottle.

Viennese water directly from the mountains

Since the year 1910, water for Vienna has come from the Hochschwab area, which has been declared a large-scale spring protection area, via mountain spring water pipelines. Therefore, the water does not need to be specially purified and Vienna has, among many other advantages, an excellent water quality to offer which is even especially praised in travel guides.  (More about Viennese water can be found in a previous blog article) 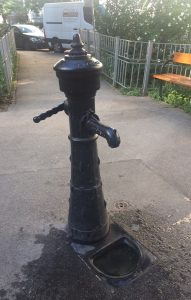 That’s why everything is in favour of a fountain sightseeing tour across the city including free refreshment at every location. 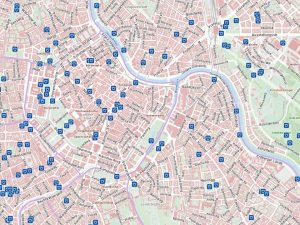 On the mobile city map offered by the City of Vienna, all drinking fountains can be found quickly and easily also en route.

Before your city tour, fill up your drinking bottle in one of the five Schick Hotels and use the 900 possibilities to replenish it, so you stay fit for all your planned activities in Vienna.

And because it simply belongs to it: The interactive city map of the city of Vienna also shows, among other things, all public toilet facilities that are in operation.

A short, very nice video of the City of Vienna about the “Summer Drink of the Year” can be found here.