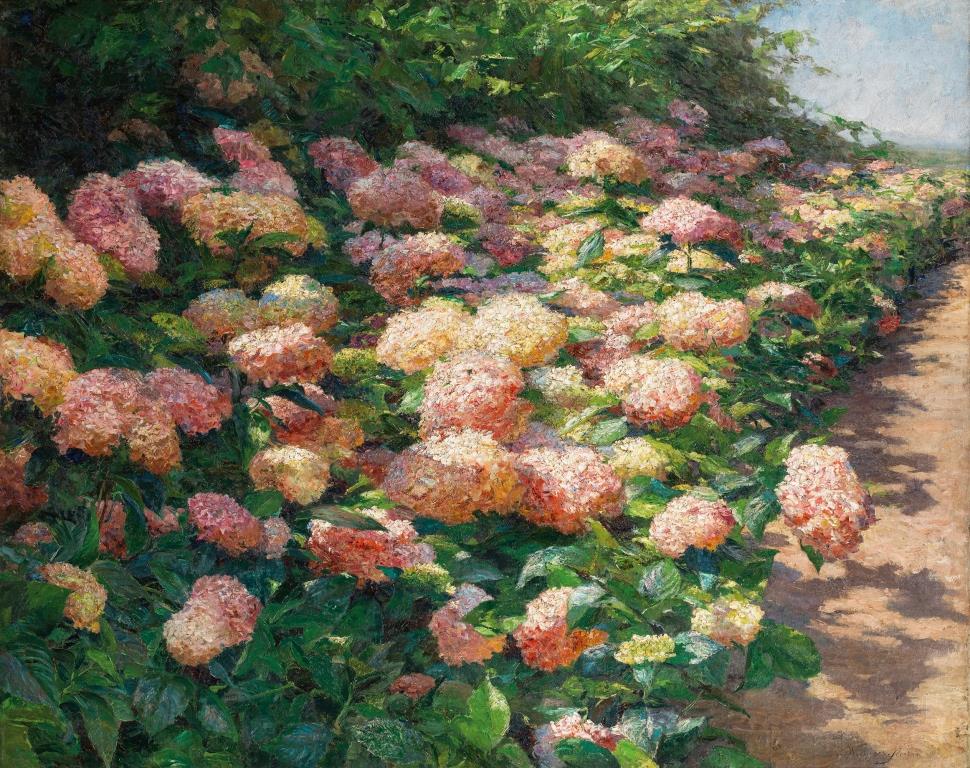 Art Pioneer in a Male-Dominated Profession

In addition to the many well-known male artists of the turn of the century and the beginning of the 20th century, numerous female artists also influenced the exhibition scene and the art scene of that era, a fact that is shown in the exhibition “City of Women”, which was on display until May 19th, 2019 in the Lower Belvedere in Vienna (for information, see our Blog). The Leopold Museum is highlighting one of these special female artists until October 21st, 2019 in a dedicated Exhibition: Olga Wisinger-Florian, who at the end of the 19th century was already a much respected and recognized painter who gained attention in the highest circles with her works. The exhibition focuses on landscapes and especially flowers as typically female motifs for the time, which she interpreted in completely new and dynamic ways. Real flower power so to speak. 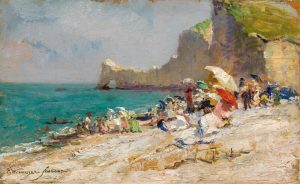 The Extraordinary Career of an Independent Woman

At the end of the 19th century, three women were able to more than hold their own in the male-dominated art scene: Tina Blau, Marie Egner and above all Olga Wisinger-Florian (1844-1926). The multi-talented Olga Florian, who came from a good middle-class home, first pursued a career as a pianist, which she had to quit in 1874 because of problems with her hand. After her marriage to the Viennese pharmacist Franz Wisinger, she turned to painting and, as usual in her circles, received private lessons. Although she was financially secure and did not really need to, she aspired to a career as a professional artist.

Starting in the 1880’s, Olga Wisinger-Florian succeeded in gaining recognition and renown as an independent painter. After only eight years of serious artistic work, she became one of the most highly paid contemporary landscape painters in Austria. She was able to maintain this market value, and even continually increase it, throughout her life. Today, her works draw the highest prices in the area of landscape painting of the 19th century.

The Flower as a Central Motif

Between 1890 and 1892, Olga Wisinger-Florian devoted herself intensively to the painting project “The Twelve Months”, oil paintings on wood depicting nature as the seasons change. The series marks a high point and a turning point at the end of her first style phase, which was characterized by poetic realism. The project was exhibited in Vienna, Munich and Berlin in 1893. 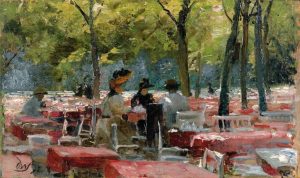 The focal point of her landscapes is always the flower, whose depiction she freed from the cliché of lovely paintings appropriate for women. Her flowers no longer stood for romance, but as a symbol of independent and innovative painting. She applied the paint unmixed, if necessary with a spatula instead of a brush. In order to increase the dynamics of her expressive style, starting in 1900 she used motifs such as fields, avenues and watercourses, as well as interiors with set tables to create the extreme depth typical of her late work.

As one of the first women in the traditionally male-dominated art world, Olga Wisinger-Florian struggled to the top despite many hurdles. Founded in 1867, the Künstlerhaus soon established itself as the central and long-standing single exhibition venue where artists could sell their paintings. Female artists were not granted membership. Although they were allowed to submit their works for exhibitions, under the chairmanship of Hans Makart (1880 – 1882) they were denied access to the opening ceremonies. From 1883 onwards however, Olga Wisinger-Florian attended each opening and used the events to show a presence, make contacts and present her art. She skillfully presented herself and her pictures. In her spacious apartment she set up a studio that she used to teach and present her paintings. She positioned herself and her art as an unmistakable “brand”.

Olga Wisinger-Florian’s list of customers and contacts reads like a “Who’s Who” of the high society at the time, ranging from Baron Rothschild and the Kwizda pharmacy family, to industrialists like Wilhelm Ritter von Guttmann and artist personalities like Felix Weingartner, all the way to the high nobility, especially Archduke Carl Ludwig, Prince Regent Luitpold of Bavaria and Archduchess Clotilde, Princess of Saxe-Coburg. They all appreciated and purchased her art. In 1886, the artist was personally introduced to Emperor Franz Joseph on the occasion of the Künstlerhaus exhibition. 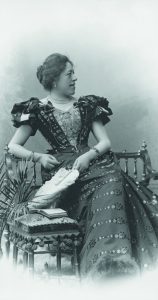 In Europe, in the last third of the 19th century, numerous women’s associations emerged, including in 1885 the Association of Women and Female Artists Vienna. Already in the founding year, Wisinger-Florian joined and subsequently served as president for 17 years. Wisinger-Florian was also involved in the peace movement of Baroness Bertha von Suttner and traveled as a delegate to the international peace conferences in Rome, Berne and Antwerp, as well as to Chicago, where the “World’s Columbian Exposition” (The Chicago World’s Fair) took place. For the first time in an international event, a women’s pavilion focused on the art of women, including works by Wisinger-Florian.

Together with Marie Egner and the portrait painter Marianne von Eschenburg, the gifted networker conceived of the group exhibitions of the “Eight Artists”, which took place annually between 1901 and 1912 in the Viennese Galerie Salon Pisko highlighting different artists each year. In addition, following the suggestion of Wisinger-Florian, the exhibition “Art of the Woman” was displayed in 1910 in the Vienna Secession by the newly founded Association of Female Artists of Austria.

In her lifetime, people were amazed by her “male energy”, wondering about a woman’s ability to “paint like that,” and praising her for her “truly artistic nature”. Detached from these gender-specific definitions and in a historical overview, today Olga Wisinger-Florian represents one of the internationally most important artistic personalities on the threshold of modernity. Olga Wisinger-Florian is one of the first successful female artists to represent the art history of women from the mid-19th century.

My Conclusion: The Leopold Museum has skillfully devoted itself to an artist who, despite her fame during her lifetime, is far less known today than her male contemporaries. Around 120 pieces, including paintings, photos, sculptures and more, provide an insight into the life of a fascinating artist in a time when no thought was wasted on equal rights. Aside from the exceptional social personality, the artistic development from traditional mood-impressionism to modern color expressionism is impressive in its own right and must be regarded as an inspiration for subsequent artists. Worth seeing! 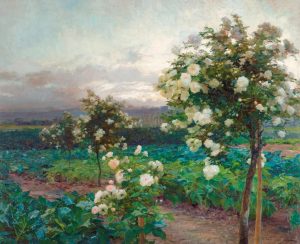 until October 21st, 2019
at the
Leopold Museum
Museumsquartier
Museumsplatz 1
1070 Vienna

Data and imgae source: Copyright © Leopold Museum, https://www.leopoldmuseum.org/en
With thanks for the perfect support.