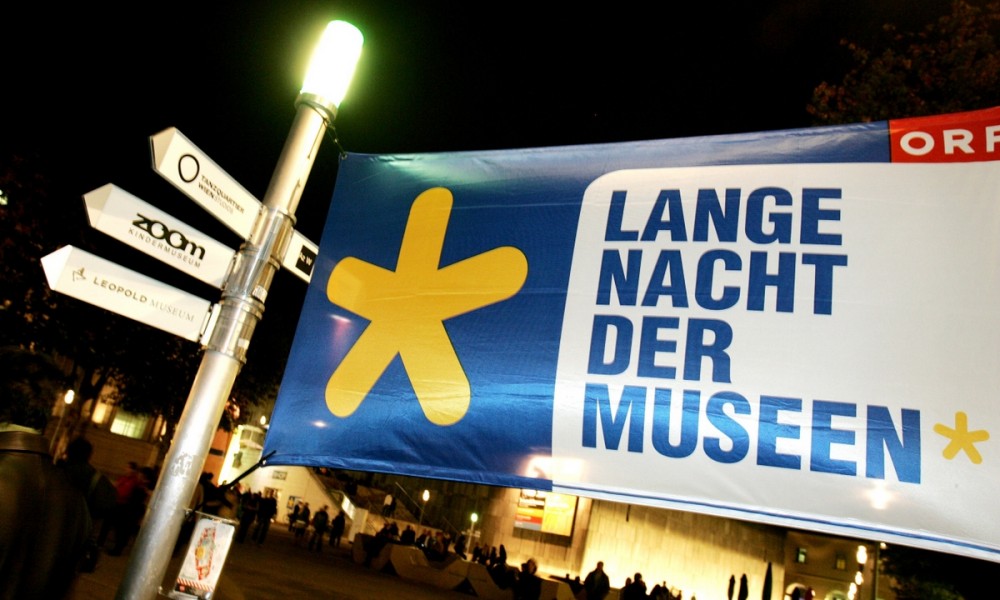 Culture with lots of fun – for young visitors too

On Saturday, 1 October 2011, the big day – or rather night – was here once again: For the twelfth time, the “Lange Nacht der Museen,” initiated by the Austrian Broadcasting Corporation, took place all throughout Austria. In Vienna alone, over 100 different museums, galleries and other exhibition locations opened their doors from 6:00 PM to 1:00 AM and invited people to “sniff out” all sorts of cultural offerings with a single ticket for just € 13.

Children under 12 years of age could participate in special children’s programs at 51 locations in Vienna at no charge. That’s how it proceeded this year as well and I already bought a ticket from one of the participating museums in mid-September. The booklet, which I diligently perused, showed me the direction this year’s event would take. Since the last two years made the obligatory children’s highlights – the Museum of Natural History and ZOOM Children’s Museum, as well as the Butterfly House, the Haus der Musik, the Neue Burg and MUMOK – uncertain, this year was again to provide something new. 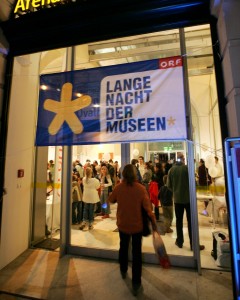 The selection was made quickly – we started in the MAK just after 6:00 PM, where we set off on a “dragon puzzle hunt” through all the rooms of the museum. The focus of the exhibition “Go East – China zu Gast im MAK” (“Go East – China’s Guest Appearance at the MAK”) provided entirely new insights into the Middle Kingdom. Chinese artists rounded out the exhibition program, and a change of pace was always provided. After the successful dragon hunt (for which there was a small reward), the plan was for visitors to have their names printed in Chinese characters – yet due to the immense onrush we unfortunately weren’t able to do this. Instead, the children could make Chinese silk dragons, which was at least as much fun.

The evening proceeded in the Museum of Art History, where a children’s tour titled “Drachenschuppen – Monsterkrallen” (“Dragon’s Scales – Monster’s Claws”) was on the program – we more or less remained true to the motto. The 50-minute tour was – despite the many visitors to the Museum of Art History – highly diverse and appropriate to children. It ranged from the mummies in ancient Egypt to St. George the Dragon Slayer, all the way to Medusa, who triggered some fear in the younger children. After a small snack in the café under the dome, accompanied by live jazz music, the evening proceeded.

The conclusion of our museum evening was to be the papyrus museum in the Neue Burg – which turned out to be another highlight. Not only the comprehensive collection of papyri was impressive: The terrific idea of having children write their names on papyrus in hieroglyphics also came across very well with many young visitors – they were even able to take the papyri home with them!

To top things off: a gift for the young museum visitors

In every museum with a children’s program, special stamps could be collected, for which there was another little surprise in the children’s tent at the “Museum Rendezvous” at the end.

The “Lange Nacht der Museen” is a terrific event for young and old alike and recommendable in any case. A suitable program can be found for every taste and every area of interest, and the evening walks through Vienna are a further highlight for us – Vienna at night and in front of a backdrop of the many open museums and bustling streets and squares was truly an experience. We’ll definitely be there next year too!