Vienna Is a Stage – It Even Has a Theater Museum 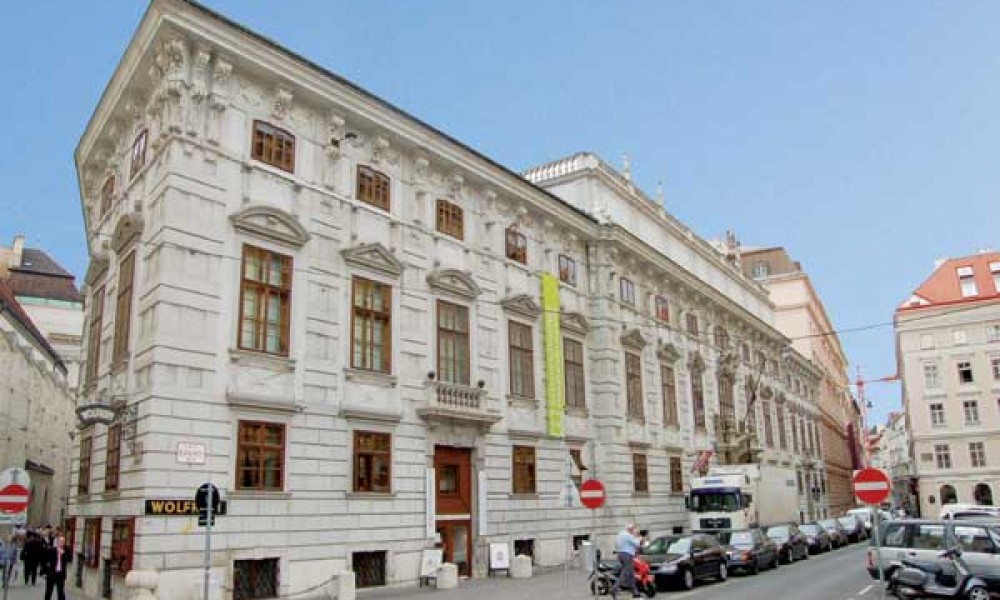 If there’s a museum in Vienna that receives too little attention, it’s the Theatermuseum at Lobkowitzplatz. Yet this is unjustified, I promise!

Palais Lobkowitz—also called Palais Dietrichstein-Lobkowitz—was built by Giovanni Tencalla and Johann Bernhard Fischer von Erlach between 1690 and 1694. It is considered among the most important Baroque city palaces after the second Turkish siege of 1683 and its appearance brilliantly represents the transition between the early and high Baroque.

The building’s constructional showpiece is located, as can be expected, in the bel Ètage. On the ceiling is a wonderful 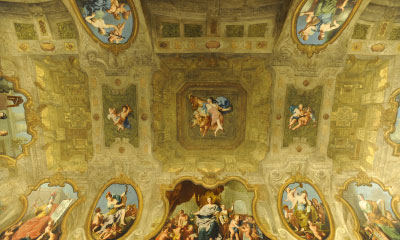 fresco that shows the allegories of the arts. The parquet floor, with its magnificent intarsias, is also remarkable. Beethoven’s Third and Fourth Symphonies are said to have been performed in this room.

Currently, costumes from the comprehensive collection are on display. If you stroll through the exhibition space, you’ll simultaneously move through time. Operas through the ages—in terms of both equipment and presentation—are shown. And not only is there a room dedicated to Wagnerian staging, there are also many small details that are generally unknown or should at least be surprising. For instance, I found a costume from Karl Lagerfeld for the piece Der Schwierige (Hoffmannsthal) from the year 1991, as well as a costume by designer Vivienne Westwood for the Three-Penny Opera by Brecht from the ‘90s. Or take another example: Fritz Wotruba was active as a costume and stage designer for the Burgtheater in the 1960s, and much more…

Yet see for yourself…

(The link to the official page, as well as opening hours and entrance fees, can be found here.)

The copyright of the used pictures are as following:

– Titlepicture: taken from this site, Copyright by the web-page provider

– Fresco from the Eroica-Hall: by Andreas Rausch (link)