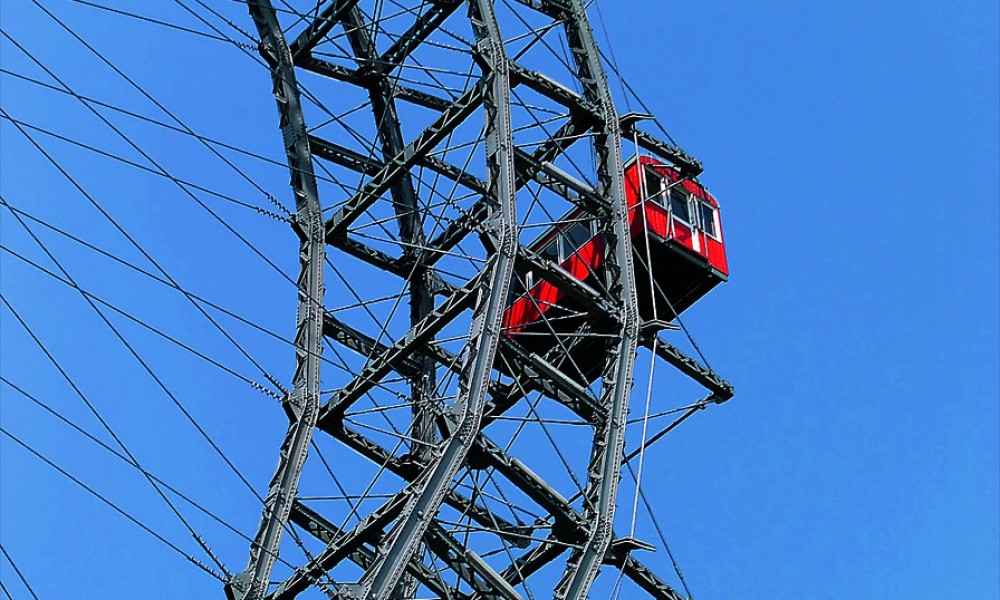 Did you know that Vienna’s “Riesenrad” (giant Ferris wheel) was designed by a Viennese Jew? Next to St. Stephan’s Cathedral, the Riesenrad is Vienna’s best-known landmark.

The Riesenrad was built in 1897 at the request of Gabor Steiner. In the 19th century, traveling throughout the world was considered a privilege. Herr Steiner was confronted by giant Ferris wheels in Paris and London, and that was precisely his impetus to realize such a project in Vienna. Already by 1776, thePraterhad developed into a place of recreation, where major sporting as well as festive events took place. At the same time, an amusement park and all sorts of sensations arose in the so-called “Wurstelprater” (“sausage Prater”).

As a Jew, Gabor Steiner was forced to leave Vienna in 1938. He emigrated to the United States and died in Beverly Hills in 1944. During the Second World War, his Riesenrad was destroyed, yet it was once again put into operation in 1950. Gabor-Stein-Gasse, which leads from Praterstern to the “Wurstelprater,” commemorates him.

Life-sized reproductions of Venetian buildings, accessible on foot, were made on the large area of around 50,000 m².

Look and see the variety and beauty for yourself! I wish you lots of fun, entertainment and amusement at the Prater.