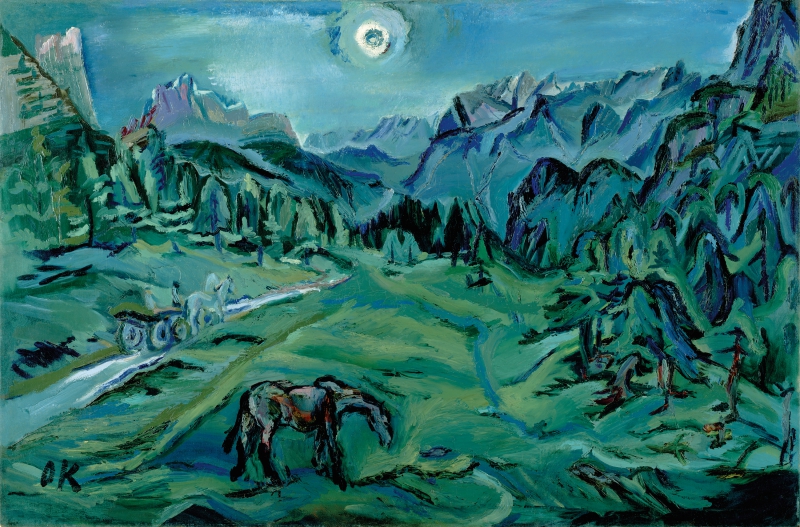 From “Wild One” to a Respected Pioneer in the Modern Era 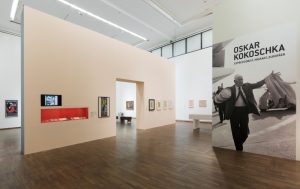 In collaboration with the Kunsthaus Zürich and in exchange with the Fondation Oskar Kokoschka in Vevey and the Oskar Kokoschka Center in Vienna, the Leopold Museum is exhibiting around 260 pieces of the once proclaimed “Wild One” Oskar Kokoschka from every period and city (e.g. Vienna, Dresden, Prague, London), making it one of the most comprehensive exhibitions of the pioneer’s work. Not only is his artistic versatility displayed, but his biography is also presented through countless photos and documents that give insight into a life that paralleled the history of the 20th century. The radical innovator is still regarded as a multi-talent, known as a painter, illustrator, graphic designer, author, set designer and playwright. To this day he is still considered a humanist and committed European, even though his attitude towards Austria changed with the times. In contrast, his commitment to representational and figurative art was constant throughout his entire life. This had a lasting impact on later generations of artists. 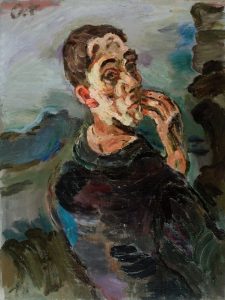 Oskar Kokoschka is one of the most important artists of the 20th century. As a co-founder of Austrian Expressionism, which gained favor as an objective expressionist art over the Art Nouveau that dominated in Vienna around the 1900’s, he is a leading artist of this movement along with the pioneer of expressionism Richard Gerstl and Egon Schiele.

The Kokoschka retrospective in the Leopold Museum is arranged chronologically. The exhibit places emphasis on the locations of Kokoschka’s work: Vienna, Berlin, Dresden, the numerous stages of his travel years, Prague, his exile city of London and finally Villeneuve on Lake Geneva, where the artist spent the last three decades of his life from 1953 onwards.

“Kokoschka’s biography parallels the history of the twentieth century: from his socialization in the Austro-Hungarian monarchy, to the two world wars, to the economic miracle and the gradual forming of the European community. The exhibition paints a clear picture of how Kokoschka, a keen contemporary whose tumultuous life took him to various European locations, participated in the political events of the 20th century and became a champion of a peaceful, anti-nationalist Europe. Kokoschka’s humanistic attitude, which he expressed in an unmistakable language of figuration, explains his continued relevance. (Quote – Heike Eipeldauer, Curator of the Exhibition).

The exhibition begins with the early successes of Kokoschka in the context of the “Kunstschau” art exhibition in 1908. Kokoschka’s talent was promoted early on by far-sighted personalities such as his art school professor Franz Cižek, Gustav Klimt and Adolf Loos. This is followed by an insight into the works of Kokoschka that were regarded as scandalous and justified his reputation as the “Wild One”. With exceptional early expressionist portraits that look behind the decorative facade of the bourgeois social order, his work is shown as a merciless portraitist of the art and intellectual world of his time. A separate room is dedicated to his passionate relationship with composer Alma Mahler. The exhibition also portrays the change in Kokoschka’s image of women. 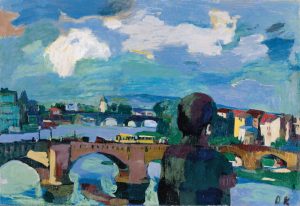 During the escalating global political situation of the 1930’s Kokoschka’s art served as a political message which he always used to fight for peace, freedom and human rights. Defamed as a “degenerate artist” and as a reference figure for the Austrian identity structure, Kokoschka’s relationship with his former homeland remained ambivalent before and after World War II.

The last section of the exhibition focuses on the post-war period and the rapprochement with Austria, which eventually led to Kokoschka being awarded Austrian citizenship again in 1974 on the initiative of Federal Chancellor Bruno Kreisky. Even later, in a Europe devastated by two world wars, where figurative art had fallen into disrepute, Kokoschka boldly campaigned for the recognition of figurative painting and thus became a role model for subsequent generations of artists.

My Conclusion: A long overdue exhibition on this “revolutionary” of Viennese Modernism! The exhibition is interesting not only artistically but also biographically, presenting the works and adverse life of Oskar Kokoschka, who never let world events distract him from his goals, but always saw new opportunities in change. Anyone who appreciates expressionism will not want to miss this exhibit. Whether you are interested in Kokoschka’s art or his life, this exhibit is definitely worth seeing!

Data and image sources: © Leopold Museum, https://www.leopoldmuseum.org/en
Thank you for the kind support.