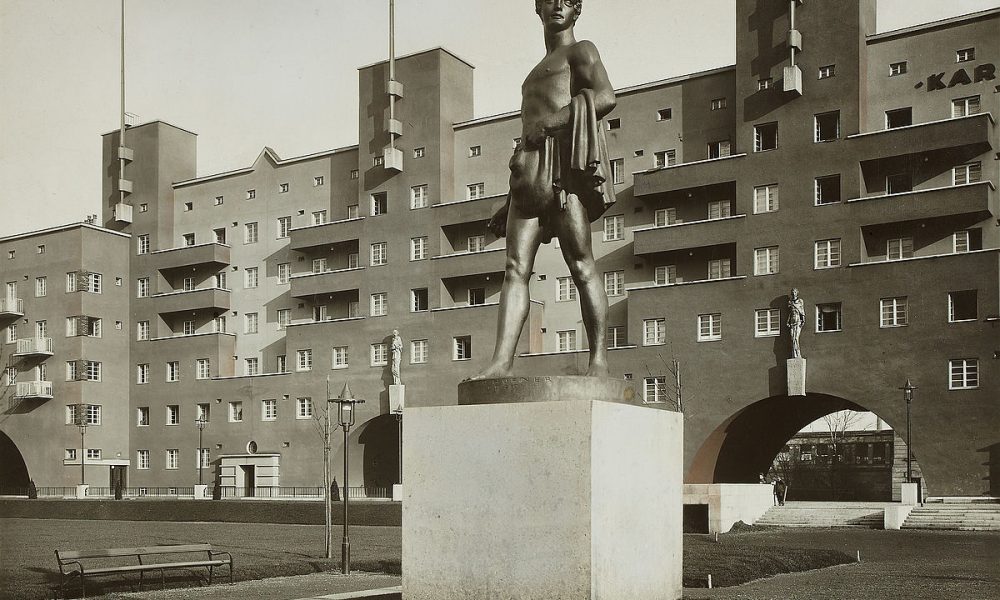 100 years ago, in May 1919, the first free elections for the Vienna City Council were held and the Social Democratic Labor Party emerged with an absolute majority. Thus, the “Reds” were in charge in Vienna and had the possibility to implement many of their reform ideas from before the First World War, helping to improve the living conditions of the working class. By the time Engelbert Dollfuss seized power and introduced the corporate state, innumerable social projects had been realized that were highly regarded internationally as they were considered very innovative and visionary at the time. The exhibition “Red Vienna” in MUSA sheds light on the prerequisites for the emergence of these constellations, the revolutionary reforms, the long-term effects on the city’s structure and architecture, and on many social services that we all take for granted today, as well as the political conditions during and after this epoch. A Formative Piece of Vienna’s City History!

After the First World War, the people of Vienna faced extremely poor living conditions, leading other countries to refer to Vienna as “the continent’s crisis city”. Hunger and homelessness characterized everyday life. The first major challenge of the new city government was the housing issue. On the basis of a revolutionary fiscal policy (“luxury taxes”), more than 60,000 flats were constructed by 1934, thus also creating construction jobs. The “Wiener Gemeindebau”, or public housing, had been invented. Multi-story residential buildings with their own leisure, cultural and educational facilities, with attached kindergartens and shops, laundry rooms and much more were built. The monumental style of some of these housing complexes, such as Karl-Marx-Hof, is still controversial to this day. For the first time, art objects were installed in residential complexes. The idea being that people should not have to go to the art, but that the art should come to them, a novelty that was intended to animate and accelerate the interest of art and the educational level of the working class.

However, the question of where to live was only the beginning.

This question was intensively debated in Red Vienna. It concerned every area of daily life: the role model for women and men, the support and education of children and youth, the organization of free time, the approach to health care and death, the tasks of art and culture. With creative ideas, numerous prominent intellectuals in Vienna could be convinced to support the red reform package. Sigmund Freud, Hans Kelsen and Robert Musil called in 1927 for the election of the Social Democratic Party. Anna Freud was involved in the further education of kindergarten teachers.

Counseling centers were set up, printed guides were published, the still young social research was promoted. Otto Neurath developed his method of image statistics in order to make social “facts and relationships” understandable for the broad public. During these years science and culture experienced a boom that the economy and everyday life often struggled to keep up with.

The “Vienna School Reform” under Otto Glöckel relied on the active cooperation of the children instead of the usual “drill school”. This model was adopted internationally and is still considered to be trend-setting today. The physical health of children and youth was the focus of the public health care institutions, with prevention rather than cure already being playfully demonstrated to young children in kindergartens in the form of dental exercises, daily hygiene and regular meals. 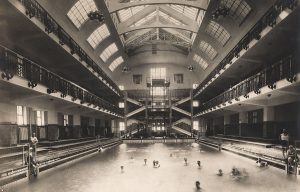 Public pools, gymnastics clubs and public sporting events such as the Workers’ Olympics in 1931, as well as cultural events and concerts, which were also made accessible to the working class, were all aimed at creating the “new man”, who is enlightened and class conscious. However, Red Vienna had little direct influence on the working world. Social achievements such as the eight-hour work day and the workers’ rights of co-determination must be credited to the young Republic.

The economic crisis after 1929 considerably reduced the scope of action of the Social Democrats. In addition they experienced increasing pressure from the bourgeois federal government and the growing threat of fascism. The last years of Red Vienna showed an ambivalence between symbolic strength and actual loss of power. 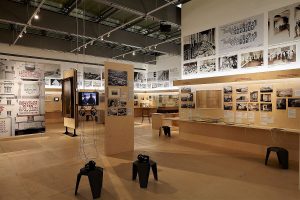 My Conclusion: A piece of Vienna’s city history, underlined by large-scale pictures of social housing and the social achievements of the era. The individual projects such as “housing”, “education”, “health” etc. are clearly arranged and labeled, photos and film material, partly on large screens, transport the visitor back in time. It is impressive to see how many of the social services that we take for granted today were hard fought and realized at that time and just how innovative and forward-looking the people were. Worth seeing!

In addition: The exhibition goes beyond the MUSA and incorporates the rich architectural heritage of Red Vienna. More than ten locations can be visited in addition to the exhibition as part of special openings and guided tours. Admission free, space subject to availability.

Details (available in German only) under: www.wienmuseum.at/de/veranstaltungen 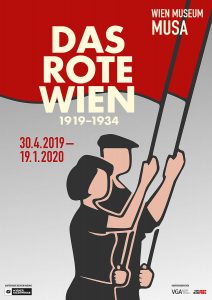 Data and image source: Copyright © Wien Museum/MUSA https://www.wienmuseum.at/en.html
With many thanks for the kind support.