Late Autumn in the Prater 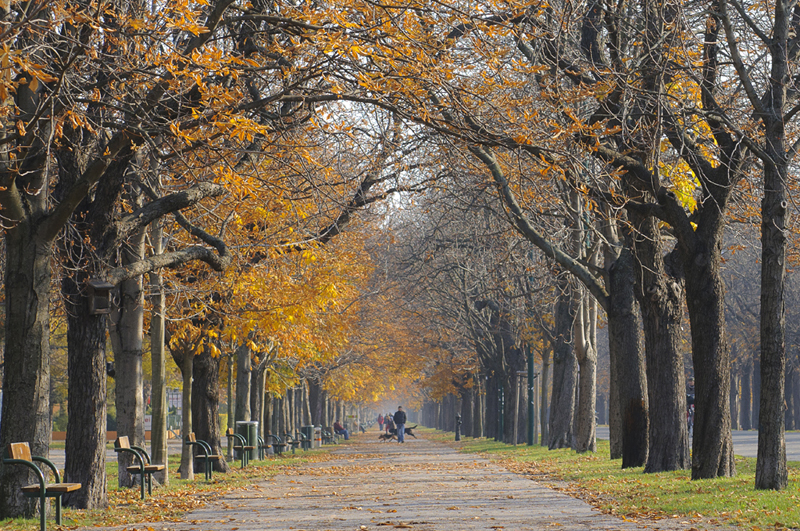 Late Autumn in the Prater

The Vienna Prater is just 10 minutes’ walking distance from our Hotel Stefanie, Hotel City Central and Hotel Capricorno. Famous for its “Riesenrad” giant Ferris wheel and its amusement park, it offers first and foremost recuperation from everyday stress in its much larger part, the so-called green Prater, in central Vienna.

Mid-November, 10 degrees centigrade outside temperature and… the sun is shining! Such days are rare enough at this time of year, which is normally affected by a drab gray, mist and clammy weather. For me, this means packing the camera bag, haltering the tripod and getting out to capture some nice shots. I knew I’d be making my way to the Prater. I couldn’t let a maximum of two hours of good light pass me by due to long travel times.

I knew I wouldn’t be alone. The green Prater is a giant green oasis in central Vienna, easily reachable via public transportation with the U1, U2 and Schnellbahn, all of which stop at the brilliantly renovated Nordbahnhof Praterstern station. For me, it’s just a short and pleasant walk, despite the heavy camera bag and tripod. The Hauptallee is the artery of the Prater. Jogging, bicycling, Nordic walking, skating, many families with and without children, with and without a dog, individual walkers… a paradise for anyone wishing to take advantage of the magnificent autumn weather.

It was also a paradise for photographers. With a bit of patience, there really are moments in which I’m able to capture the Allee without a single person entering the scene. And just 50 meters beyond the Prater Hauptallee I sometimes anyway think I’m entirely by myself in the forest, far, far away from the big city.

Join me and take a look at this beautiful natural landscape in the heart of Vienna.

Here  are the photos.