The Body As Protest 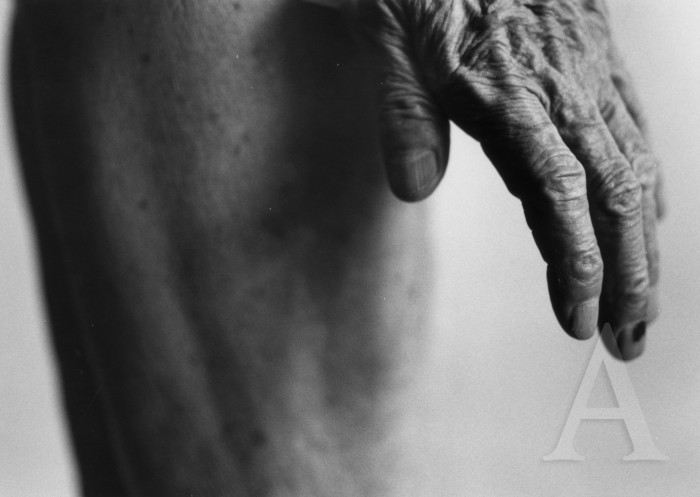 New exhibition in the Albertina

There’s currently something for every lover of photography as art in Vienna. In the new exhibition “Body as Protest,” which is running until December 2, the Albertina is presenting eight artists on the theme of the human body in hotography.

The focal point is the images by the artist John Coplans from the Albertina’s stock. John Coplans only turned to photography at the age of 64. In his large-scale photographs, he creates, with the greatest precision of lighting and uncanny harpness on the one hand and unconventional segmentation on the other, a highly unusual image for the viewer. His works, in which he demonstrates his own body and its age-based decline, clearly turn against the idealization of our bodies à la Photoshop.

As impressive as his photos are, I like the pictures by Miyako Ishiuchi, a Japanese artist, better. In her photographs of the 87-year-old dancer Kazuno Öno, the attention is likewise placed on the transitoriness of our bodies, yet in a considerably more sensitive manner than is practiced by John Coplans.

For me, the most impressive photo, however – and one also positioned as such by the exhibitor – is from Ketty La Rocca, who died of a brain tumor at the age of only 38. In an x-ray image of her cranium, she mounted a photo of her fist in place of the tumor.

Altogether, eight artists with works between 1967 and 2000 can be seen in this exceptionally worthwhile exhibition. Moreover, if you make it to the Albertina before October 7, you can also still admire the photos by John Sternfeld one floor up. For details, see my blog entry from July, 19, 2012.