Let’s go – A new Era for the Wien Museum 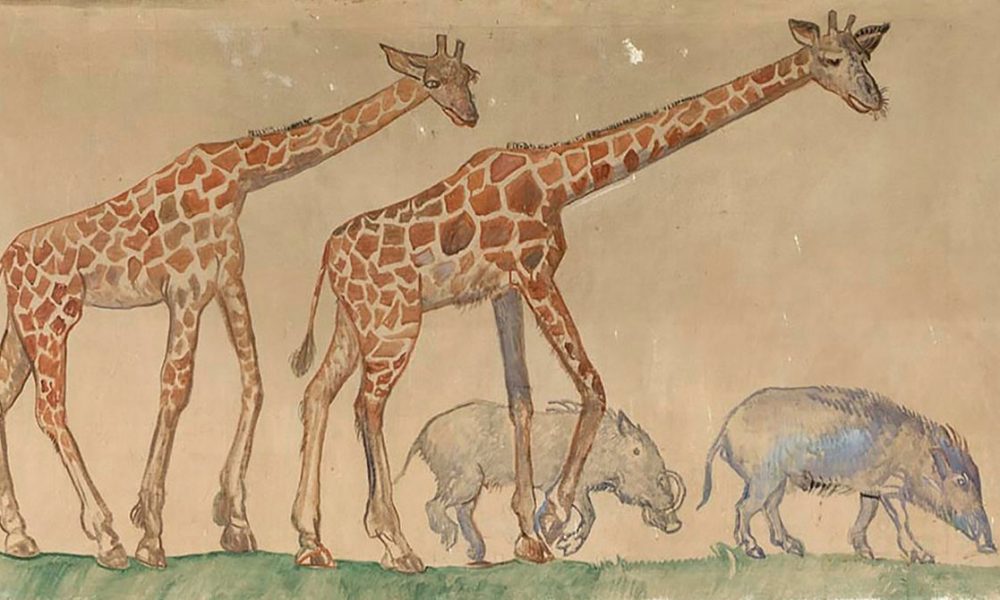 Retrospectives, insights and views to the future

In one month’s time, the Wien Museum Karlsplatz will close its doors in order to commence large-scale renovation works and an extension to the building. The transformation of the Wien  Museum into an attractive and pioneering city museum and meeting place should take a few years. Insights into the museum’s diverse program and its former activities will be provided by the “Gemma, Gemma” (“Let’s go”) exhibition until 3 February 2019, a homage to the history of “Noah’s Ark”. The exposition will also provide a look ahead to the future, which is even more interesting. It is certainly something to get excited about. 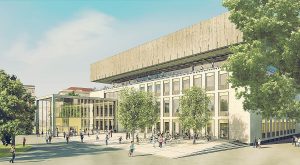 To cut to the chase, the “New” Wien Museum is expected to become a museum worthy of the metropolis of Vienna, a prestigious location for high-quality collections and exhibitions, a place to rendezvous, an upgrade to Karlsplatz as regards town planning in the form of an urban meeting point, and a livable public space for everybody where the pulse of the city can be felt. The first room of the exhibition offers a look into the planned future of the building in the form of artists’ impressions, models and a video put together by Stefanie Hilgarth. At the same time, you can take a look back at the history of the building – numerous posters from previous exhibitions demonstrate the museum’s broad range.

In the second room of the exhibition, excerpts from Oskar Laske’s wall frieze entitled “Noah’s Ark“ are being displayed in allusion to the “New” Wien Museum. The frieze was crafted by Laske in 1918 for the war orphanage in Rodaun. It depicts the animals as they enter the ark in pairs as well as their departure from the same after the abatement of the flood sent by God. The frieze originally stretched more than 80 meters across four rooms in the Rodaun Children’s Home. It was taken down from there in 1943 due to renovation works and was donated to ‘The Historical Museum of the City of Vienna’ along with Laske’s original plans showing how to display the artwork.

After 75 years, a larger selection of these animal paintings is to be shown. Some of them have already been restored in previous years and preserved for posterity as a result, while others are being cleaned and stabilized at the moment ‘live’ in the exhibition as an illustrative restoration. 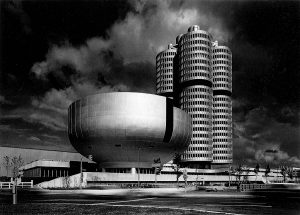 The Wien Museum took over the Karl Schwanzer archive in May 2018, one of the most important and valuable architectural legacies of the 20th Century in Austria. Thousands of drawings, plans, photographs, films, books, models and pieces of furniture offer an insight into the architecture and contemporary events of the post-war period. The Wien Museum will catalogue the archive across the next few years and make it accessible to the public.

Sigrid Neubert, one of Germany’s most important architectural photographers, has documented several of Schwanzer’s buildings. Three of his major works were selected for the third room as part of “Gemma, Gemma”: his own apartment in Vienna, the BMW building in Munich and the Austrian embassy in Brasília. At the same time, they give a preview of the large Karl Schwanzer exhibition which will be on display at the new Wien Museum.

Founded in 1987, the Association of Friends of the Wien Museum supports the museum in keeping Vienna’s history alive and preserving the city’s rich cultural inheritance for future generations. The support provided by the Association of Friends plays a central role in the museum’s core task of collecting. This is because the universal museum’s aspiration of acquiring testimonies to history remains unchanged even where procurement budgets are shrinking. A selection of purchases made by the Association or which were made possible thanks to its financial contributions is on display in the fourth room. The great diversity in the Wien Museum’s collections is reflected in these acquisitions: from paintings and valuable copper engravings to press photographs, watches and fashion items.

Part 5: A history of the Republic in ten objects

In the fifth room of the exhibition, tribute is paid to the anniversary of “100 years of the First Austrian Republic 1918 – 2018”. The exposition is divided into decades, and a characteristic object for each from the Wien Museum’s collection is on display, including, among others, Bruno Kreisky’s tennis racket and Conchita Wurst’s Life Ball dress from 2014.

My conclusion: It is an exhibition that gets you in the mood for the “New” Wien Museum and which is really worth seeing! I would like to take the opportunity to say that while I will miss the Vienna Museum very much during the renovation works being carried out on it, I wish to pass on my best wishes for a complication-free refurbishment and an excellent “New” Vienna Museum!

Entrance:
Adults: € 1.00 / reductions € 7.00
Children and young persons under 19 years – free entrance.
Entrance is free for all visitors every first Sunday of the month.