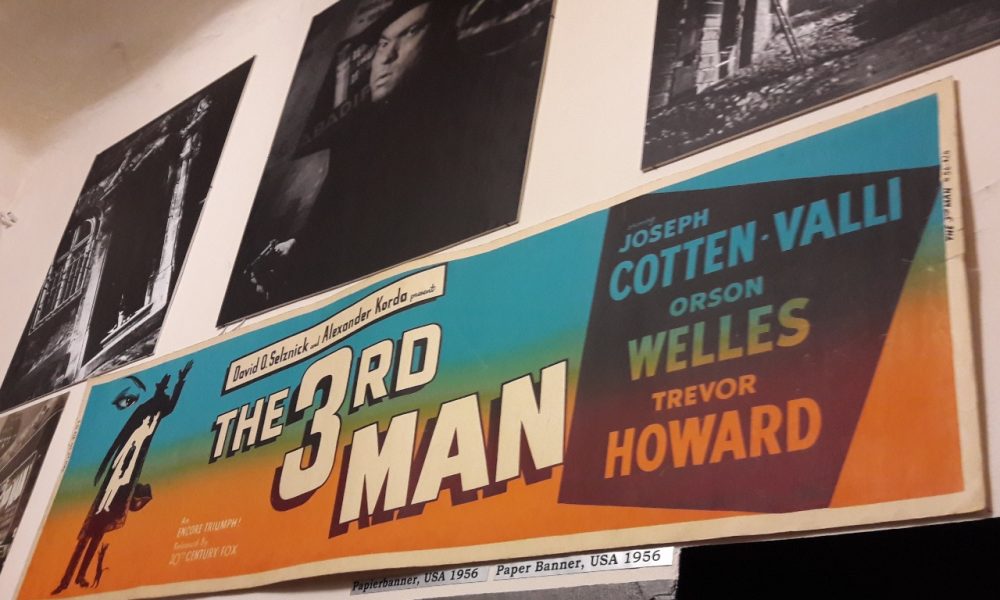 Who, and above all where, is Harry Lime?

Numerous films tell about Vienna and its agents and present the city from its suspenseful, exciting and mysterious side. Especially the Iron Curtain period contributed greatly to Vienna’s reputation as a “city of spies and agents”.

The Third Man Movie – A Summary

Vienna 1948: The four Allied powers have occupied the city. Harry Lime (Orson Welles), an American criminal, is hiding in the Soviet zone but still doing his dirty business in the 1st district (downtown), which is controlled by all four Allied powers. The British military police are already hot on Harry Lime’s heels. They enlist the help of the somewhat naive former school friend Holly Martins (Joseph Cotton). 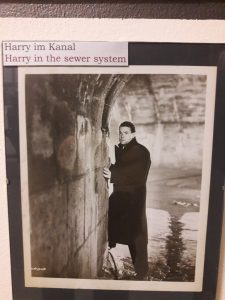 However, when Martins arrives in Vienna, he learns that Harry Lime has apparently died in an obscure traffic accident. As Martins questions Limes contacts for details, he becomes more and more entangled in the web of contradictions and lies and his growing suspicion drives him to search for the truth on his own.

A small tip: If possible, the film is best enjoyed in the original English language, as the German version does not reflect the misunderstandings between English and the original “Viennese slang”.

World-Famous and Local Stars in the Third Man Movie

Creation of the Film 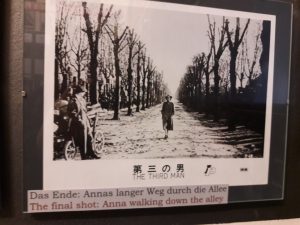 In 1947, Alex Korda, the actual organizer of the film, met Graham Greene, the author, as he was filming his novel “Little Heart in Need”. Korda spontaneously suggested that Greene write a script that takes place in present-day Vienna. Greene was concerned that he had never been to Vienna. So Korda invited Greene to visit him Vienna. Korda’s idea was spontaneous, but he had always wanted to produce a film about Vienna, the city where his own film career had begun. In 1948, Korda drove to Vienna with Carol Reed, the director and Graham Greene, the screenwriter, to pick out the filming locations and complete the screenplay. Vienna was occupied by the four Allied powers. Everything for the production had to be organized via the British military. Everything was rationed, especially fuel and food. Korda even had to trade on the black market to organize food for the film crew.

Five camera teams were hired to film around the clock. Once, while they were filming in the sewer, Korda organized food for the film team down in the canal system complete with tables and waiters. The canal is odorless in that spot and is as big as a London subway station.

Orson Welles was only available on the set for 2 weeks. Immediately after arriving in Vienna, he was taken to the Prater to film his first scenes.

The Challenges Alex Korda Had to Overcome

After shooting a scene, Trevor Howard went to a bar still wearing his costume, where he met a real British major who accused him of impersonating an officer. Trevor punched the major in the face and was locked up. To continue filming, Korda had to get Trevor Howard out of jail and at the same time keep the British happy so he could continue shooting the film. He apologized to the injured British General and offered to punch Trevor in the face personally, if the Major so wished.

One Sunday at 3:00 a.m., an angry Joseph Cotten called Korda to tell him that four Russian border guards had thrown him and his wife along with their luggage off the train. Through incredible diplomatic prowess, Korda was just able to prevent an escalation and the Cottens returned to Vienna unscathed.

Carol, the director, asked the sound engineers to record as much background noise as possible. In a small wine tavern they were visiting, they discovered Anton Karas, plucking away at his zither. Karas was immediately signed. 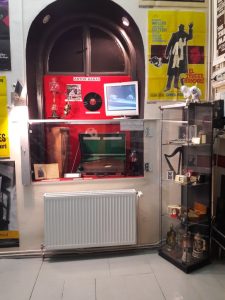 Original zither of Anton Karas in the 3rd man museum

Who does not immediately recognize the catchy theme song from The Third Man? At the time it was celebrated internationally as a great success and has remained a “golden oldie” to this day.
The striking melody became a world-wide success, turning Karas into an acclaimed musician overnight. A few weeks after the release of the film, 100,000 records had already been sold and in English many referred to The Third Man as “The Zither Film”. In the USA, it was the first time an Austrian music title had led the music charts. Karas went on a world tour throughout Europe, Japan and the USA. In Tokyo, there is even a subway station where the melody of the Harry Lime Theme sounds when the train is leaving the station.
In 1954, Karas opened the Third Man Wine Tavern in Sievering, which of course became an instant attraction for tourists and locals. Karas played his zither live there until 1966.

Anton Karas’ original zither can be found in the Third Man Museum, along with much much more, just a few steps away from our Hotel Erzherzog Rainer. The museum is really worth seeing and I will tell you why in the next blog article! Stay tuned!